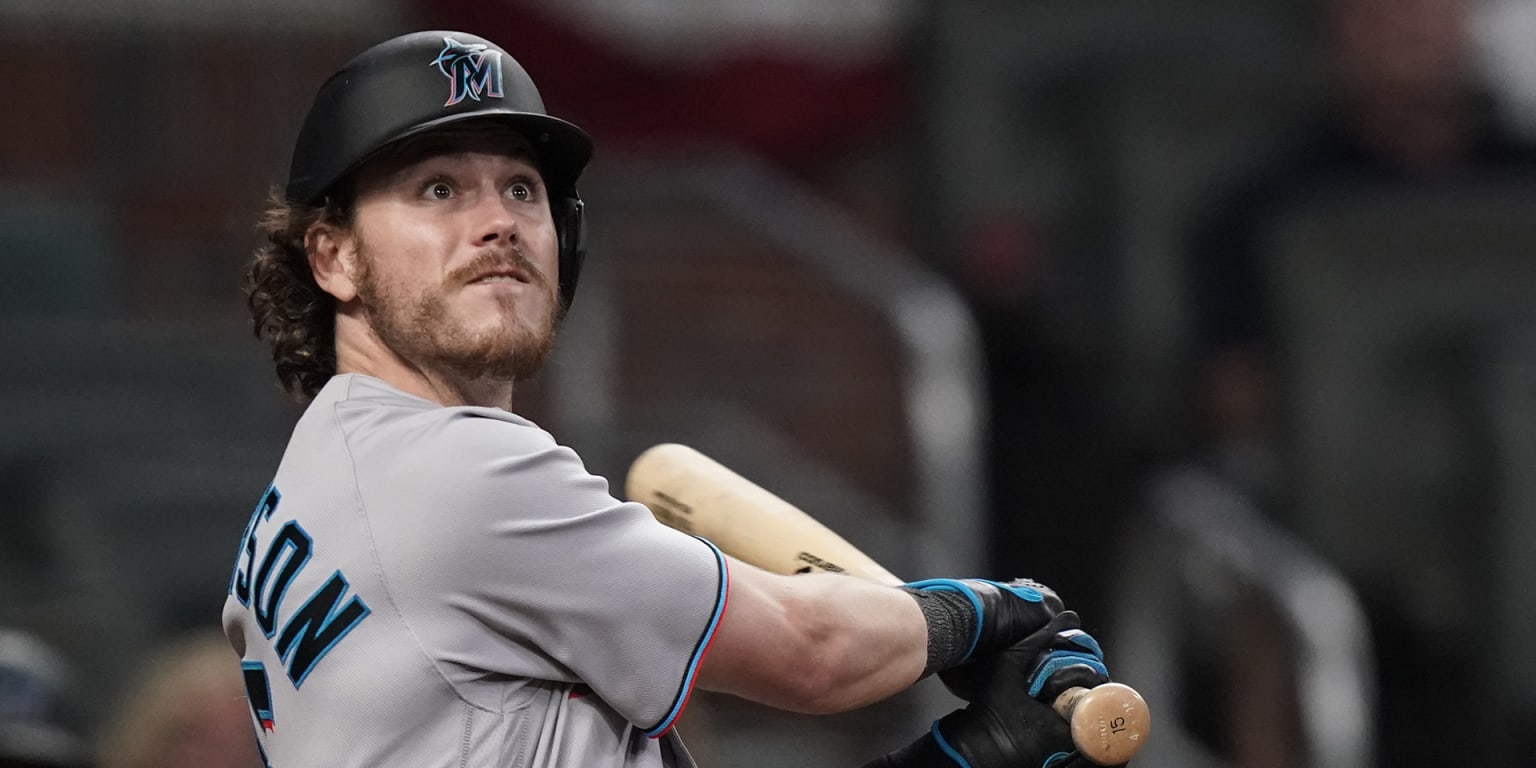 MIAMI — The Marlins activated third baseman Brian Anderson from the injured list and optioned No. 14 prospect Monte Harrison to Triple-A Jacksonville ahead of Tuesday’s homestand opener against the D-backs. The club also selected the contract of right-hander Anthony Bender as its corresponding roster move after placing rookie pitcher Paul Campbell on the restricted list (80-game suspension for testing positive for DHCMT).

Anderson went on the IL with a left oblique strain when the club began a 10-game road trip on April 22 in San Francisco. Before the stint, he was slashing .200/.262/.300 with one homer and a .562 OPS in 16 games. The 27-year-old was encountering a bit of bad luck, with a BABIP of .250. On Sunday, Anderson took batting practice without issue. On Tuesday, he was slotted fifth in the lineup.

“I expect that,” manager Don Mattingly said about Anderson’s possible return before roster moves were announced. “I haven’t talked to the trainer yet, but I think when we talked to Andy the other day that was the expectation. Nothing on the report yesterday backwards at all.”

In his first at-bat on Tuesday, Anderson stepped up to the plate with two outs and Corey Dickerson and Adam Duvall on base in the first inning. He promptly smacked a 3-1 sinker to the opposite field and over the right-field fence for a three-run homer.

Jon Berti, the club’s super-utility player, started all 11 games at the hot corner in Anderson’s absence. Harrison, who was recalled on Friday, went 1-for-5 in three games. The Marlins already had five outfielders on the active roster in Corey Dickerson, Adam Duvall, Lewis Brinson, Magneuris Sierra and Garrett Cooper. Miami elected to keep infielder José Devers (No. 8 prospect) on the roster as a backup option.

The Marlins signed Bender to a Minor League contract last November after he posted a 5.48 ERA in 22 outings for the Milwaukee Milkmen of the independent American Association of Professional Baseball. The 26-year-old has yet to make his MLB debut, previously playing for the Royals’ and Brewers’ farm systems. In Spring Training, he pitched 8 1/3 scoreless innings, allowing just three hits and two walks with 10 strikeouts and velocity in the high 90s.

Additional injury updates
• Infielder Jazz Chisholm Jr. (left hamstring strain) will be evaluated on Tuesday with the anticipation of beginning a running program and some light baseball activity this week.

“I’m encouraged [by] the way Jazz is feeling,” Mattingly said. “I know he’s feeling good. And now we just kind of follow medical [advice] and how they get him ready and where they feel confident that he’s ready to play again.”

• Center fielder Starling Marte (left rib fracture) is increasing his rotational work, but he has not begun baseball activity.

• Right-hander Elieser Hernandez (right biceps inflammation) threw a 30-pitch bullpen on Tuesday. He is scheduled for live BP on Saturday.

“Excited about where Elieser’s at and how he’s feeling,” Mattingly said. “We’re getting to this step, so that means we haven’t had any setbacks in any way. So now it’s just a matter of building him and getting his pitch count built up where he can make a start in the Major Leagues. Not a 50-pitch start. We’ve got to get him built up, and that’s the thing with starters — it takes time. So we’re still a little ways away from that. But I think we’re on a good path. He’s thrown I think two or three bullpens, now live BP’s the next step, and then he’ll continue to build from there. Very encouraged by what’s going on with Elieser.”

• Top prospect Sixto Sánchez (right shoulder inflammation) is throwing at 105 feet. His next progression will be 120 feet.

• No. 4 prospect Edward Cabrera (inflamed nerve in his right biceps) threw a 20-pitch bullpen on Monday, and he is scheduled for another on Friday.

The plan on the mound
The Marlins will play six straight games on their homestand, meaning they will need to return to a five-man rotation of sorts. Campbell’s turn comes up on Thursday, and another open spot is on Saturday. Pablo López was originally slated to start on Wednesday, but that is no longer set in stone.

“We’ll have a bullpen day in here,” Mattingly said. “There’ll be a bullpen day that we’ll be going with either [Wednesday] or the next day. And that’s one of the things that we’re talking through. Do we want to get Pablo the extra day as kind of part of the long-range plan of getting these guys extra days anywhere we can? We haven’t had a chance to talk to [general manager Kim Ng] today about any of that. But definitely over the next couple of days it’ll be a bullpen day.”