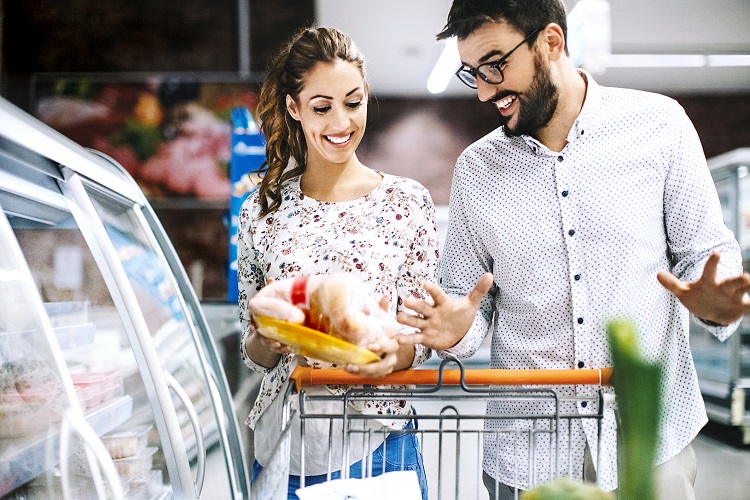 In Europe, the Commission is responding to mounting pressure to improve animal welfare standards across the bloc.

Not only has the EC announced plans to phase out caged farming​, but the Farm to Fork strategy has called for harmonised legislation on animal welfare labelling.

Without an EU-wide scheme currently in place, voluntary animal welfare labelling schemes are cropping up in various Member States. The Étiquette Bien-être Animal (Animal Welfare Label) in France, is one such example.

What could the European Commission learn from this particular labelling scheme, which signals both the animal welfare standard and method of production to consumers?

Quite a lot, according to Compassion in World Farming (CIWF), who at a recent European Food Forum (EFF) event made its case for the rollout of a mandatory, EU-wide animal welfare labelling scheme founded on the same principles.

The lay of the land​

Globally, as well as in Europe, the vast majority of farm animals are reared in intensive systems.

While CIWF, which advocates for the improvement of animal welfare for farmed animals, admits calculating exact figures is a challenge (due to animal welfare variation between species and countries), the charity estimates that 80% of farm animals are reared in intensive systems.

This, Amélie Legrand, Global Head of Research (Food Business) at CIWF said, means animals have been raised with high stock density in ‘barren environments’, with fast-growing genetics and/or high productivity.

“Meat and dairy labels can be misleading,” ​Legrand told delegates at the event, referring to misleading claims or misleading images presented at points of sale. “So it is very important to [respond to] this consumer demand for honest labelling for higher welfare products.”​

The demand is there, she reiterated. “When we ask consumers in Europe…they are highly motivated and highly interested in introducing labelling for animal products regarding animal welfare and method of production.”​

A 2013 survey suggested that 83% of UK consumers, 78% of Czech consumers, and 92% of French consumers want method of production (MOP) labelling extended to meat and dairy products.

And 2019 Eurogroup data revealed that 87% of EU respondents agree chicken sold in the EU should be labelling with information about the welfare standards they were raised under.

Putting the chicken before the egg​

The EU’s planned proposal for harmonised labelling in animal-sourced foods will not be the first time such a scheme is rolled out across the bloc.

In 2004, the Commission introduced mandatory egg labelling in Europe, responding to consumer demand for higher production methods. This ‘successful’ initiative, according to Legrand, serves as somewhat of a precedent.

Europe’s egg labelling scheme provides consumers with ‘very clear, consistent, transparent information’ concerning the method of production. “Through the codes on the shell of the eggs, we know whether the hen was reared in a cage, in a barn, or in free range or organic systems.”​

Specifically, the egg code consists of a number indicating the method of production, a two-letter code for the country of origin, and a registration number indicating the hen laying establishment. The egg stamp is required on all class A eggs sold in the EU, unless sold directly on the farm.

“After this labelling was introduced, we saw a very big jump in consumer demand, over the following years, for cage-free eggs – and that was across European countries,” ​stressed Legrand. “And obviously as a consequence, cage-free egg production in Europe also increased significantly.”​

CIWF suspects a mandatory animal welfare labelling scheme in Europe would have the same effect.

In recent years, several voluntary method of production labelling schemes have been developed to expand the EU’s egg code concept into other animal farm species.

In 2007, for example, the Beter Leven (Better Life) standard was introduced in the Netherlands, in 2009 the Für Mehr Tierschutz (For More Animal Welfare) was established in Germany, and in 2015 the RSPCA Assured scheme launched in Great Britain.

But it is a voluntary labelling scheme developed in France, the Étiquette Bien-être Animal (Animal Welfare Label), in 2018 that has CIWF’s attention. Surely because CIWF helped develop the label, but also because it has proved a ‘successful initiative’ for both animals and consumers alike.

Should the EU take a French lesson?​

First rolled out in Casino stores across France, the labelling scheme has since been adopted by supermarket Carrefour, retail company Système U, poultry brand Galliance, and agricultural cooperative Terrena, amongst others.

The label displays a score from A to E, and also assigns the food product one of five welfare standards: superior, good, quite good, standard, and minimal. The labels depicts in what environment the chicken was raised, be it free range, intensive indoors, or somewhere between the two.

According to Legrand, the label demonstrates transparency by being applicable to all production systems. “That is very important to us,” ​she explained, “as not only are the better and best systems labelling, but also the standard, more intensive, systems…so the consumer has very transparent information and can compare the different products in-store”.​

Further, it is ‘credible’, due to ‘strong’ third-party auditing (every farm and slaughterhouse is audited annually), and ‘robust’, thanks to the 220 criteria used to assess animal welfare standards in the scheme. This includes ‘all stages from birth to slaughter’, including transport.

“Most criteria are compulsory, in the sense that important criteria cannot compensate one another,” ​she continued.

The scheme was also designed with scale in mind, and after launching in Casino, the label was made available to other companies via an independent association. In the last two years, five poultry producers and joined the scheme, as well as seven ‘big retailers’ – representing more than 60% of the French retail sector.

In supermarkets across the country, more than 30 ranges of chicken products now carry the label.

“To date, there are 19 million chickens per years which are covered by the scheme, which represents 12% of France’s broiler production….and that includes 50% of free-range production.”​ ​

From a consumer perspective, CIWF notes almost 30% of shoppers say they pay attention to the label when choosing poultry products.

The Étiquette Bien-être Animal label meets all key recommendations highlighted in the Farm to Fork report, according to Legrand, who suggested the scheme could prove helpful in the Commission’s development of a harmonised approach.

“There could be scope for the ​Étiquette Bien-être Animal to form a solid basis for a much needed harmonisation of method of production and welfare labelling at EU level.”​

Legrand continued: “We believe that consumers need access to transparent, simple, consistent, and easily comparable information on method of production to make informed choices in the retail stores.​

“We believe that they have the right to have this information in a systematic way. And that’s why we believe that labelling should be mandatory, but it could indeed follow a voluntary scheme.” ​