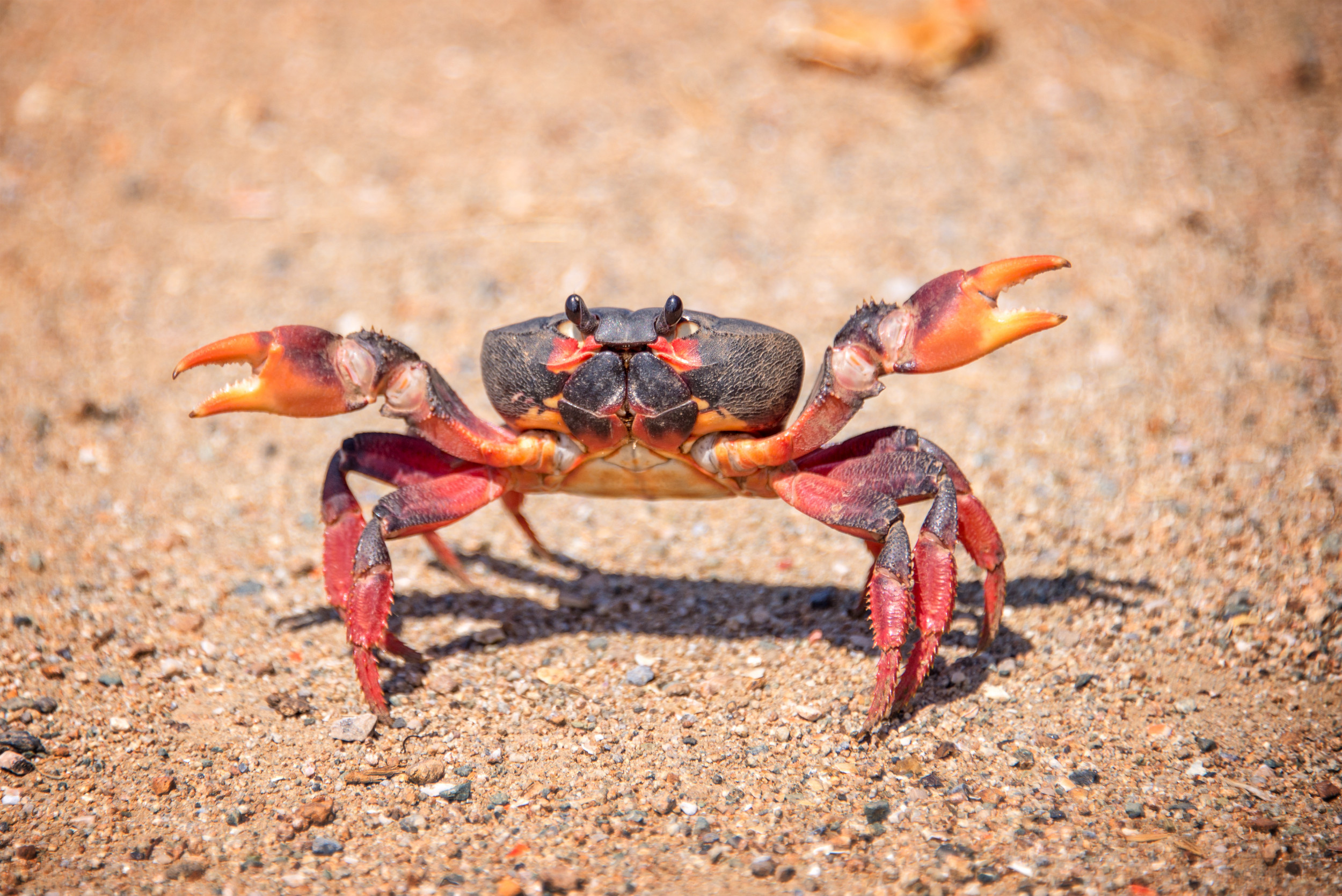 It’s true: Crabs keep turning up in nature, and it’s bothering scientists so much that they’ve been given federal grants to get to the bottom of it.

The phenomenon is so widely known that it’s been given a name—carcinization, a term that’s been in use for over 140 years. Through this process, crabs, the beach critters we all know and love, have evolved at least five times from separate groups of crustaceans, Newsweek has been told.

These groups had one common ancestor, but over 300 million years ago. That means there’s been a lot of time for evolution, but still the crabs keep coming.

“Carcinization can be defined as the evolutionary process leading to the crab-like form,” said Heather Bracken-Grissom, associate professor at the Institute of Environment and Department of Biological Sciences at Florida International University, who has been studying the phenomenon.

“We know the process has occurred multiple times and our current grant is aimed at better understanding the drivers and implications.”

Not all the species to have undergone carcinization have become crabs in the technical sense. Some have merely become crab-like, adopting their shape and form. Carcinized species can be divided into two main groups: Brachyura, which are true crabs, and Anomura, or false crabs.

But it still poses the question: What makes the crab shape so successful that species keep trying to emulate it?

Joanna Wolfe, a researcher at the Department of Organismic & Evolutionary Biology at Harvard University, has been looking into this.

“At least five groups of decapod crustaceans have evolved a crab-like body form,” she told Newsweek. These include most eubrachyurans—the group which includes most land crabs—plus sponge crabs, porcelain crabs, king crabs and the hairy stone crab.

So how do these creatures end up so crabby? The process of carcinization involves adopting various crab-like characteristics, Wolfe explained, like a flattened, often round carapace (upper shell), and a pleon (abdomen) that is folded under the body.

Searching for a Reason

Why they do this is another question. “We are still not sure,” said Wolfe. “The pleon being folded under the body makes a smaller target for predators. Perhaps crabs are better able to fit into small places to hide. Perhaps they can move faster with the ability to walk sideways.

“But there isn’t yet direct experimental evidence comparing carcinized and uncarcinized forms as to how they may perform at some of these strategies.”

It could be assumed that crabs are some sort of ultimate evolutionary form, but the experts say that is not the case.

“Whatever the advantages are, they do not apply in all habitats because some groups have also lost carcinization; one modern example being the frog crab.”

Wolfe and Bracken-Grissom’s area of study aims partly to find out whether crab-like evolutionary forms can be predicted. Thankfully, neither of them thinks that humans are likely to turn into crabs any time soon.

Their 2021 study on the topic, How to become a crab: Phenotypic constraints on a recurring body plan, was published in the journal BioEssays in March.