Another Rocker Is Canceling His Own Song Due to Modern Wokeism 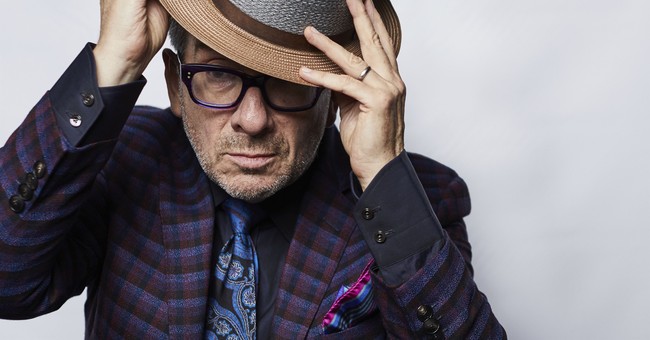 After 40 years, one of Elvis Costello’s classic anthems is deemed inappropriate by modern sensibilities and cancel culture.

It was just this past fall when it was reported the Rolling Stones had culled the song ‘’Brown Sugar’’ from their playlists on their current tour. In it, the bold references to slavery might jar people initially, but it is far from glorifying things. Yet too many today squeal about the song they are not required to listen to, and in identical fashion, another rocker is shelving a hit to appease those who are not fans.

Elvis Costello is set to release a new album this week, with a tour set for the summer in England, but he has stated he too will forego a staple from his discography. Due to persistent griping from non-fans about a scalding lyric, he will no longer play his classic hit “Oliver’s Army”, and he has requested that radio stations refrain from playing it. By the sounds of it, this is not a result of Costello signaling his woke bona fides, but instead of his tiring over the ignorant complaints. “People hear that word go off like a bell and accuse me of something that I didn’t intend,” he said.

A shot of Elvis Costello after he is tired of the cancel culture goofballs that lead to him pulling ”Oliver’s Army” from his playlist. pic.twitter.com/4miTREAz78

That word in question has been playing on the radio for over four decades now, without deleterious effects on society. But these days, it is somehow deeply problematic. The irony is that the context of the song not only erases the possible racist connotations that the idiots leap to, but they also end up ignoring the message itself. This is the line that has everyone so hot and bothered.

Now for the needed context. “Oliver’s Army” is a bit of rebellious pop, one with a dose of surreptitious creativity leading to success. Famed producer and songwriter Nick Lowe was producing for Elvis Costello and the Attractions on the “Armed Forces” album, but Elvis was having an issue with this particular song. It was one he had recently written but had been bothered by the results in the studio.

After a trip to Belfast, Ireland, Costello witnessed some of the religious strife and military engagements so rampant in that country firsthand, and he wrote the song on the plane trip in return to England. While laying tracks for their third album, Elvis had wanted to shelve the song, but Lowe was impressed enough by it that he was ready to take it over for himself. Then the Attractions’ keyboardist Steve Nieve proposed adding in a piano track similar to those heard on ABBA songs.

As Nick Lowe says when this happened, “[S}uddenly the thing went from black-and-white to fireworks.”

“Oliver’s Army” became Costello’s biggest hit, and it is a subversive piece of pop. Matching the bouncy instrumentals, he delivers an off-brand upbeat vocalization, all of which defy the harsh commentary of the lyrics. He sings of both the violent Irish conflict, as well as the British military reliance on recruiting poor and uneducated, blue-collar British males for their efforts.

The titular Oliver is that of Cromwell, the famed British general who led forces against Ireland in the 1600s. Costello delivered the irony of those forces still in effect with the battle between Protestants and Catholics. He alludes to the Murder Mile, a section known at the time for kidnappings that took place between the opposing sides. He also refers to the reliance of the British military on working-class recruits. The line “the boys from the Mercy, and the Thames, and the Tyne” points to the cities on those rivers: Liverpool, London, and Newcastle. These cities in that era were in high unemployment levels, and the army recruitment was heavy in those towns.

He explained this in the liner notes of the 2002 reissue of the album.

“I made my first trip to Belfast in 1978 and saw mere boys walking around in battle dress with automatic weapons. They were no longer just on the evening news. These snapshot experiences exploded into visions of mercenaries and imperial armies around the world. The song was based on the premise ‘they always get a working-class boy to do the killing’.”

This actually all ties into the supposed hateful lyrics. The term used is actually a common one heard in the area between the opposing sides. Costello explained: “That’s what my grandfather was called in the British army — it’s historically a fact.” There is no place for factually accurate portrayals in songs, if someone can be offended while misunderstanding it.

Despite decades of airplay, in recent years the song has become targeted by the censor crowds. About nine years ago, the BBC elected to cut out the offending phrase on the air. In the ensuing years, a growing number of stations either followed suit or pulled the song from their rotation entirely. Costello attempted to address the moves, altering the song himself for a brief period as a commentary to this reaction.

“On the last tour, I wrote a new verse about censorship, but what’s the point of that? So I’ve decided I’m not going to play it. [Bleeping out the word on the radio] is a mistake. They’re making it worse by bleeping it for sure. Because they’re highlighting it then. Just don’t play the record!”

This sounds less like a performer looking to impress a new audience than it does sound more like an artist tiring of contemporary scolds maligning his work. Maybe it is better to just put it on the shelf for now and wait to see if the venom over art dissipates. Like Keith Richards put it about pulling their song from the tour, “I’m hoping that we’ll be able to resurrect the babe in her glory somewhere along the track.”

A lot of sane fans are thinking the same way, Keith.