AOC Blames Inflation on ‘Monopoly Power,’ From Ticketmaster to Groceries 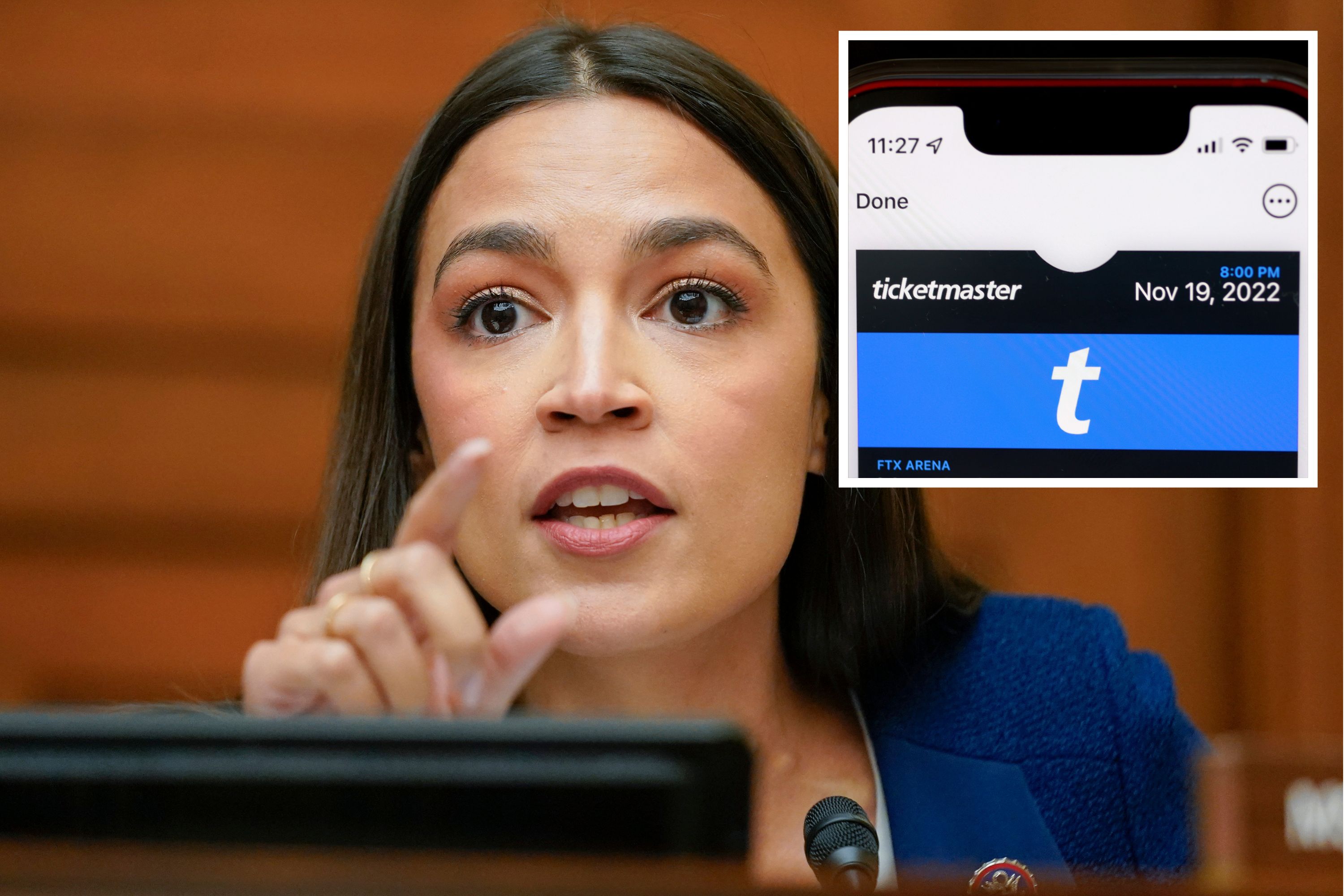 The ticketing hub has been under intense scrutiny in the last few weeks after sales for Taylor Swift’s coming 2023 Eras Tour turned into a ticketing nightmare. Verified fans who signed up for the presale were held in hours-long queues online amid website crashes and “historically unprecedented demand with millions showing up to buy tickets,” Ticketmaster tweeted last week.

Fans were angered and calls for an investigation into Ticketmaster’s business were echoed by members of Congress, including Ocasio-Cortez, who on November 15 wrote on Twitter, “Daily reminder that Ticketmaster is a monopoly, it’s [sic] merger with LiveNation should never have been approved, and they need to be reigned [sic] in. Break them up.”

An official investigation was launched by the Department of Justice (DOJ) to determine whether Live Nation Entertainment, a company that merged with Ticketmaster in 2010, has abused its power over the live music industry, and Ocasio-Cortez affirmed that she is supporting the disentanglement of the merger.

In a recent interview with Rolling Stone, the New York Democrat said, “I was watching what was going on with the pre-release of Taylor Swift’s tickets. It came up on a more personal level; I actually have quite a few staff who were trying to get tickets that day. Between seeing their experience and seeing all the people online talking about it, I think it really showed how widespread the problem is and reflects the degree of market consolidation in this industry.”

With her work on the Select Committee for Economic Inequality, Ocasio-Cortez said that “One of the things we’ve been increasingly seeing is that these price increases because of inflation and abuse of market power are due to market consolidation. It’s gotten so bad that we’re really seeing it affect our everyday lives, from how much we’re paying at grocery stores, to not being able to see our favorite artists without paying an arm and a leg.”

While Ticketmaster’s purchasing system made tickets extremely hard to come by for many fans last week, others able to purchase tickets to see Swift reported unprecedented prices. Some fans even joked that it would be cheaper to rent Swift’s Cornelia Street townhouse in Greenwich Village, Manhattan, for $45,000 a month than to purchase two tickets, especially when sites like StubHub have seen tickets listed for upwards of $76,000.

“Between the prices and the fees, every single person who bought tickets for the last 10 years has seen how much worse this has been getting,” Ocasio-Cortez continued. “I’m supporting unwinding that merger. I don’t believe it should’ve been approved in the first place. My hope is that the DOJ investigation is going to reveal how grave the abuse of market share and power is, and how it’s played a role in the prices that everyday consumers are seeing.”

Newsweek has reached out to a representative for AOC and Ticketmaster for comment.

Trump Declares His January 6 Actions as Peaceful and Patriotic
Focus on the Family Vandalized After Club Q Shooting: ‘Blood on Your Hands’