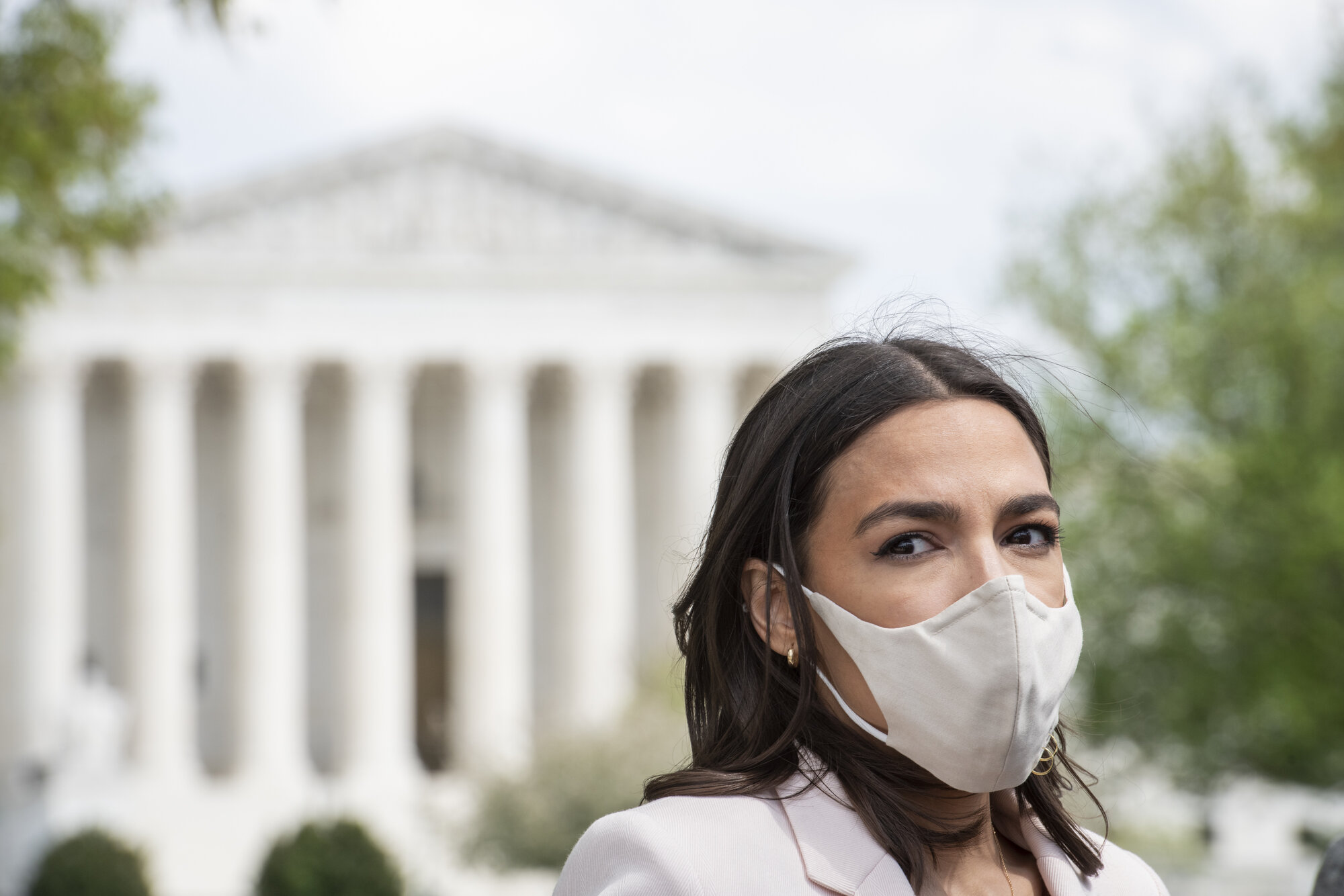 New York congresswoman Alexandria Ocasio-Cortez made headlines for a fiery tweet on Thursday, in response to the news of Facebook’s name change that represents a major rebrand of its corporate identity. The name, of course, is changing from Facebook to Meta. That’s a consequence of CEO Mark Zuckerberg’s desire to reorient the company around the concept of the metaverse. But AOC, one of the most consistently anti-Facebook politicians in Congress, was having none of it. “Meta,” she tweeted, “as in ‘we are a cancer to democracy metastasizing into a global surveillance and propaganda machine for boosting authoritarian regimes and destroying civil society … for profit!”

What her tweet didn’t make clear, however, is that the congresswoman’s campaign has considerably added to the very Facebook profit machine she railed against. Indeed, Facebook’s ad library shows that AOC has spent millions of dollars on ads across the company’s services. Including new fundraising pitches that started running on Facebook and Instagram the day before her tweet comparing the company to cancer.

“It takes immense resources to run a campaign like this, and it is critical that we hit our fundraising goals to continue these efforts,” reads the text of an ad, paid for by “Alexandria Ocasio-Cortez for Congress.” It started running on Facebook and Instagram on October 27. “If you are able to support this movement we are building, can you chip in $3 today?”

Meta as in “we are a cancer to democracy metastasizing into a global surveillance and propaganda machine for boosting authoritarian regimes and destroying civil society… for profit!” https://t.co/jzOcCFaWkJ

Is this hypocritical? Is it a reflection of Facebook being so pervasive a force that a good politician can’t operate with it? The answer depends, of course, on who you ask.

“Obviously I’m good w/ AOC using FB to find donors and organize / message etc!” ex-Buzzfeed editor Tom Gara, who now works at Facebook, tweeted in response to a conversation on Twitter about this. “I think it’s weird to do that *and* say it’s a cancer destroying democracy.”

Also participating in that same Twitter discussion was writer Zeynep Tufekci. She said what AOC is doing is more along the lines of people who understand that cars are a long-term net negative for the environment. But who also realize there are places in the country where you really have to have them.

The false claim I can’t seem to get you to let go of is that AOC is using Facebook ads the way other politicians do. The better analogy is “I will do donuts in this Formula 1 car while calling people to give me money to pay for gas.” Her FB spending is bizarrely circular. pic.twitter.com/6CL18Ua9xi

AOC’s criticisms of Facebook, indeed, have been mounting all year. Including following the January 6 attack at the US Capitol, which she’s partly blamed Facebook and Zuckerberg himself for.

Even so, despite that she’s used Facebook’s tools like this for a while now (the NYT, for example, reported that AOC spent a few million dollars on Facebook ads during the election cycle in 2019 alone), she’s not unique. There are also a number of Facebook critics in Congress who nevertheless use the company’s products to win elections. And who rely in part on those same products to stay in office.

The controversial Georgia Republican congresswoman Marjorie Taylor Greene, for example, has described Big Tech companies like Facebook as comprising a “Silicon Valley cartel.” And she’s also amplified the frequent line of attack popular among those on the right — that Facebook engages in anti-conservative bias. In addition to having reportedly held stock in Facebook along with her husband, though, Business Insider reports that Green had spent $45,434 on Facebook ads so far in 2021 (at least, through August). Republican Sen. Tom Cotton of Arkansas, another Big Tech critic? His campaign spent almost $65,000 on Facebook ads during the second quarter, according to BI.

There are other examples, including Texas Republican congressman Dan Crenshaw. He’s likewise bemoaned tech censorship yet spent more than $103,000 on Facebook ads this year. You could argue that the difference between all of these examples and that of AOC’s, though, is roughly comparable to someone playing a game they think is rigged, compared to someone continuing to play a game they’ve declared to be evil.

The New York congresswoman, no surprise, got significant attention and coverage for her comparison of the social network to cancer after the announcement of the Facebook name change.

Alexandria Ocasio-Cortez slams Facebook after Meta rebrand as ‘a cancer to democracy’ https://t.co/bkOx55s2J6