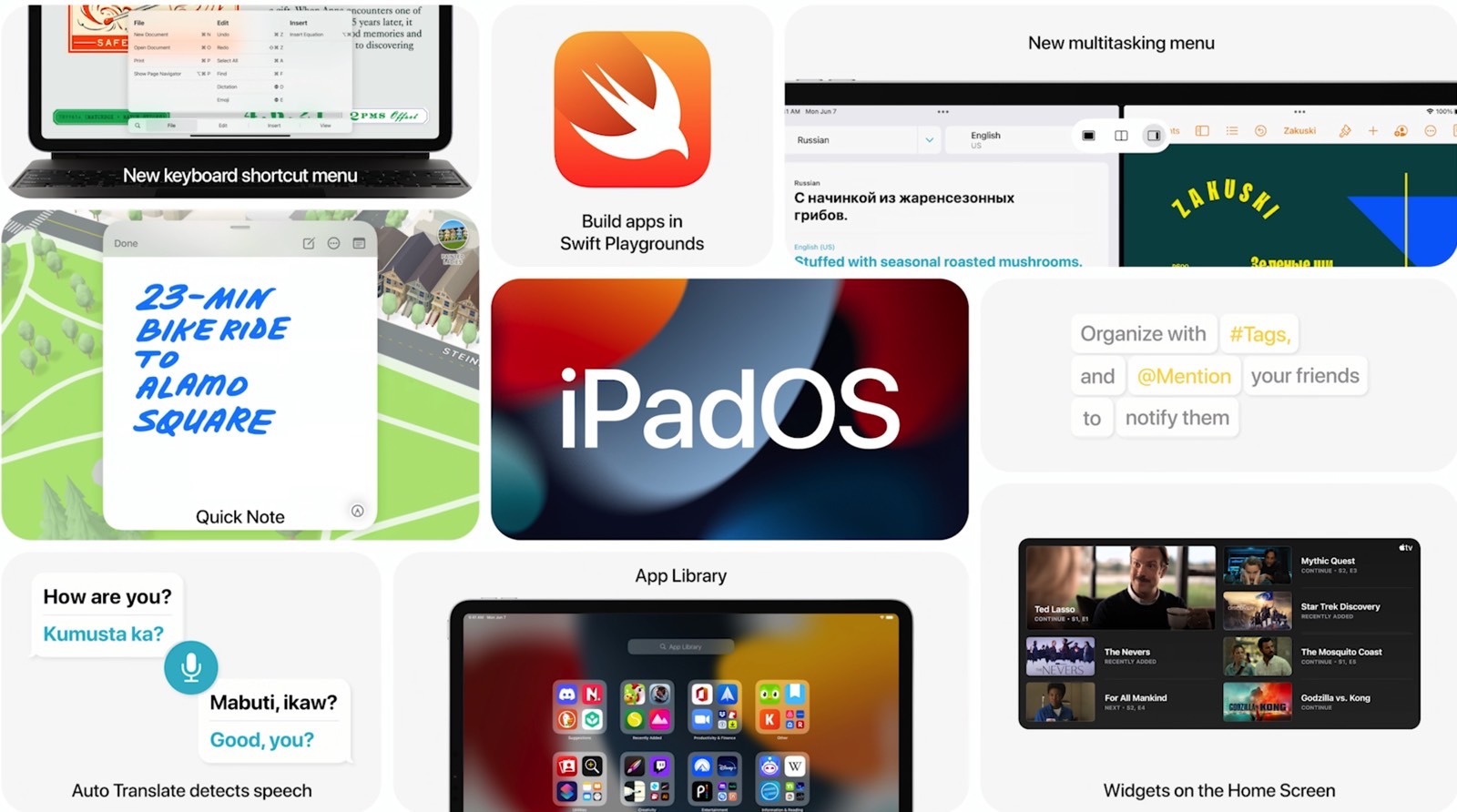 Given that Apple last year formally announced its plan to ditch Intel for its own ARM-based chips, it’s pretty unlikely that WWDC 2021 will be as momentous an event as WWDC 2020. Still, Apple engineers have been working hard over the last year — through a pandemic, no less — to deliver impressive software updates across the entirety of the company’s product line.

To this end, Apple today, after barrelling through an avalanche of new iOS features, officially took the wraps off of iPadOS 15. Right off the bat, Apple executive Craig Federighi started off by highlighting that iPadOS now supports Widgets right from the home screen. Additionally, App Library is coming to iPadOS 15.

iPadOS 15 also includes new multitasking functionality. Users can simply tap on the screen and bring up a new multitasking menu at the top whereupon they can view an app in full screen or select two apps that can coexist side by side. Beyond that, iPadOS 15 now includes an “app shelf” that rests at the bottom of the display that will show you which windows are open at any given time.

And as you would expect, Apple has added a few new keyboard shortcuts to support all of the new multitasking options.

Another new feature that underscores Apple’s efforts to make iPadOS more capable for power users is the ability to send a notification to someone by simply mentioning them in a shared note.

One intriguing and new iPadOS 15 feature Apple announced today is called Quick Note. Quick Note essentially lets users swipe up from the bottom of the display with Apple Pencil whereupon a note file will open up immediately.

A life long Mac user and Apple enthusiast, Yoni Heisler has been writing about Apple and the tech industry at large for over 6 years. His writing has appeared in Edible Apple, Network World, MacLife, Macworld UK, and most recently, TUAW. When not writing about and analyzing the latest happenings with Apple, Yoni enjoys catching Improv shows in Chicago, playing soccer, and cultivating new TV show addictions, the most recent examples being The Walking Dead and Broad City.