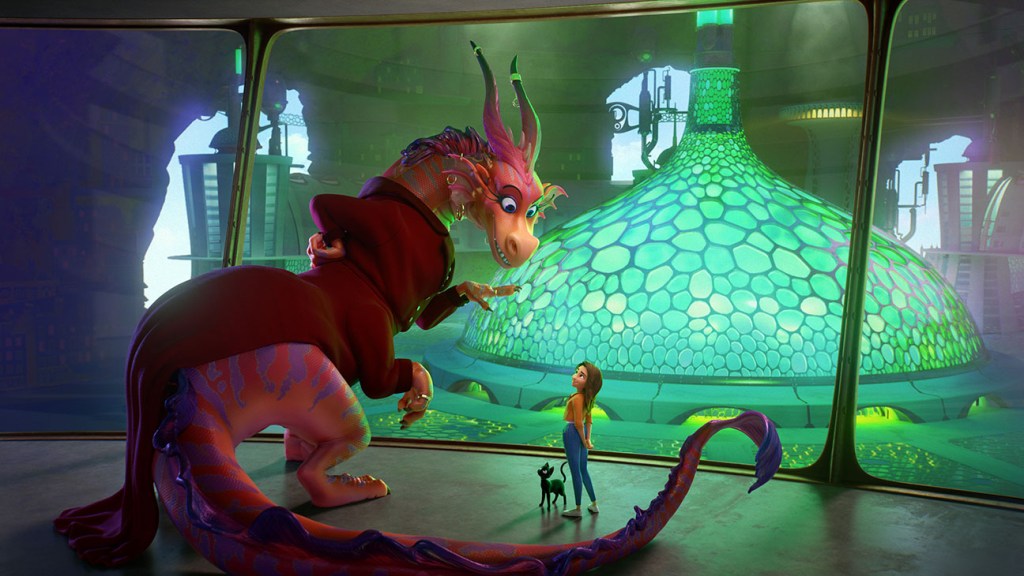 “Luck is different all around the world,” explains a black cat named Bob, voiced by Simon Pegg, in the opening seconds of Apple Original Films and Skydance Animation’s new teaser trailer for Luck.

Bob then bounces and strolls through the confines of the Land of Luck, which is buzzing with leprechauns, bunnies, bears, pigs and other pint-sized creatures: “We work behind the scenes to create those wee lucky and unlucky moments that make up your everyday life.” Bob then declares that no human has ever stepped foot inside, “and, with a little bit of luck, they never will.” Twist! Just then, a human stumbles through the door. “Where am I?” asks Sam, voiced by Eva Noblezada.

Directed by Peggy Holmes from a script by Kiel Murray, the story follows Sam Greenfield, the unluckiest person in the world, as she enters the Land of Luck only to set out on a quest to bring some good luck home for her best friend. But with humans not allowed inside, her only chance is to team up with the magical creatures who live there to pull it off.

Exclusive footage will be revealed at the upcoming Annecy International Animation Film Festival’s Work in Progress sessions on June 14, when Holmes, with key members of the animation team, will share insights into the creative journey.

Luck will premiere globally on Apple TV+ on August 5. See the teaser trailer below.