Arab teams punch above their weight at World Cup

Home /General/Arab teams punch above their weight at World Cup 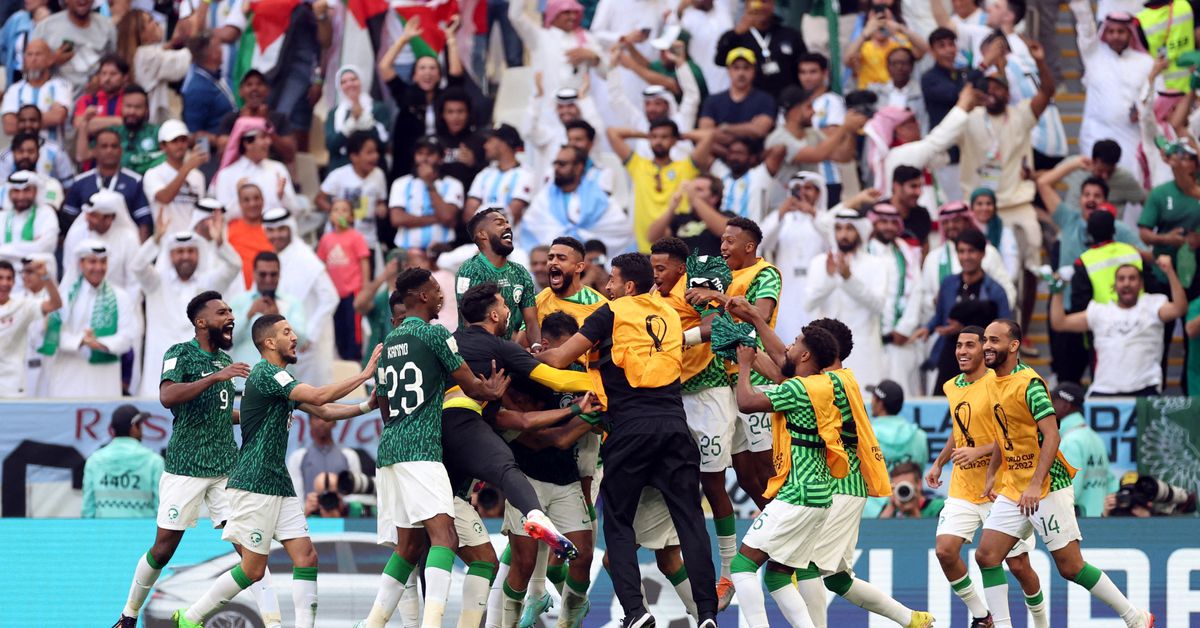 ALRAYYAN, Qatar, Nov 23 (Reuters) – Saudi Arabia’s stunning 2-1 upset win over twice world champions Argentina set the tone for an upswing in the fortunes of the Arab teams at the World Cup in Qatar.

Although the hosts started with a disappointing performance in their 2-0 defeat by Ecuador, Tunisia and Morocco seemed to draw inspiration from Saudi Arabia’s display.

Tunisia battled to a goalless draw with Denmark and Morocco achieved the same result against 2018 World Cup runners-up Croatia.

“I watched the Saudi Arabia game earlier – 31% possession and they had three shots on target, but they won against Argentina, against the best player in history,” Regragui told reporters.

Morocco drew with Croatia after a strong defensive performance as they embark on a long-term plan to regain the African Cup of Nations title they last won in 1976.

The Arab teams appear to be benefiting from the tournament taking place in Qatar.

Saudi Arabia has borders with the host country and many Tunisians and Moroccans live in Qatar or neighbouring countries.

“This contributed to the presence of a large number of our fans in the stadium. We had to think about it and think about the 35 million Saudis who waited for this match,” Saudi Arabia coach Herve Renard said.

“I told the players that life will stop in Saudi Arabia today, and everyone will wait for this match. The number of fans was large, but I hope it will be even larger.”

Tunisia coach Jalel Kadri echoed those sentiments after his team’s draw with Denmark.

“The fan factor was very positive for us. It mentally gave us a great lift and we are looking forward to seeing the fans continue to do that for us,” Kadri said.

Regragui described conditions in Qatar as similar to those in Morocco.

“We feel that we are home, and I am happy to be in Qatar and the Moroccan and Arab fans in the stands supported us and gave us strength when we felt tired,” he said.