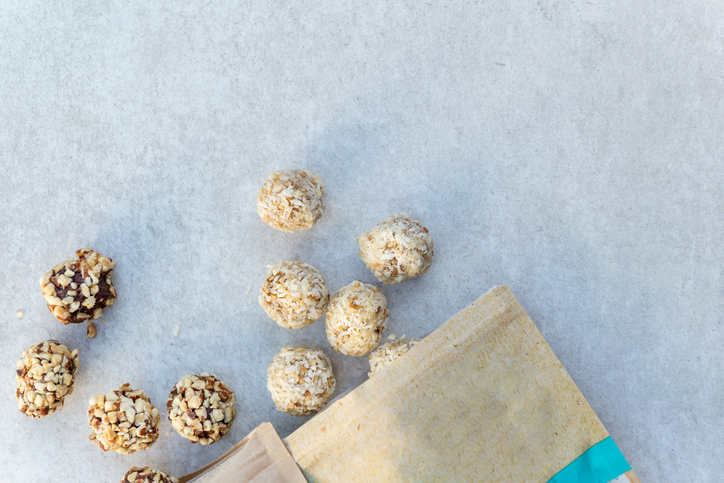 COVID concerns have created a public appetite for health improvement; a fact that’s helped boost cereal bar sales in the UK at least. Despite on-the-go-sales taking a knock, snack bar sales at the end of January 2021 managed to grow 2% on the same period the year previously, according to Kantar.

A report late last year from the FoodFoundation meanwhile complained that healthier foods are much more expensive than those loaded with unhealthy levels of fat, sugar and salt​.

Those in the sector are confident, however, that the current offer on the market is providing enough incentives for people to include healthy snacks in their diet.

Jean-Christophe Flatin, president of Mars Edge — the segment of Mars Incorporated dedicated to supporting human health through nutrition — told the event that consumers are increasingly interested in exploring new products in the health and wellness space. And while prices currently hover above conventional snacking products, he sees them moving more into the mainstream​.

But John McManus, UK marketing director at KIND (a brand also owned by Mars) said more consumers now accept that healthier choices come with higher prices. “Because of the ingredients we use, we are inherently more expensive,”​ he said. “To be a viable option for us a business we need to charge a certain amount more and, I think particularly in the UK where we have retailer margins at an all-time high, this needs to be realistic.​

“For example, on a normal shelf, we are 40% more expensive than what we sit next to. But over the last five years we are performing better than products that are not as nutritionally dense as KIND.”​

Consumers, he said, are making the link between “if I make a healthier choice, I’m accepting the higher price​”. He joked: “Obviously, I’d like 15 million other consumers to make that choice as well. But we are seeing a rise in that and it’s a clear link that they are making.”​

Nuts, though “incredibly nutritionally dense​”, are a premium priced product, he explained. “We have to do a job as a snacking brand to bridge that gap between consumers need for functional beneficial foods and the awareness that that might cost more, and you’re doing something good for you if you’re spending that extra money.”​

Cathy Moseley, founder of Boundless Activated Snacking, which offers a range of ‘activated’ high-protein gluten-free nut and seed mixes, added: “I think the biggest challenge we have now as healthier snacking or food as a whole is getting people to be in the mindset of actually ‘if I pay more, I get less but it’s better for me’. It’s going to take the next decade to educate people on that understanding​.”

Amanda Argent, founder of Soupologie, which has launched two products under a new snack and meal pot sub-brand called Foodolgie, said her brand had decided against using organic produce, instead opting to use locally-sourced, often unwanted vegetables in order to keep the price point as accessible as possible. “Using organic adds 40% onto the price of our soups and meals and in the end what we wanted to make healthy food very tasty but as accessible to as many people as possible and to actually sure it is not elite in any way,”​ she told viewers.

“The best way to do that is to source as many of the vegetables locally. So they’re not organic but they’re local, we’re using wonky veg that might otherwise be discarded  – and we feel that the nutrients we’re able to get from that combined with the local price we’re able to offer people is actually better than going down the organic route”​

Missed any of the FoodNavigator Digital Summit 2021: Positive Nutrition? Don’t worry, you can still access all of our sessions and handouts, which will be available on-demand for the next 90 days. ​​Click here to REGISTER FOR FREE​​. ​​