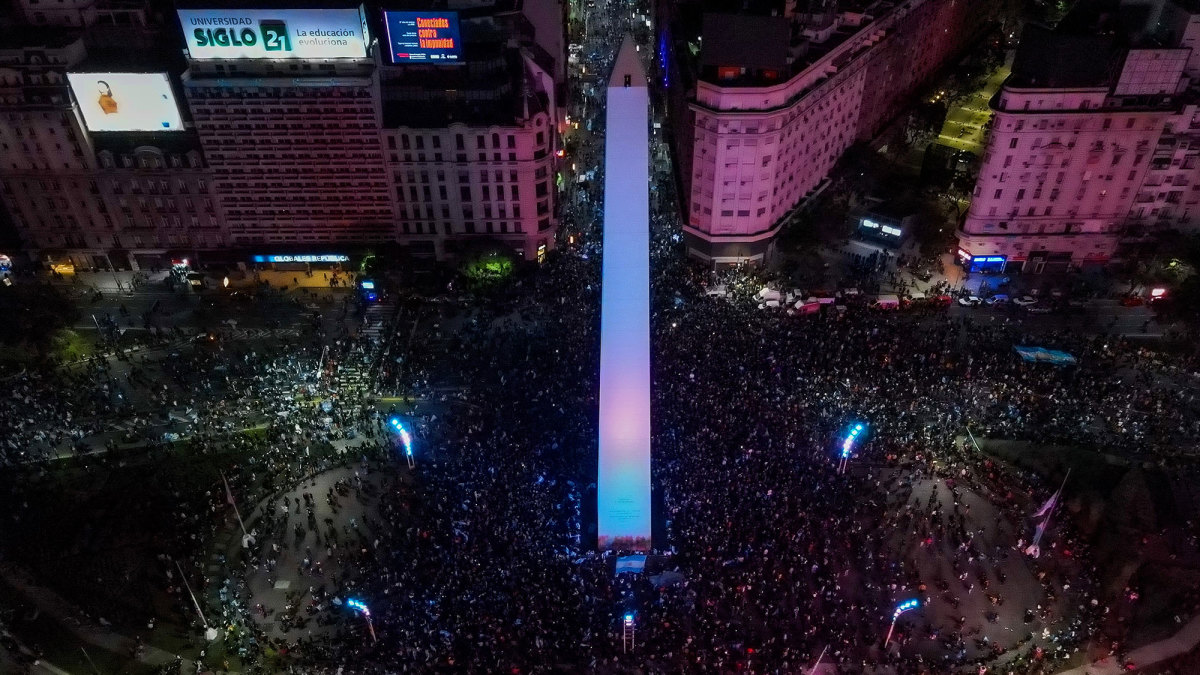 Argentina’s 1–0 win over Brazil on Saturday to win the Copa América is the country’s first major international title since 1993 — the last time it won the Copa América. And with the historic win comes a historic celebration.

This marks Lionel Messi’s first ever title with Argentina ever since he started competing internationally in 2005 (he won Olympic gold in 2008, but the Olympics are considered a youth tournament). The celebrations started on the pitch, with Messi being tossed in the air by his teammates before being gifted the trophy that eluded him and his country for so long. He also video chatted with his family before the party moved to the locker room.

On the other side of the celebrations was heartbreak for Brazil and Neymar, Messi’s former Barcelona teammate who came to congratulate him amid all of the postgame activity on the field.

The streets of Buenos Aires celebrated the win like only of the most storied countries in the sport’s history could. With the win, Argentina tied Uruguay with the most Copa America wins in history with 15.

It took 28 years, but Buenos Aires got its celebration as well.

Celebrations were even happening in Barcelona too, even though Messi’s contract with Barcelona has expired and he’s currently a free agent. He’s fully expected to re-sign with the only club he has ever known as a professional.