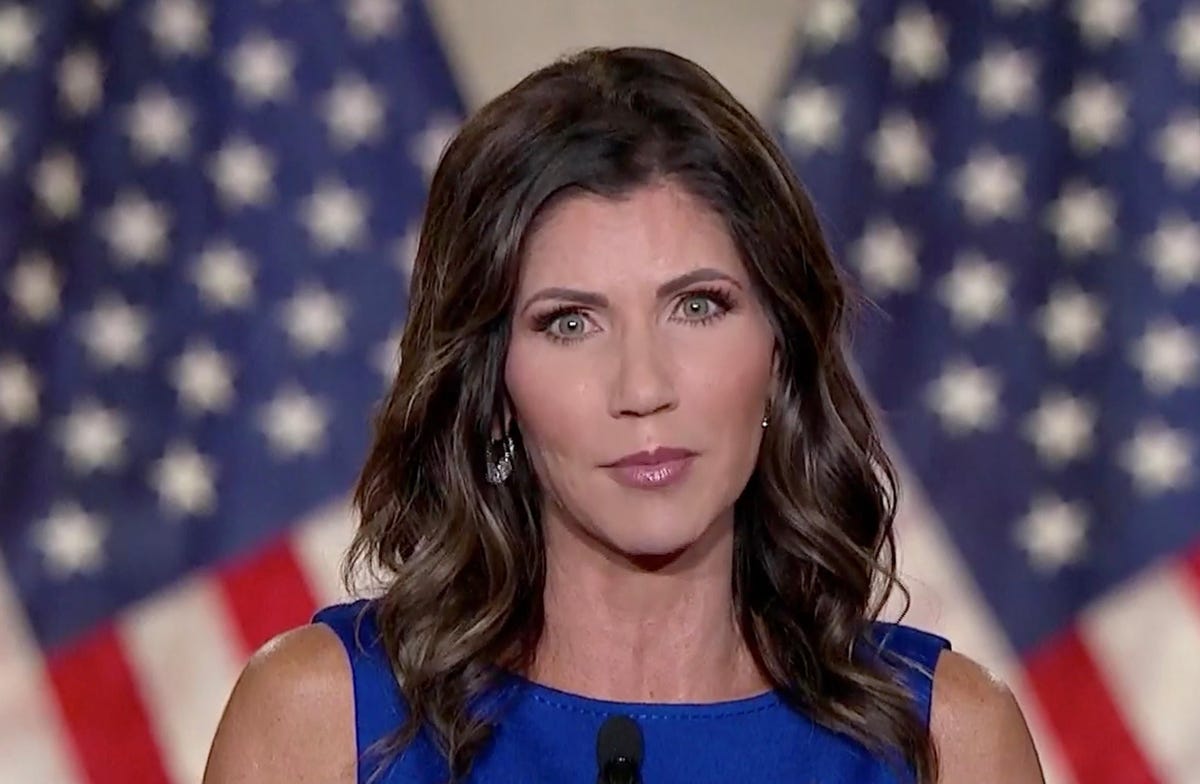 The Arkansas Republican Party paid $15,000 for South Dakota Gov. Kristi Noem (R) to fly to a fundraiser, according to a Federal Election Commission filing released Wednesday.

The average commercial airfare in 2020 for flights originating in Pierre, home of the South Dakota governor’s mansion, was considerably cheaper, just $455, according to the Department of Transportation. Commercial flights between Pierre and Little Rock currently go for $550 to $810 on Kayak.com.

In addition to footing the bill for a $15,000 flight, the Arkansas GOP thanked Noem by presenting with her a .44 magnum Henry Big Boy lever-action rifle, which retails for $1,000. The gun manufacturer touted the gift with a photo of Noem holding her new gun.

The Arkansas GOP charged $150 per ticket to the dinner and another $250 to attend a photo reception with Noem, according to the The Saline Courier. The dinner, which was supposed to include about 600 people, sold out,  according to an attendee.

Spokespeople for the Arkansas GOP have not responded to inquiries. Noem’s communications director did not provide details about the governor’s travel, other than to confirm that the $15,000 flight was an in-kind contribution.

I took an unusual route to get here. In a past life, I worked as a travel and food writer, which is how I got the assignment in 2016 to cover the grand opening of the