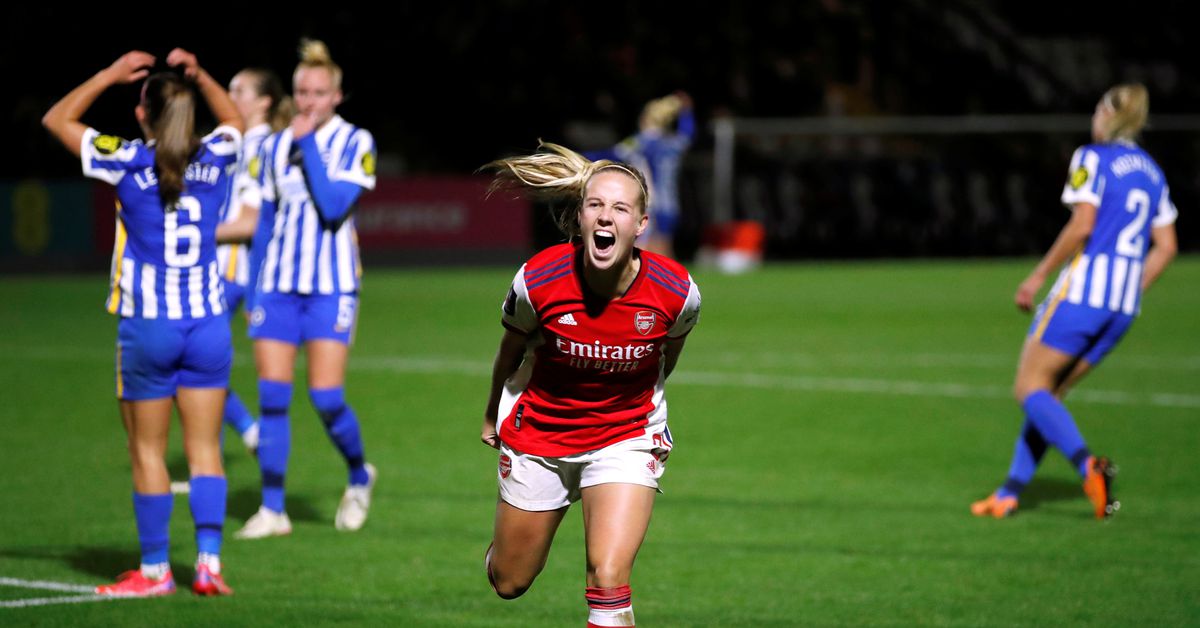 LONDON, England, Oct 31 (Reuters) – Arsenal forward Beth Mead was the star of the show as they hammered Brighton & Hove Albion 3-0 to set up a Women’s FA Cup final showdown with Chelsea, who eased past holders Manchester City earlier on Sunday.

The final, which had to be rescheduled after the competition was halted in January due to the COVID-19 pandemic, will take place at London’s Wembley Stadium on Dec. 5.

Arsenal, who sit top of the Women’s Super League standings, dominated possession in the first half but created little as the Brighton defence held firm, with Caitlin Foord spurning their best chance when she had only the keeper to beat.

But their quality finally told in the 50th minute as Kim Little found the net after some excellent work from Mead on the left. The England international scored herself four minutes later when she rifled a low shot into the far corner.

Brighton offered little in attack as the game wore on and Leah Williamson completed the win for Arsenal in the 76th, with Mead again the provider.

Earlier, Chelsea were too good for City as they made the most of some sloppy goalkeeping from Karima Taieb and scored twice in a five-minute spell in the first half.

Erin Cuthbert put them ahead in the 23rd minute with a blistering effort that went through Taieb’s hands before Melanie Leupolz netted with a low shot after the City defence failed to clear their lines.

City, seeking a third straight title in the competition, improved in the second half but conceded again when Beth England headed home from a Jessie Fleming cross in the 89th minute to seal victory for the London side.

“I thought our mentality was superb today — our pressing, our counter-pressing, our restarts, how we created chances was so efficient,” said Chelsea manager Emma Hayes.

“We didn’t let the game turn into something it didn’t need to be. We’ve been giving away unnecessary goals so it was nice to keep a clean sheet.”

Reporting by Dhruv Munjal in Bengaluru; Editing by Ken Ferris