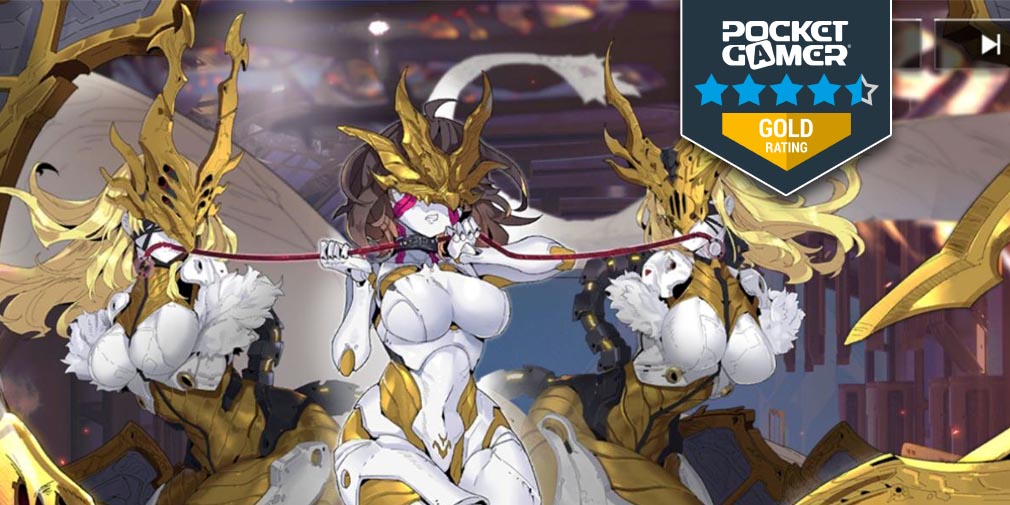 Watching a loved one die right before your eyes is already horrific as it is – but imagine what it would be like if they died from your own hands, only you had no control over yourself while you were doing the deed?

One of the very first questions the main protagonists of The Last Of Us Part I asked themselves was if the zombified humans were still alive in there somewhere, conscious about what’s happening but helpless about who’s steering the wheel. Artery Gear: Fusion reminded me so much about that thought-provoking question, as both humans and mecha-hybrids struggle to fight against the Puppetisation that has plagued the world.

With this kind of premise, is Artery Gear: Fusion worth your precious time and effort?

This post-apocalyptic JRPG thrusts players into a world where the last remnants of humanity are fighting for survival against being Puppetised. Puppet Masters have ravaged the planet, turning human beings into mere ragdolls to do their own bidding.

To fight back against extinction, humans have formed elite armies of cybernetically enhanced female warriors called Artery Gear. Of course, plenty of dirty politics still prevail despite the state the world is in, and you’ll soon uncover complicated backstories from different factions vying for their own agendas.

The Artery Gears – or AGs – themselves have their own complex pasts, mostly born out of a tragedy that reminds me of the character histories from Punishing Gray Raven. The visuals, of course, are absolutely stunning – character designs look gorgeous, with the way the mech parts are integrated into the waifus so beautifully. The UI is also pretty sleek and polished, with lovely Live 2D effects for the AGs that you can switch around in your main lobby (you can also change the background music to suit your tastes best).

THE GAMEPLAY OF ARTERY GEAR: FUSION

During combat, the AGs are presented in adorable chibi form, with cool skill animations you can toggle on or off in the Settings. You can also set the battles to run on Auto if you like – in particular, you can even turn on A.I. Combat to use up all your energy and log off when you’re in a hurry.

What I loved about this feature is that you can actually set your preferences for the auto battles in terms of how much energy you want to use, whether or not you want to stop when someone hits their max level, and even how you want to continue upon defeat. In the actual battles themselves, you can also set the A.I. to follow a certain strategy when you’re auto-ing, which is a lovely Quality-Of-Life feature reminiscent of the Gambit system in Final Fantasy XII.

For instance, you can set each character’s game plan on what they want to prioritise, whether you want them on crowd control or not, plus an option for them to use their skills as soon as they’re available. You can also set skills to only be used during a boss round – all these really make for compelling gameplay even when you’re idling and not paying attention.

Typical of the genre, there are also different raid dungeons where you can farm specific materials, along with a special Mothership feature where you can set your AGs to lounge around during their off-time. You can spruce up the place with decor from the shop, increase their comfort levels, and even bond with them by giving them gifts for special perks.

Waifu gacha games are a dime a dozen these days, but Artery Gear: Fusion manages to stand out for me mainly because of its QOL features. That’s really not something you see every day, and it makes what otherwise would have been just another gacha game pretty compelling to me. You can even set how you want to equip your AGs – do you want to focus on HP, ATK, SPD or DEF when auto-equipping them with gear?

Plus, you can see a summary of the narrative each time you feel like skipping, or go back and rewatch everything from the Story Review feature. These elements all feel incredibly well-thought-out, like the devs really paid attention to community needs and took the best elements of existing titles and compiled them in a nice QOL-ridden package.

The rates for the summons pool are also incredibly generous – you can earn premium currencies a lot just by battling and doing dailies, not to mention there’s a special ticket at launch that lets you reroll an unlimited number of times until you nab the AG of your dreams.

The energy system doesn’t feel restrictive either – this game honestly made me feel like it wants to be free-to-play-friendly. Of course, there are still a few hiccups here and there, particularly with the translation (although negligible) and the choice of AGs. I would’ve appreciated it if the summons pool also had a handful of husbandos in there – much like Revived Witch or Figure Fantasy does – just to keep things spicy. But that’s really just me nitpicking, because at the end of the day, Artery Gear: Fusion ticks all the right boxes for me.

Stickman Awakens is the next RPG set after League of Stickman II, coming soon to mobile
Lumi Interactive raises $6.75m