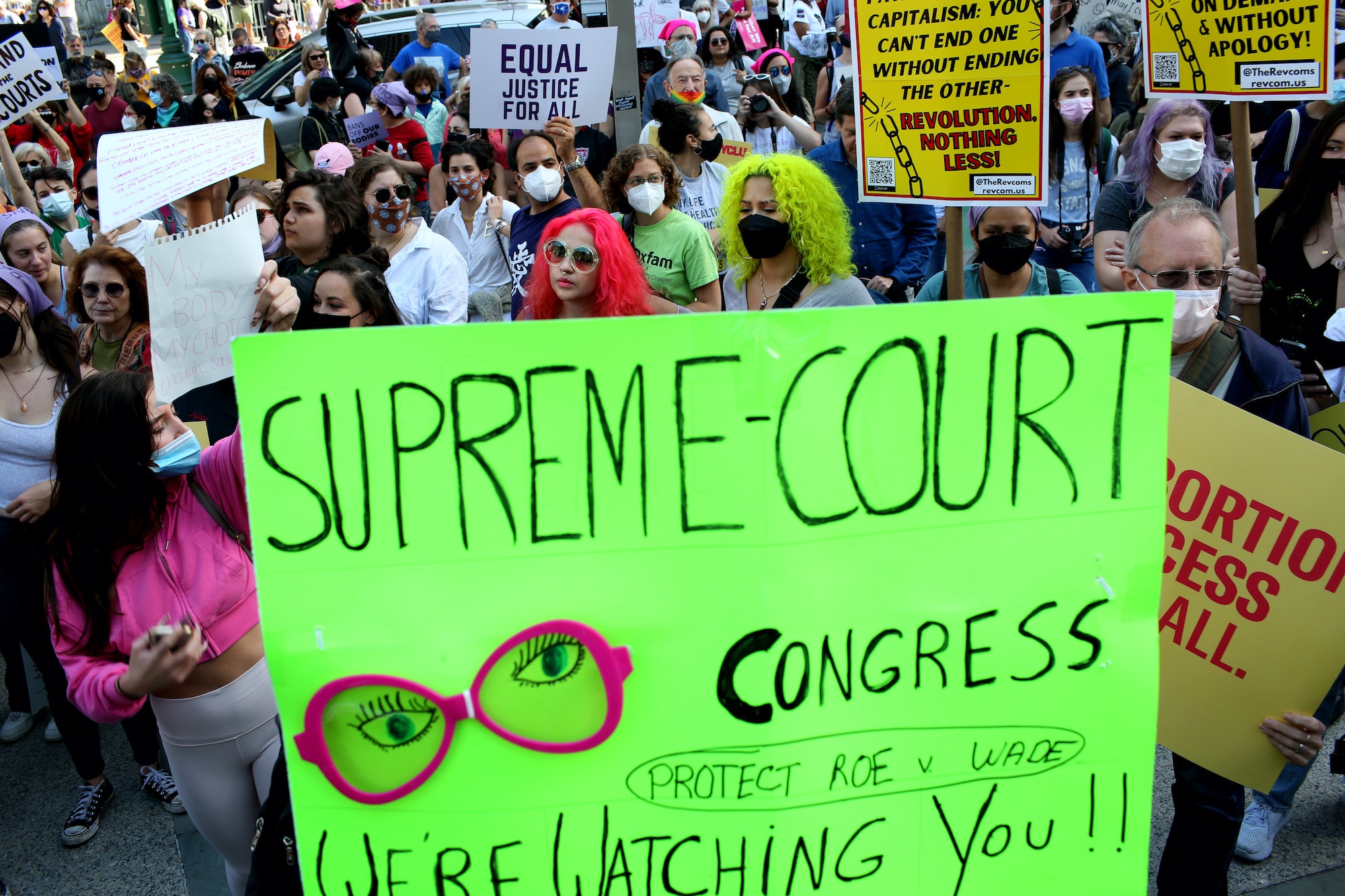 The pause on Texas’ near-total abortion ban lasted only two days before a federal appeals court reinstated the ban Friday night at Texas Attorney General Ken Paxton’s request. The Republican AG had asked a three-judge panel of the 5th Circuit, which leans conservative, to lift an injunction from U.S. District Judge Robert Pitman. Last week, Pitman sided with the Justice Department when he ordered Texas to halt its ban on abortions after six weeks—before many people know they’re pregnant. But now, with the ban temporarily back as litigation continues, some abortion-rights activists have had enough and want the Supreme Court to get involved.

The law, known as S.B. 8, is an assault on the constitutional right to abortion guaranteed by Roe v. Wade. That was the aim of GOP legislators who designed the law’s unique enforcement scheme, which relies on private citizens, rather than state officials, to carry it out. Paxton appeared to weaponize the unusual enforcement mechanism in his request to the appeals court following Pitman’s order. The state cannot be held “responsible for the filings of private citizens that Texas is powerless to prevent,” he claimed. He also argued that Pitman “overstepped” with his decision last week because “the Justice Department has no legal authority to sue the state,” according to the Washington Post.

The appeals court panel issued a one-page order granting Paxton’s request to reinstate the ban while it considers his state’s appeal and gave the Justice Department until Tuesday to respond. Friday’s brief order from the panel “did not rule on the merits of the state’s request,” the Post noted, so “any decision from the 5th Circuit could put the issue back before the Supreme Court.” BuzzFeed reports that the Justice Department, which brought the lawsuit against Texas, “could ask the full appeals court to reconsider the three-judge panel’s decision to grant what’s known as a stay, and could eventually petition the US Supreme Court to step in.”

The conservative majority of the Supreme Court declined abortion providers’ request to block the law earlier this year, citing “complex” and “novel” procedural obstacles. That refusal prompted outrage among dissenting justices, with Elena Kagan describing the decision as “[rewarding] Texas’s scheme to insulate its law from judicial review” and Sonia Sotomayor scorning the conservative majority for “[opting] to bury their heads in the sand.” That’s why Pitman’s decision last week came as a reassuring, if fleeting, moment of justice. “Thankfully this district court acted where SCOTUS refused,” Senator Elizabeth Warren tweeted.

Still, Friday’s decision did not come as a surprise, the New York Times notes, given “the Fifth Circuit is among the most conservative in the country” and had previously allowed the ban to take effect. The panel’s decision on Friday “sent a strong signal that the appeals court would not agree with the decision by Judge Pitman, who was appointed by President Barack Obama,” according to the Times. “The interesting question now is whether the federal government goes directly to #SCOTUS to lift the (temporary) administrative stay or waits for the panel to rule on a stay pending appeal,” law professor Stephen Vladeck tweeted after Friday’s order, adding that his “money is on the former.”

Abortion-rights advocates urged the Supreme Court to get involved. “The Supreme Court needs to step in and stop this madness. It’s unconscionable that the Fifth Circuit stayed such a well-reasoned decision that allowed constitutionally protected services to return in Texas,” Nancy Northup, the president and CEO of the Center for Reproductive Rights—which “represents several Texas clinics that had briefly resumed normal abortion services,” according to the Associated Press—said in a statement Friday. “The courts have an obligation to block laws that violate fundamental rights,” she added, emphasizing the “state of chaos and fear” that the legal whiplash has inflicted upon patients.

The abortion ban is back on until at least Tuesday, but even after Pitman lifted the ban, some abortion providers were already unsure about resuming operations. That’s because a novel provision in S.B. 8 says people who violate the Texas law—even while a court order blocking it is in effect—can later be held liable if the order is ultimately lifted. “It’s really the retroactive clause that gives people pause,” Amy Hagstrom Miller, founder and CEO for Whole Woman’s Health, which operates four clinics in the state, told the Texas Tribune. “Many of our physicians and staff are afraid that would, if the injunction is knocked down in the future, allow for these vigilantes to come back and sue us for every abortion we did in the interim.” Those that did resume services may face new legal risks as the law continues to make its way through the courts.