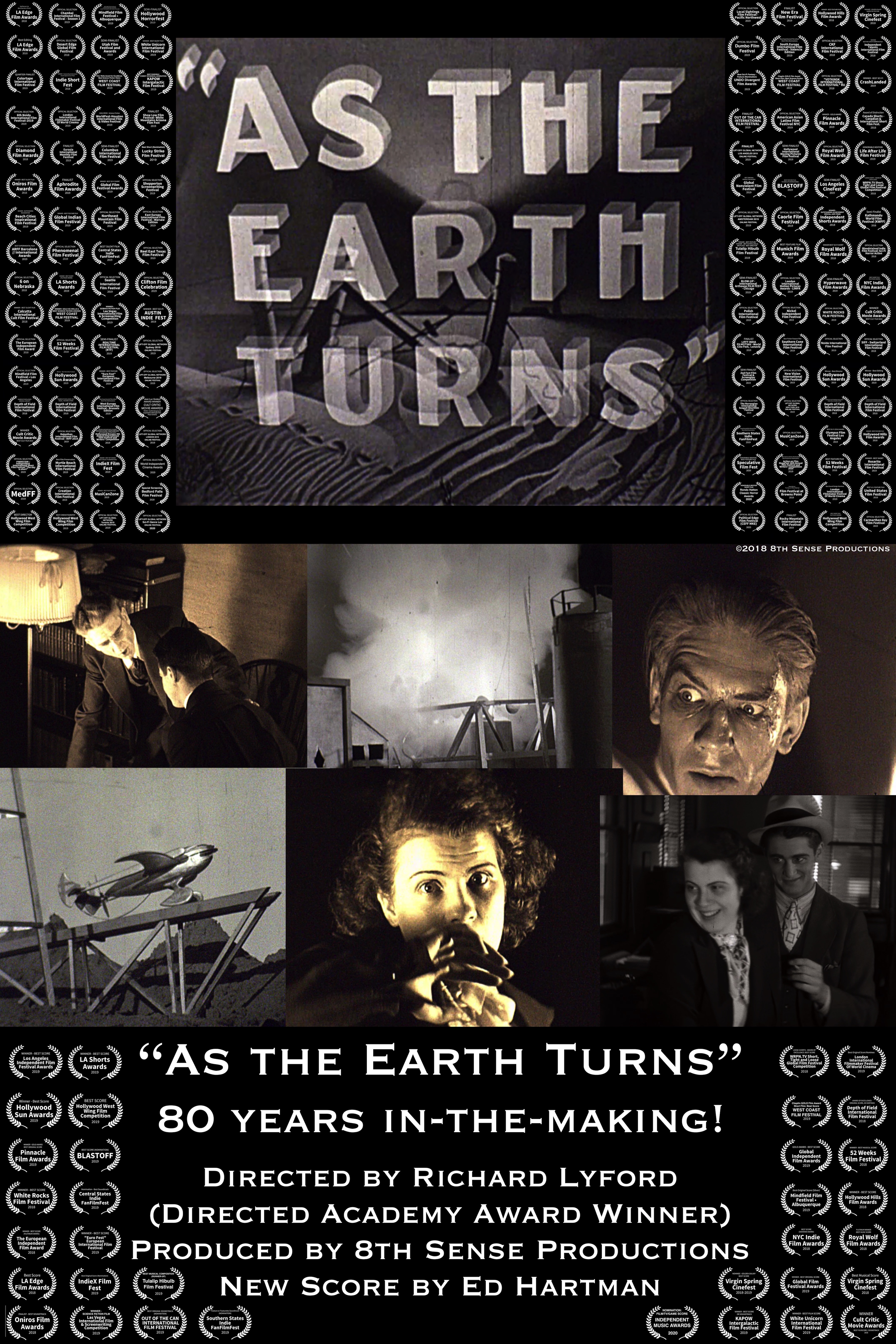 In 1937, in Seattle, a twenty-year old budding filmmaker Richard Lyford, using his own equipment, had already created 58 stage/screenplays and 9 never released, award-winning films. This director would go on to work for Disney Studios on Fantasia, Pinocchio and Dumbo, and direct and edit a 1950 Academy Award Documentary. Richard H. Lyford’s films have developed a following among film-historians, since his early “amateur” films are some of the first “indie” films ever created outside of Hollywood. Lyford experimented with special effects, and models, and was becoming an excellent director. “As the Earth Turns” is presented for the first time after 80 years with a professionally mixed orchestral soundtrack, by Seattle film composer, Ed Hartman.

“As the Earth Turns” is set in the late 1930’s. The film predicts WWII, future-technology, climate change, and the extreme need for peace. Lyford plays a mad scientist. The lead actress, Barbara Berger portrays a hard working newspaper reporter. Berger (aka Berjer) had a long career on Broadway and television (ironically including “As the World Turns”).

Ed Hartman, the producer, composer and owner of the Lyford film-estate, is available for interviews (virtual and in-person). He has recently created an accompanying documentary about Lyford, “It Gets in Your Blood.” That film is in 107 festivals, with 85 awards/nominations, including a recent screening at the Chinese Theatre in Hollywood. Mr. Hartman is currently writing a biopic screenplay about the filmmaker.

“As the Earth Turns,” the documentary, “It Gets in Your Blood” and other bonus features, are included on a DVD/BluRay.