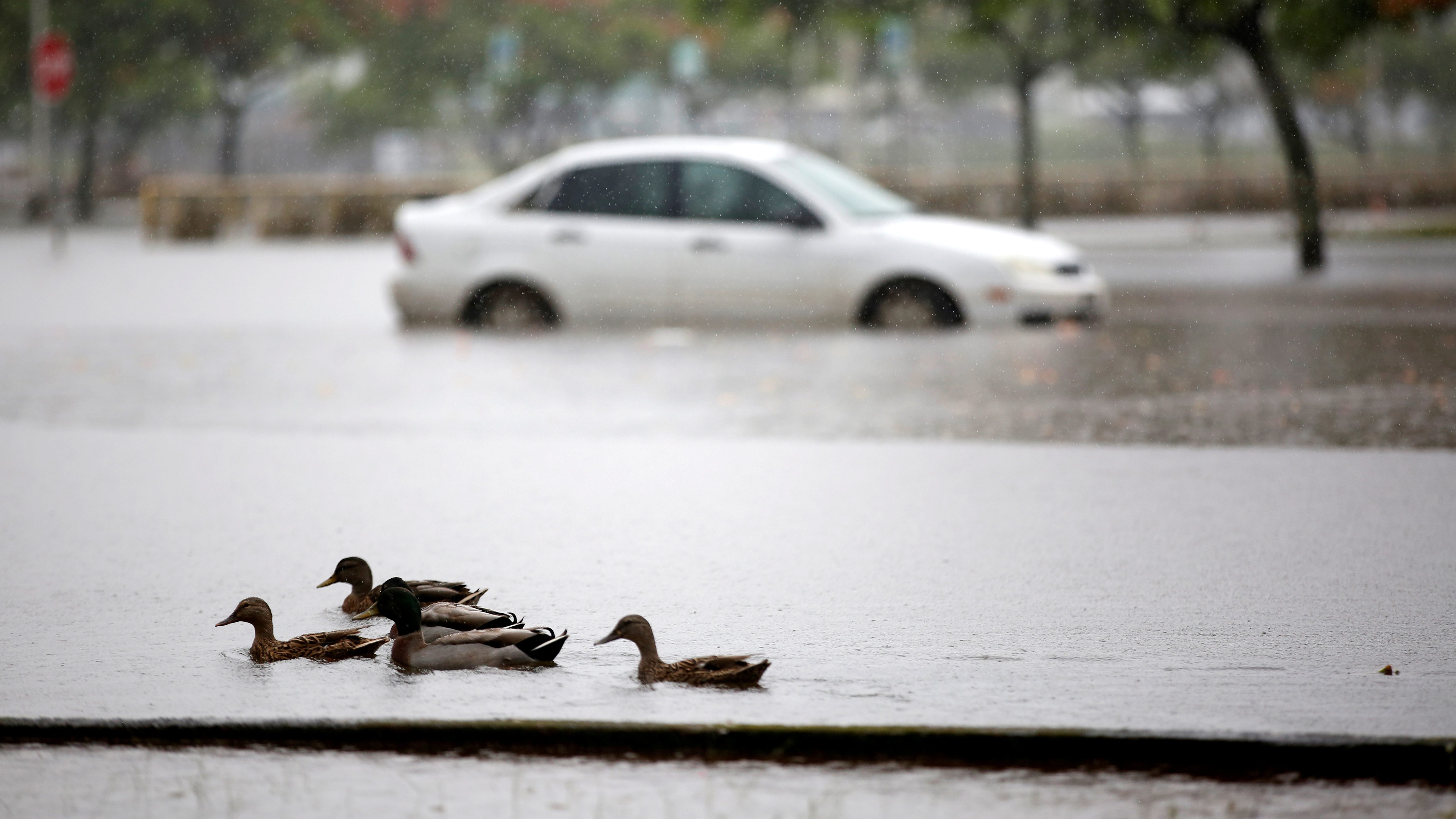 In 2015, rainstorms in Washington DC would cause parts of the city’s sewer system to overflow dumping millions of gallons of raw sewage into the Anacostia and Potomac rivers. Pipes buried in the 19th century combined stormwater and sewage, discharging a noxious brew of trash, bacteria, and heavy metals that polluted the rivers. By 2005, the pollution had gotten so bad it violated Environmental Protection Agency clean water standards, killed wildlife, and posed a threat to people living in the area. The federal government ordered DC Water, the region’s sewer and water management authority, to clean up the rivers.

At first, DC Water tried to tackle the problem with traditional “gray” infrastructure: big underground tunnels to store excess stormwater. But the agency’s leaders were in search of a cheaper, more sustainable solution. So in 2015, DC Water proposed using parks, plants, and permeable pavements strategically distributed to absorb some stormwater runoff and prevent overflow.

This “green infrastructure” was appealing for engineers: it had the potential to be less costly than gray infrastructure, and had knock-on benefits for neighborhoods, like providing natural cooling in summers, and improving property values. But it was uncharted territory; DC Water had never built green infrastructure before, and few other US cities had.

The goal was clear: If the trees and other green infrastructure successfully absorbed excess rainwater in a small area, they would roll it out to a larger area around Rock Creek, which feeds into the larger river system. If not, it meant more expensive concrete tunnels. But even a pilot project with a $25 million price tag was risky, financially and politically.

DC Water needed to find a way to pay for a new experiment in green infrastructure, says Carlton Ray, the DC Water official who oversaw the project: “It was a question of: how do we share the risk?”

So DC Water issued the first-ever environmental impact bond in the world in 2016. The $25 million bond financed green infrastructure by spreading out risk between a municipality and private investors, making innovation an easier sell. Goldman Sachs’ Urban Investment Group, and a local investor, Calvert Impact Capital stepped up to back the debt.

Its distinguishing feature was its focus on results. The final payout amount would be directly tied to the success or failure of the project, says Eric Letsinger, founder of Quantified Ventures, the capital firm that structured DC Water’s environmental impact bond. Letsinger’s firm developed a model to predict a range of how much rainwater the green infrastructure would capture, then translated that into a range of interest rates for DC Water’s bond.

The variable interest rate amounted to a $3.3 million contingency payout. If the infrastructure performed better than expected, DC Water would pay that money to investors—they would have saved money on the overall project, and therefore be able to pass some of that benefit on. If the infrastructure performed worse than expected, investors would pay the $3.3 million to DC Water as a “risk share” payment that would effectively cancel out any return they make on the investment. (They would get their principal back, but nothing more.) If the project performed somewhere in the middle, no contingency payout was awarded, and investors would receive the normal coupon amount, just like any other bond.

Financed with the capital they needed, DC Water set to work on Rock Creek Project A, installing rain gardens, bio-retention planters, and permeable pavements over a 20-acre area in the north of the city. As it turns out, the green infrastructure performed as well as planned. In late 2020, two years after construction was completed, DC Water released a performance report (pdf) that found the green infrastructure reduced water runoff by about 20%. No contingency was paid out because the project met its goals.

“It was right what we expected,” said Ray. “And because we’ve learned about it, we’re getting better about green infrastructure. It’s going to capture even more as time progresses. That’s a big deal for us.”

Since then, other US local governments have taken up the model to fund green infrastructure projects. New Orleans, Memphis, Baltimore, and Hampton, Virginia have all created environmental impact bonds.  Atlanta issued its own $14 million bond in 2019 to build green infrastructure protecting an underserved neighborhood. Whereas DC’s bond was purchased privately, Atlanta went the more traditional route offering the bond to public investors through an underwriter. In June 2021, Buffalo, New York issued the largest-ever environmental impact bond ($54 million) to manage stormwater.

Until recently, most of these projects have often been funded with so-called “green bonds:” debt for projects delivering some sort of environmental benefit. The sustainability finance sector, which includes green, social, and sustainability bonds, is expected to reach $1 trillion this year as investor interest grows. Over the past 14 years, these bonds have led to the creation of hundreds of ostensibly “green” projects, everything from generating hydroelectric power in India to clean rail transportation systems in China.

But without a framework to evaluate the environmental benefits of these projects, some observes have raised concerns that these bonds are doing more “greenwashing” than leading to real tangible change.

“By combining all these things into the municipal bond product, we’re starting to address the needs of the growing ESG investor community, and wildly increase the accountability and transparency of municipal government.”

Environmental impact bonds a tool, not a silver bullet

Over the next decade, regional and municipal governments will need to spend hundreds of billions of dollars to retrofit buildings, improve energy efficiency, install EV chargers, and adapt to climate change. CDP, an environmental non-profit, estimates there are $26 billion in resiliency infrastructure projects underway in nearly 100 US cities. All of this amounts to a small fraction of what is needed.

Innovative infrastructure—and financing—will be key as more US cities like Washington DC grapple with how to strengthen crumbling infrastructure against changing climate. Roads, buildings, energy grids will all need to be protected, and simply rebuilding what has worked in the past won’t be enough. One recent study found that 25% of all critical infrastructure in the US is at risk of failure due to flooding. As cities test out new solutions, environmental impact bonds offer a way to foot the bill.

Local government leaders are awaiting a potential windfall of federal funding from the $1 trillion infrastructure bill that is (still) being debated in Congress. The legislation would include up to $50 billion for climate resilience efforts alone.

But where private-sector funding has a role to play, environmental impact bonds can be the right tool to pilot work that may otherwise not get off the ground. DC Water, after funding the first round of green infrastructure with the environmental impact bond, is paying for successive iterations through an existing green bond. New use cases beyond stormwater management are emerging. Lafourche Parish Louisiana, for example, is using a bond to fund a wetland restoration project.

Letsinger believes even broader applications for everything from housing to transportation are possible. As climate change forces city leaders to think about adaptation strategies, Letsinger hopes these bonds can be a way to bankroll the next generation of urban infrastructure. “Any time it’s a choice between ‘business as usual’ and innovation,” Letsinger says, “an environmental impact bond can de-risk it to make it a rational choice.”