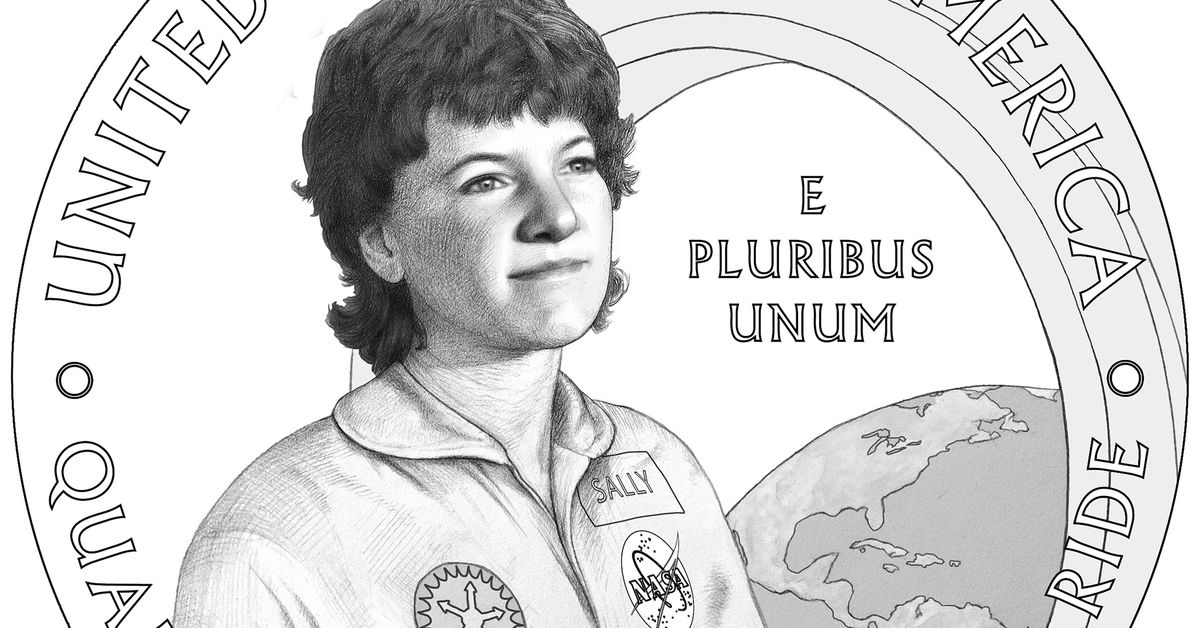 Sally Ride, the first American woman to travel to space, will be featured on one of the first five coins in the US Mint’s American Women Quarters Program. Beginning next year and continuing through 2025, the Mint will issue five quarters each year with tails-side designs featuring trailblazing American women.

Ride, who died in 2012 at age 61, flew aboard the space shuttle Challenger in 1983, and again in 1984. She was slated to go on a third shuttle mission, but after the Challenger blew up in 1986, NASA suspended the shuttle program, and Ride retired a year later.

She continued to advise NASA, as part of the panel that investigated the Challenger accident and a study team that wrote a report recommending the agency work on an outpost on the Moon. Ride later became director of the California Space Institute at UC San Diego. She also wrote six children’s books about science, and started a company called Sally Ride Science in 2001, with a focus on reducing the gender gap in STEM programs and careers.

The design of the quarter depicts Ride next to a window on the space shuttle, which the Mint says was inspired by her comment “When I wasn’t working, I was usually at a window looking down at Earth.”

Also on the list of women to be featured on 2022 quarters are the late poet and author Maya Angelou, Native American activist Wilma Mankiller, educator and suffragist Nina Otero-Warren, and Chinese-American movie star Anna May Wong.