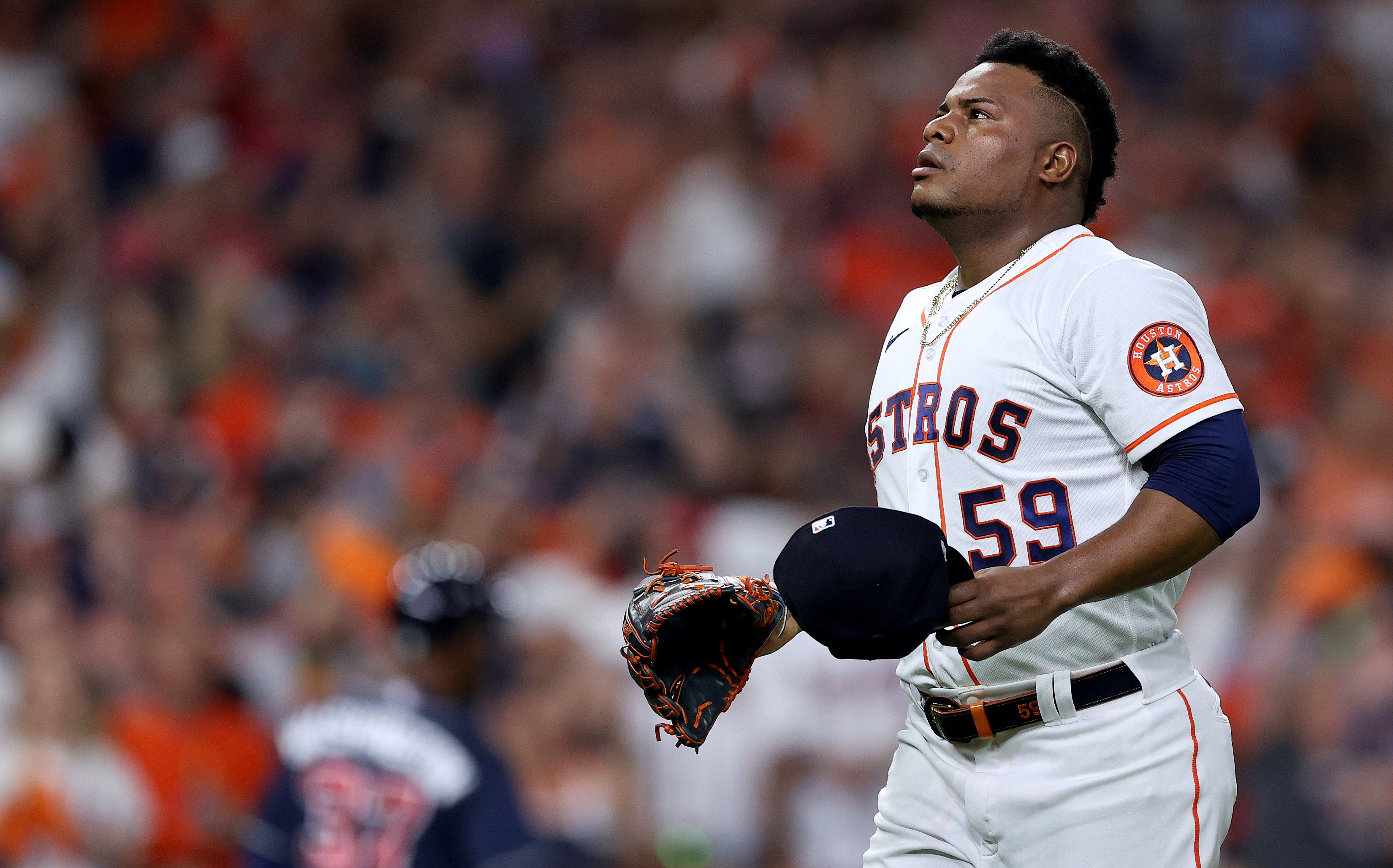 Houston Astros starting pitcher Framber
Valdez said the emotions involved with making his first career World
Series start were a factor in his poor performance in Game 1 against
the Atlanta Braves.

“It was my first World Series start.
I can’t tell you I didn’t feel the pressure,” Valdez told reporters
after the Astros’ 6-2 loss.

The 27-year-old left-hander allowed
five earned runs on eight hits and one walk before getting removed
with no outs in the third inning after a home run by the Braves’ Adam
Duvall. He recorded two strikeouts.

Atlanta got off to a dream start as
Jorge Soler became the first player in World Series history to hit a
leadoff home run in the top of the first inning of Game 1.

Jorge Soler is the first player to hit a HR in the 1st plate appearance of a #WorldSeries! pic.twitter.com/gorrGsPQh4

The Braves added an RBI double through MVP
candidate Austin Riley in the first, a RBI groundout by Soler in the
second and the Duvall homer to race out to a 5-0 lead.

Charlie Morton, the NL champions’ co-ace,
suffered a fractured fibula that forced him to leave after 2.1
innings. Atlanta later ruled him out for the remainder of the Fall
Classic.

Four Braves relievers—A.J. Minter,
Luke Jackson, Tyler Matzek and Will Smith—combined to allow just
two runs over the remaining 6.2 innings while striking out eight to
prevent an Astros comeback.

The question now is whether Atlanta has
enough pitching depth to capture its first World Series title since
1995.

Max Fried and Ian Anderson will start
the next two games, but the club will then have to use a makeshift
rotation for Games 4 and 5 before Fried and Anderson could return for
the final two games, if necessary.

Meanwhile, the Astros are lined up to
have Jose Urquidy, Luis Garcia and either Jake Odorizzi, who was
strong out of the bullpen in Game 1, or Zack Grienke over the next
three games before the rotation could flip back to Valdez, who figures to
have a better second outing in the series.

So the starting staffs, which looked
like an edge for Atlanta to open the series, could become an
advantage for Houston thanks to its depth without Morton available.

“Our team doesn’t worry, and our
team’s very confident,” Astros manager Dusty Baker told
reporters. “We have the knack of bouncing back after losses,
after tough losses because they don’t quit, they don’t give up, they
don’t get down. That’s the secret of sports.”