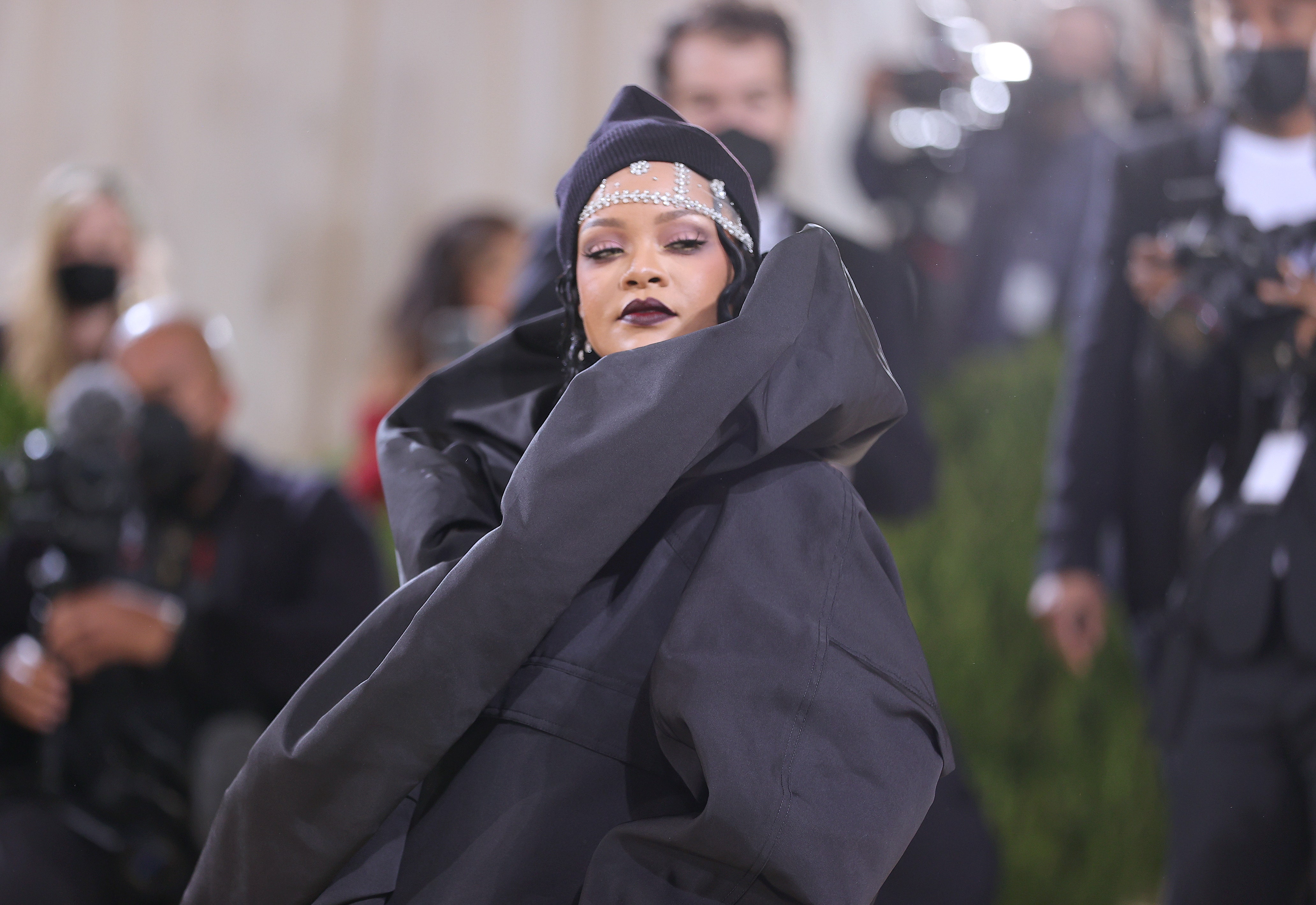 Rihanna is never late. Everyone else is simply early.

The Fenty mogul was the last celebrity to arrive at the 2021 Met gala, and her outfit was well worth the wait. She and boyfriend A$AP Rocky hit the Met gala carpet is drastically different looks; she opted for an all-black ensemble by Balenciaga, while he went for a multicolored number by Eli Russell Linnetz.

I’m living for both, TBH.

Rihanna, of course, is no stranger to the Met gala. Her 2015 Guo Pei dress is legendary, and she was one of the co-chairs for the 2018 gala, “Heavenly Bodies: Fashion and the Catholic Imagination.” This year’s theme is “In America: A Lexicon of Fashion,” a.k.a a celebration of American fashion.

“I’ve been really impressed by American designers’ responses to the social and political climate, particularly around issues of body inclusivity and gender fluidity, and I’m just finding their work very, very self-reflective,” Andrew Bolton, the Wendy Yu Curator in charge of the Costume Institute, told Vogue. “I really do believe that American fashion is undergoing a renaissance. I think young designers in particular are at the vanguard of discussions about diversity and inclusion, as well as sustainability and transparency, much more so than their European counterparts, maybe with the exception of the English designers.”

But back to Rihanna and A$AP Rocky. The rapper opened up about his relationship with RiRi to GQ in May, calling the pop icon “the love of my life” and “my lady.” He said being in a relationship is “so much better” than the single life. “So much better when you got the One,” he said. “She [Rihanna] amounts to probably, like, a million of the other ones. I think when you know, you know. She’s the One.”

I hope these two have a blast inside the gala.