At least 15 civilians killed in Kharkiv region by Russian shelling 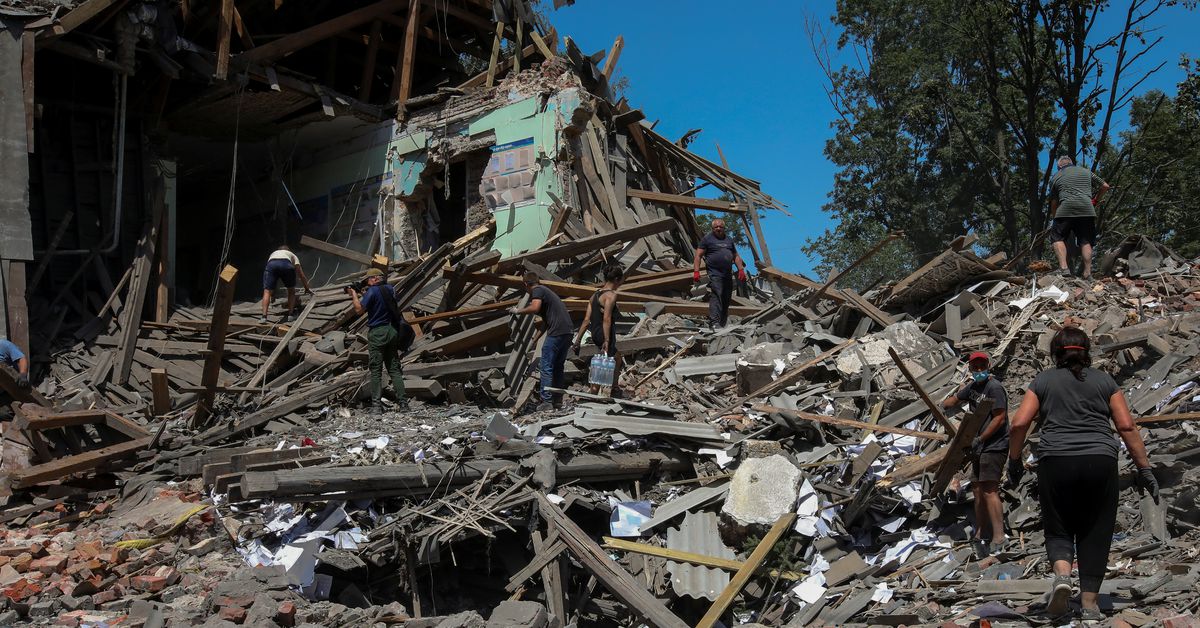 People remove debris of a building of the lyceum of railway transport destroyed by a missile strike, as Russia’s attack on Ukraine continues, in the town of Liubotyn, in Kharkiv region, Ukraine June 20, 2022. REUTERS/Vyacheslav Madiyevskyy

After weeks of relative calm, Russians have intensified shelling of the region. Synegubov said six people had died in and around Kharkiv and another six in Chuhuiv, some 40 km (25 miles) southeast of Kharkiv, while three had died in Zolochiv, 40 km to the northwest of the city.