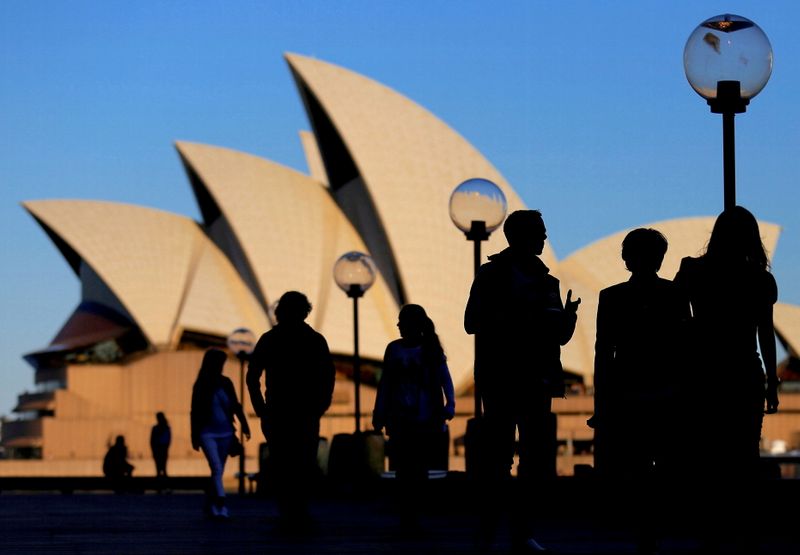 Data from the Australian Bureau of Statistics out on Wednesday showed the headline consumer price index (CPI) rose 0.8% in the third quarter and 3.0% for the year, much as expected.

However, the trimmed mean measure of core inflation favoured by the Reserve Bank of Australia (RBA) rose 0.7% in the quarter, above forecasts of 0.5%.

The annual pace accelerated to 2.1%, well above the 1.8% expected and putting it back in the RBA’s 2% to 3% target range for the first time in six years.

The central bank had forecast core inflation would not reach 2% until mid-2023 and, in turn, that cash rates would remain at record lows of 0.1% right out to 2024.

The data only emboldened markets which had already thought the RBA was behind the curve on inflation and would have to tighten much earlier, perhaps by July next year.

Investors reacted by dumping shorter-dated bonds with three-year futures sliding 16 ticks to 98.870, the lowest since June 2019 and implying an yield of 1.13%.

Yields on the key April 2024 bond climbed to 0.21%, a direct challenge to the RBA which is committed to keeping it near the 0.1% cash rate.

“The strong rise in underlying inflation will keep pressure on the RBA to keep reducing monetary stimulus in the months ahead,” said Ben Udy, an economist at Capital Economics.

However, he suspected wage growth would also have to climb above 3% for policy makers to contemplate an actual rate hike.

RBA Governor Philip Lowe has repeatedly argued inflation in Australia has a lot of inertia as low wage growth had become baked in.

Wages grew just 1.7% in the year to June, far below the 3%-plus levels the RBA believes is necessary to keep inflation sustainably within the 2% band.

Still, risks are leaning to the upside.

Petrol prices have kept climbing to reach record highs at the pumps, while rents are on the rise after years of slowdown. Health and insurance costs have been inflated by the pandemic and weather-driven disasters, while the media is full of warnings about stagflation amid global supply bottlenecks.

Surging house prices and consumers are fretting about cost of living pressures are fuelling expectations of further price increases.

An ANZ survey measure of inflation expectations hit a six-year peak of 5% last week, which if sustained could start dragging on the economy.