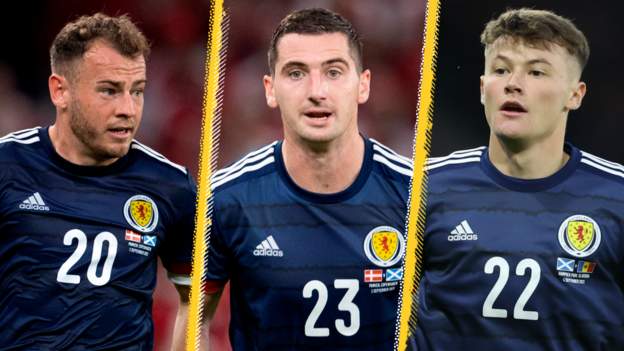 Ryan Fraser, Kenny McLean and Nathan Patterson have been ruled out injured for Scotland’s match in Austria.

Patterson and McLean featured in Saturday’s 1-0 win against Moldova and McLean and Fraser played in Wednesday’s 2-0 defeat by Denmark.

“I had seven or eight doubts after the game on Saturday so losing three is not the worst outcome,” said Steve Clarke.

The head coach added that it was “almost impossible” to call up reinforcements given the schedule of three games in six days, along with Covid testing deadlines for each match.

“Paul is not the first players we’ve tried to call up over the course of the camp,” explained Clarke.

“We’ve tried others but Paul is the first we’ve managed to get in and we’re grateful for that. He had to jump through hoops for testing late last night and he’s good back-up for the team.

“It’s not a big story, it’s just difficult with all the different Covid stipulations.”

Scotland are third in Group F, a point ahead of Austria and two points behind second-placed Israel.

Denmark are five points ahead of Israel after five matches.

“I’m happy with my players and I think they are happy with me,” said Clarke. “We’ll just keep working together to try and do as well as we can for the country.”

With such a tight turnaround between games, Clarke said: “It’s very difficult to find any time on the training pitch, never mind quality time.

“We did a 10-minute walk through before we played Moldova. This morning, we did five minutes.

“The players need to recover. You ask any player and they’ll tell you that 48 hours after the game is the time they feel most tired. But they’ll be good to go for kick-off tomorrow.”