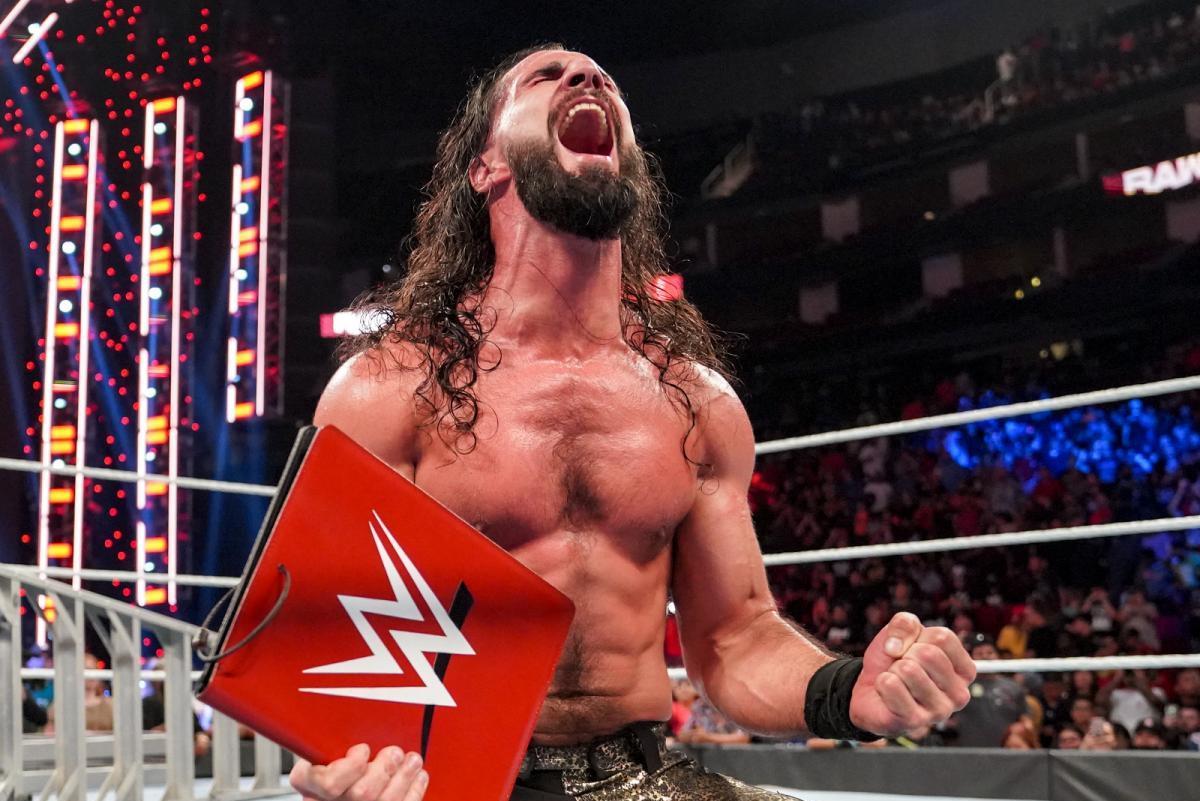 The week that was brought us continued excellence from top stars in both WWE and All Elite Wrestling, making the awarding of B/R Belts that much more difficult.

Which company’s best wrestler took home the Hitman Hart title? Which female competitor rose to the occasion and solidified herself the best of the week?

In a landscape in which great matches are happening at an unprecedented clip, what was awarded the coveted 5-Star Championship?

Find out the answer to those questions and more with this recap of WWE’s and AEW’s best of the last seven days.

Before we get to the performers who defined the week that was in WWE and AEW, these are the B/R belts at stake and what they represent.

Named after the consummate good guy Ricky “The Dragon” Steamboat, this belt is awarded to the top babyface of the week.

When he was bad, he was oh so good. Named for the late “Rowdy” Roddy Piper, this belt is awarded to the best heel of the week.

Arguably the best to ever do it, Bret “Hitman” Hart is defined by his in-ring excellence. This belt is awarded to the best men’s wrestler of the week.

A revolutionary performer who bridged the gap between generations of female performers, Trish Stratus is the namesake of this belt, presented to the best women’s wrestler of the week.

The legendary Dusty Rhodes had the gift of gab and the ability to captivate an audience with his words. This belt goes to the star(s) responsible for the best promo of the week.

Pro wrestling has a long and, um, dubious history of WTF moments. This belt is awarded to the stars, match or moment that had you asking, “huh?!”

Lastly, this title is awarded to the best match of the week.

*Men and women eligible for every title except Hitman Hart and Stratus.

Hangman Page outsmarted the entire Elite Wednesday night, emerging from underneath a Stay Puft Marshmallow Man costume to turn Matt Jackson inside out and help The Dark Order to victory in a massive eight-man tag team main event.

Everything from the setup to the reveal was executed perfectly and generated a huge pop from fans overwhelmingly happy to root on the Anxious Millennial Cowboy as he chases the AEW world title, held by former tag team partner Kenny Omega.

Page has been nothing short of phenomenal as the returning babyface ready to shake off the demons and attain a throne that was once destined to be his. The attitude, the promos and the intensity have all been there, and his crowning moment on November 13 will be one of the truly great moments produced by AEW, mostly because of how great a babyface he is and how truly beloved he is among the fans.

We are one step closer to renaming this award the MJF Championship, thanks to another banner week for the scarf-wearing sycophant as wrestling’s best villain.

This week, MJF wasted no time in humiliating a local Bostonian worker before turning his attention back to Sting and Darby Allin. The only difference this week was that the brothers in paint were ready for him, executing a sneak attack that left MJF scurrying for safety while confidants Shawn Spears and Wardlow suffered a beatdown at the hands of Allin and Sting.

MJF talking a big game, then getting the hell out of dodge is exactly what a heel would do, not at all prepared to face the consequences of his actions. He will have to do that come November 13 at Full Gear, but having backup in the form of his Pinnacle brethren allowed him to sneak away without any pain or punishment.

At least for this week.

If Bryan Danielson is on the card at this point, it is safe to say he is either going to win the Hitman Hart Championship or challenge for it.

For the third consecutive week, he separated himself from the rest of the pack, further establishing himself as the best wrestler in the world while he battled Eddie Kingston on Friday night on Rampage for a shot at the finals of the World Title Eliminator Tournament.

A physical war between two proud wrestlers culminated with Bryan putting a defiant Kingston to sleep and setting himself up for a showdown with either Orange Cassidy or the suddenly no-nonsense ass-kicker, Jon Moxley.

Either one of those matchups should be a hell of a lot of fun and have Danielson in competition for a fourth Hitman Hart Championship as The American Dragon continues one of the hottest in-ring runs we have seen in quite some time.

Serena Deeb may not be the flashiest performer in women’s wrestling, but every time she takes to the ring, she further solidifies herself as one of the best.

Wednesday night on Dynamite, she had the opportunity to prevent Hikaru Shida from attaining her 50th win in AEW and eliminate her from the TBS Championship Tournament. In a hell of a match that saw the mat technician borrow from the playbooks of Bret Hart and Lance Storm while targeting the left knee of her opponent, Deeb lived up to her moniker of “The Woman of 1,000 Holds.”

Unfortunately, Shida was able to procure her milestone win and eliminate Deeb from the tournament, but the heel got the last word, attacking Shida and ruining her celebration until referees and agents pulled her away.

Deeb, again, proved herself an elite in-ring performer while escalating the rivalry with Shida and, thus, stood head and shoulders above the rest of the competition for the Stratus title this week.

For the first time, Cody Rhodes has captured the Dusty Championship, named in honor of his father.

The American Nightmare’s promo Wednesday, during which he explained his decision not to turn despite facing a cavalcade of jeers from fans tired of his golden-boy persona, was far from the best of his career. At times, it even came across as rambling, but the passion he very clearly packs into his mic performances was evident.

And, to be honest, there were no other candidates this week who could touch what he did.

He spoke with conviction, very clearly believing every word that came out of his mouth as he laid the groundwork for a tag team match at Full Gear with Pac against Malakai Black and Andrade El Idolo.

It wasn’t always great or even particularly effective, but Rhodes shined on the mic on a night when he absolutely needed to in order to regain some goodwill following last week’s totally unnecessary victory over Black.

Who the hell looked at Damian Priest’s character and thought it needed to be revamped?

New music and an unhinged personality make for a lot less interesting a character than the United States champion’s charismatic Archer of Infamy persona, who had enjoyed a banner year thus far.

Priest had stripped from him a unique entrance, cool theme music and then was inexplicably booked to “snap” during a match with T-Bar that may have introduced us to an edgier side of the champion than we had seen before but also put him in a position where he has this new side of himself for no real rhyme or reason.

Changes like this, not subtle ones by any means, are the result of creative whims that, ultimately, do no favors for Superstars in the middle of connecting with audiences and finding a spot for themselves on the main roster.

Hopefully, this doesn’t dishevel everything creative and Priest have accomplished to this point because WWE needs fresh stars, and the U.S. champion is one of them. At least, potentially.

Like last week, this was an extremely close battle for the 5-Star Championship as Bryan Danielson and Eddie Kingston nearly swooped in and captured the title at the last moment. Instead, Seth Rollins, Kevin Owens, Rey Mysterio and Finn Balor held on to win it, thanks to a Fatal 4-Way ladder match to determine the No. 1 contender to Big E’s WWE Championship.

The wild, chaotic, breathtaking main event from Raw featured four of the best in the business fighting in a high-stakes, high-risk match that saw plenty of big bumps en route to Rollins securing the title opportunity.

That the match came together just hours before the show and the performers delivered to the level they did helped nudge that main event past Danielson and Kingston.

The question becomes how long WWE can continue throwing these gimmick matches out with no build and expect to overcome the consistently great in-ring work going on elsewhere.

The company certainly has the talent to produce excellence routinely, so only time will tell.