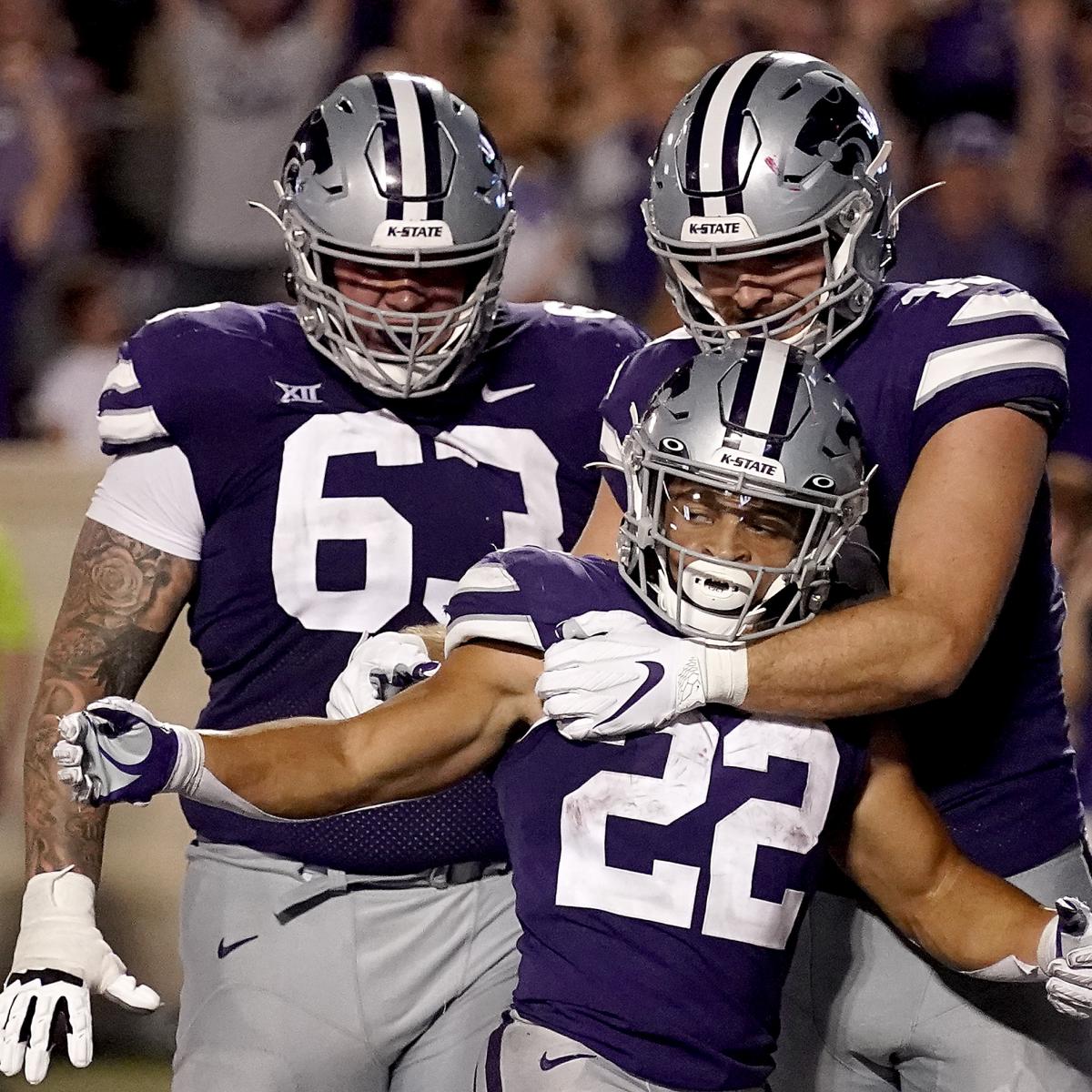 In college football, stardom typically doesn’t blossom overnight. For most players not named Trevor Lawrence, it takes years for their talent to be recognized.

Today, with the help of many, we hope to begin this transformation process for some.

We asked B/R readers to provide us with the college football players whom they don’t believe are being hyped enough after only a few weeks. And while this exercise might be laced in bias, that’s perfectly acceptable. In fact, it’s encouraged around these parts.

Here are the players you should be paying more attention to this Saturday and beyond.

For anyone who prides themselves as an armchair NFL draft scout, you should be well versed on Michigan defensive end Aidan Hutchinson. Still, it is somewhat shocking that more people aren’t talking about him.

Through two games, Hutchinson has racked up three-and-a-half sacks. And against Washington on Saturday, he looked like one of the best defensive players in college football.

The 6’6″, 265-pound senior is relentless in his pursuit. After missing much of last year because of a leg injury, Hutchinson has kicked off the 2021 season with a bang.

This might be the best submission of the bunch, and I cannot fathom why more people aren’t raving about this glorious human bowling ball.

Well, I can. He plays for Kansas State. But that shouldn’t prevent people from watching a 5’6″ running back dominate essentially every game he plays in.

Through two games, Vaughn has totaled 244 rushing yards and four touchdowns, and he’s averaging more than six yards per carry. We saw signs that Vaughn would become a star at the end of last year, and he’s only elevated his performance thus far.

The comparison to Sproles in every sense—from program to size to running style—is the easy one to make. It’s also the right one.

Generating interest while playing at K-State will always be a challenge, but I implore you to watch him play. Also, tackling him looks pretty miserable.

I could leave it at that, although allow me to tell you a little about BYU’s new starting quarterback.

Jaren Hall, who has the unenviable task of replacing Zach Wilson after a magical 2020 season, looks like a future star. Although the sample size is small, the output has been large.

I know this because I picked Utah (-7) against BYU last weekend. Hall made me realize early on what a mistake I made, and he finished with 149 passing yards, 92 rushing yards and three total touchdowns. (The Cougars won, and they are now ranked No. 23 in the AP Poll.)

The sophomore has scored five touchdowns in only two games, and he will attempt to take down his third consecutive Pac-12 team in a row when BYU takes on Arizona State this weekend.

Also, if EA Sports was still pumping out NCAA Football games on a yearly basis, this would be an extremely fun player to navigate an offense with.

Most people outside the state of Michigan—and certainly the Big Ten—are likely being introduced to Michigan State running back Kenneth Walker III.

Walker is currently No. 4 in the nation with 321 rushing yards. He’s second in the nation in touchdowns, having scored five in two games. And he’s currently averaging 10.7 yards per carry. Not too shabby.

Most of Walker’s damage came against Northwestern in Week 1, when he ran for 264 yards and scored four touchdowns. Last week, in a blowout over Youngstown State, he carried the ball only seven times. (Given the score, he was able to rest for most of the day.)

This week, Walker could elevate his profile plenty. Michigan State travels to Miami to take on the Hurricanes, and Walker is expected to be a fixture of that game.

Regardless of the outcome, he’s worth a watch. The powerful 5’10” back with a big burst could be a handful for the Hurricanes.

Ah, let’s cozy up to the Big Ten for a while longer. Also, this is a fabulous suggestion.

Frankly, I find it baffling that David Bell isn’t already a massive star. Once again, it’s likely a product of his program. (Sorry, Purdue fans.)

If Bell played for Ohio State rather than Purdue, he would be one of the most popular players in the country. But because he doesn’t receive the same regular national showcase, he has been largely overlooked.

Playing on the same team as Rondale Moore for the past few seasons didn’t help matters, either. As good as Moore was—the Arizona Cardinals selected him with the No. 49 overall pick in this past year’s NFL draft—Bell has been even more consistent.

Like others on this list, Bell has a chance to elevate his profile in Week 3. Purdue will play Notre Dame, which has looked plenty vulnerable thus far. Look for him to go over 100 yards and catch a touchdown, just like always.

Seriously, give this man some love.

The Wildcats’ Next Great Weapon

Of the skill-position players mentioned above, none might have more potential than Chris Rodriguez Jr. The Kentucky running back has been electric thus far.

Rodriguez is second in the nation in rushing with 331 yards and has five touchdowns. He’s a unique blend of size (5’11”, 224 lbs) and elusive enough to be mighty effective in the open field.

My only concern is ball security. Against Missouri last Saturday, Rodriguez fumbled once on the goal line and nearly fumbled again in almost the same exact situation. After review, the officials ruled that Rodriguez just barely crossed the end zone before losing the football.

Outside of that, he looks like a future star in the SEC. The junior will get plenty of cracks at quality teams in significant spotlights, which should help.

If he can eliminate the fumbling, his profile should quickly grow larger.