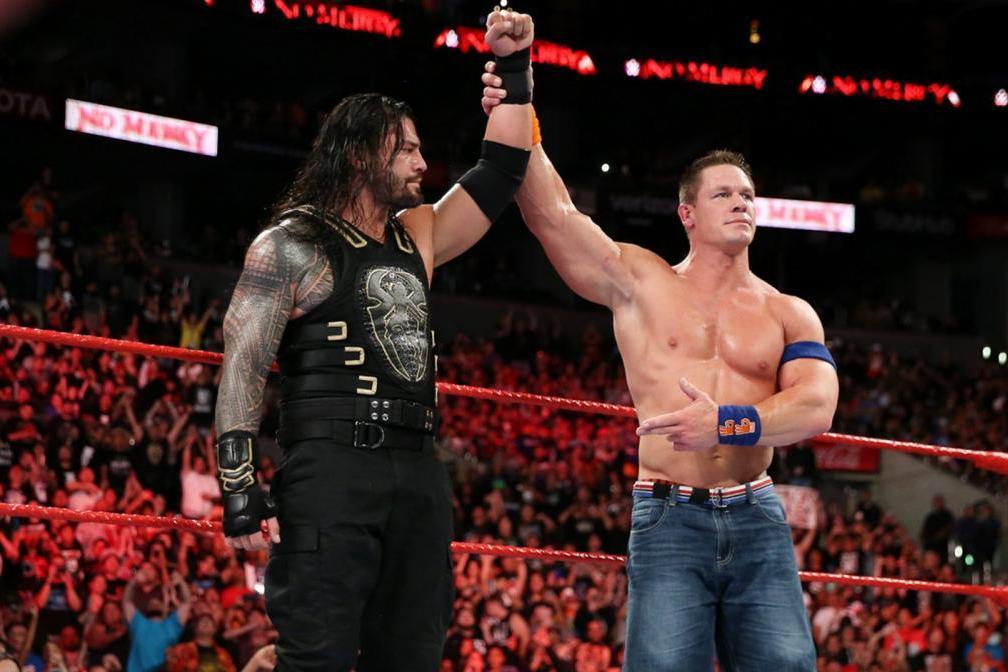 WWE is going for bigger, better and more prestigious with its SummerSlam pay-per-view this year, and the details surrounding the event headline this week’s collection of wrestling rumors.

It is not the only topic capturing the attention of fans, though, as Aleister Black’s name remains on their lips and in the body copy of writers and journalists. An update on the former NXT champion is also within, as is how Black’s release from WWE has affected Big E.

This year’s SummerSlam will be as big as WrestleMania, with a worthy main event to boot, according to a report from WrestleVotes.

Not only does the company want the show to be the biggest of the year, but it is also tapping universal champion Roman Reigns vs. John Cena as the marquee bout to help create that feel and sell out the building.

If ever there were a match that would generate excitement and intrigue about the Biggest Party of the Summer, it is The Tribal Chief vs. the Hollywood star he supplanted atop the company.

Reigns and Cena have wrestled before in a very good, albeit less prestigious showdown at No Mercy in 2017. Since then, Cena has gone on to success in Hollywood, transitioning from in-ring performer to movie star, while Reigns has turned heel and found his true calling as the villain around whom everything revolves on Friday nights.

Theirs is a match that would create instant and genuine interest in the show and draw eyes that may not have watched professional wrestling since the COVID-19 pandemic’s outbreak. It would make SummerSlam feel like a show on par with WrestleMania, for which WWE opted to stick with a mostly full-time roster for its festivities.

Seller’s remorse is very much a real thing for WWE officials in regard to a certain former NXT champion.

PWInsider.com’s Mike Johnson reported there are some in WWE who believe Aleister Black was released prematurely, and as a result, there is an internal push to re-sign him.

Black had just reappeared on television and ignited a rivalry with Big E prior to his sudden release from the company in what WWE relayed to talent via text message as being because of “budget cuts.”

Because, in relation to others on the roster, Black was making that big money. Insert eye roll emoji here.

The fact of the matter is that a breakdown in communication between upper management and those in charge or writing the shows allowed Black to be heated up after months spent on the sidelines. He was brought back on to television, given a new character and highlighted in a hot end to SmackDown by attacking Big E, only to be gone by the next week.

And now that he has been out and about explaining his creative process and showing no ill will toward the company, WWE officials realize they probably made a mistake and don’t want to let that guy, with his wealth of creativity and knowledge, venture off anywhere else.

It will be up to Black whether he decides the allure of settling unfinished business in WWE is worth it or if he would rather take his talents elsewhere to prove his staunchest doubters in The E wrong.

Speaking of Black, his release did not only affect him but also the man who was intended to feud with him for the foreseeable future, Big E.

The former intercontinental champion has been missing from SmackDown because CEO Vince McMahon doesn’t have anything for him to do in the wake of his opponent’s release, according to H. Jenkins of Ringside News.

Yes, a charismatic star who was a major part of SmackDown’s creative leading into and through WrestleMania hasn’t been on TV because the creative genius and wrestling visionary that is McMahon can’t come up with anything worthwhile for him.

It shouldn’t be much of a surprise given the state of Raw that McMahon would be bankrupt when it comes to a talent like Big E.

What is, though, is that he would opt to cut the guy Big E just started a feud with and then watch as the powerhouse of The New Day sits around and does nothing to help a show that will always be better off with him on it.

That needs to change quickly or all of the momentum the company built with Big E, beginning with his Intercontinental Championship win last Christmas, will be for naught.