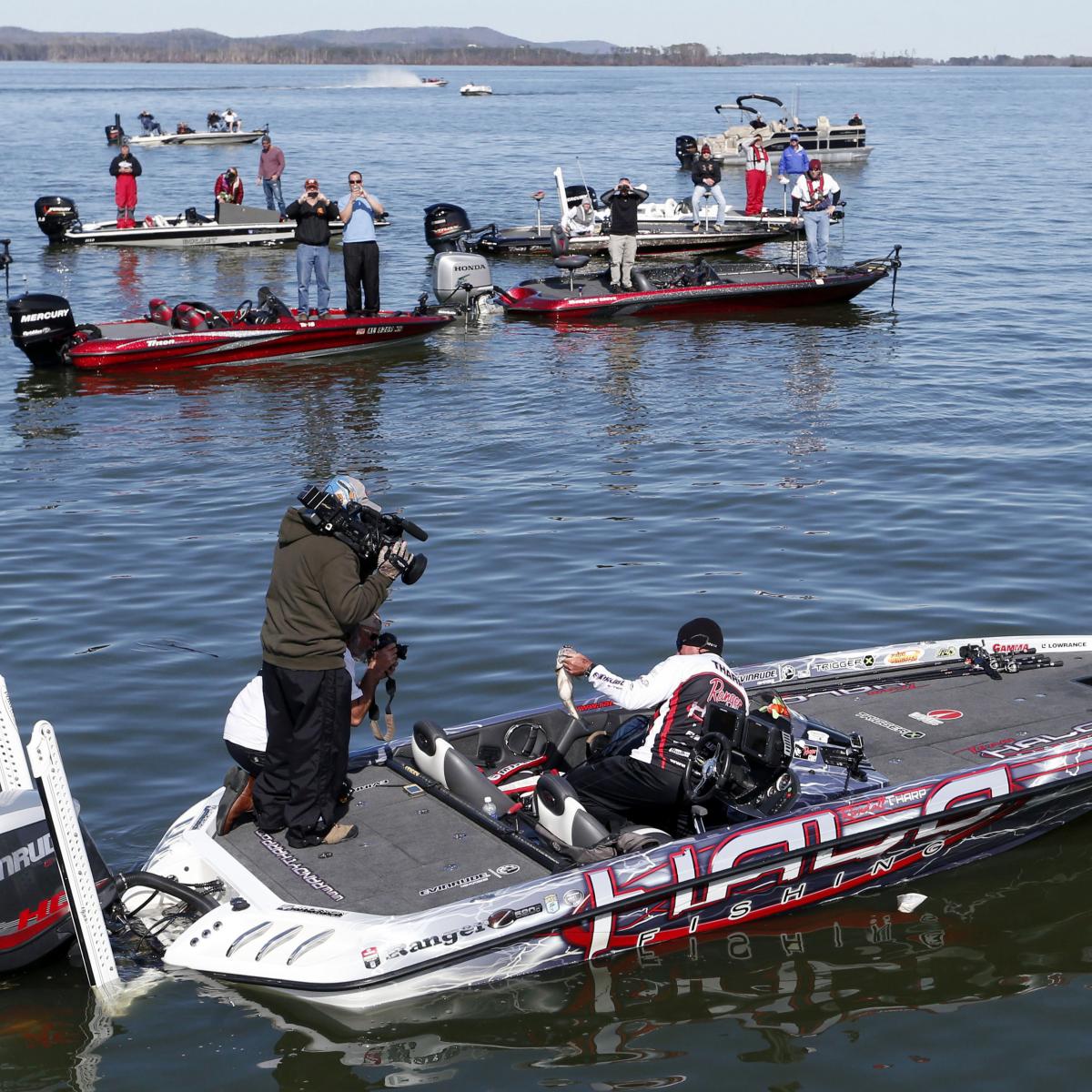 In recent years, the Bassmaster Classic has been held in late winter or early spring. But like many events over the past 18 months, that’s changed because of the coronavirus pandemic.

The tournament was held between September and November from 1971-82, while it took place in either July or August every year from 1983-2005. Since 2006, the Bassmaster Classic had taken place in either February or March. But the coronavirus pandemic pushed back the 2021 event, which is finally set to get underway Friday at Ray Roberts Lake State Park in Pilot Point, Texas.

It’s the first time the tournament is being held in June. And it’s only the third time that it’s happening in Texas (the previous two occasions came in 1979 and 2017).

Here’s everything else you need to know about the 2021 Bassmaster Classic.

There will be 54 anglers competing for the $300,000 on offer to the winner of this year’s Bassmaster Classic. In order to receive that prize, one must record the highest three-day weight total of fish caught.

It’s been a while since Clark Wendlandt has competed in the Bassmaster Classic, with his most recent appearance coming in 2001. This will be his fifth time participating, and he could be among the favorites to win.

Wendlandt was named the 2020 Bassmaster Elite Angler of the Year, and the 55-year-old has a chance to keep that momentum going by winning the Bassmaster Classic for the first time. Regardless of the unknowns about Ray Roberts Lake State Park, it appears Wendlandt is optimistic.

“It’s a lake that’s got big fish,” Wendlandt said, per Matt Wyatt of the Houston Chronicle. “It doesn’t necessarily mean you’re going to catch tons and tons of them, but it’s got some big ones.”

Wendlandt is one of the five Texans in the field who could perhaps have advantages from fishing in some nearby water.

Although there are 54 anglers in the competition, the field will be cut to 25 ahead of Sunday’s final round.

Hank Cherry was the 2020 Bassmaster Classic champion, winning the event for the first time by catching 65 pounds, 5 ounces of fish at Lake Guntersville, Alabama. The last angler to win the tournament in consecutive years was Jordan Lee, who was victorious in both 2017 and 2018.

There are plenty of strong anglers in this year’s field, and it should be exciting to see who comes through with the biggest haul.

“This is the Super Bowl of bass fishing, and it is an incredible privilege to welcome anglers, their families and fans from around the country to Fort Worth,” Fort Worth Sports Commission director Jason Sands said, per Matt Williams of the Dallas Morning News.

Because the tournament was postponed for nearly three months, it means more fans will be in attendance. According to Williams, Sands is expecting “more than 70,000” fans to be at this year’s Bassmaster Classic.