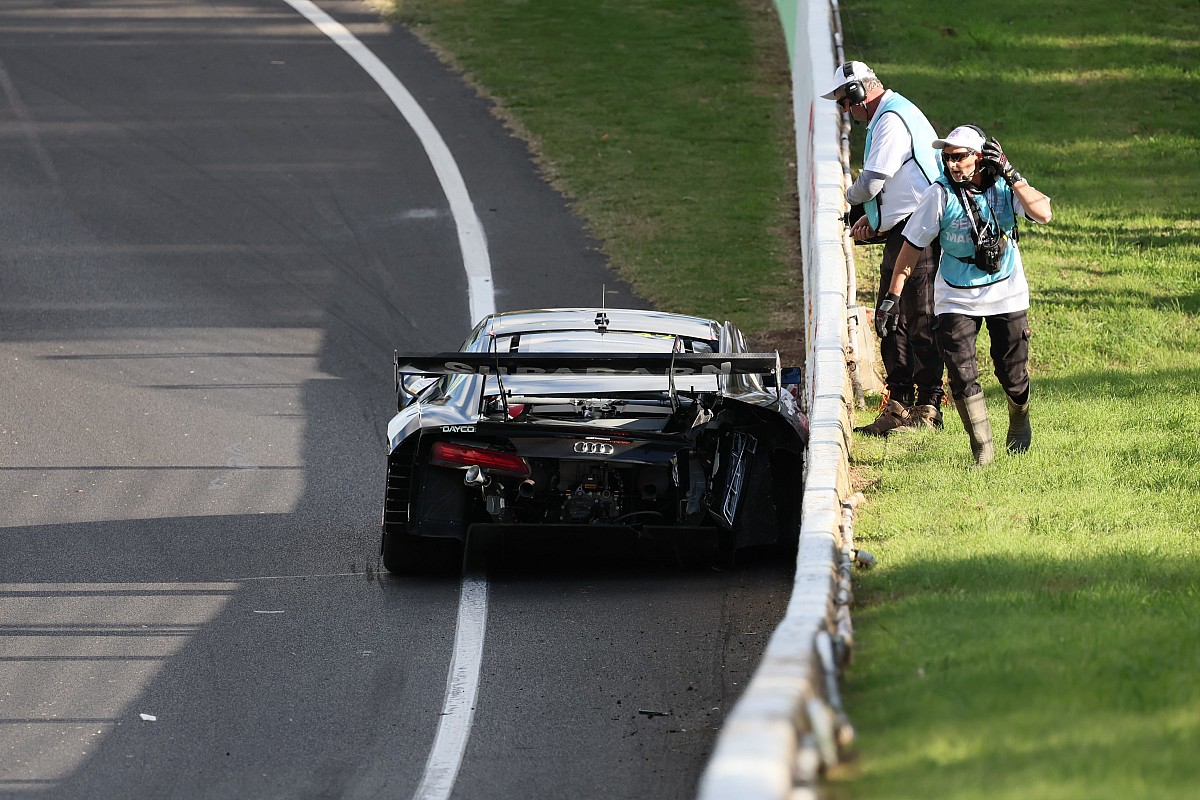 Practice 2 pacesetter Brad Schumacher (#74 Melbourne Performance Centre Audi) made a fast start to the second Am-only session, pulling almost a second over the field with a 2m08.290s on his third lap.

But not long after that the session ground to a halt after Theo Koundouris hit the wall in his MPC Audi at Reid Park.

The incident left the #47 Audi badly damaged, the recovery taking more than 20 minutes.

That led to organisers extending the session by 25 minutes to ensure the Am drivers could get their full 40 minutes of running.

Once the session was green again times began to tumble, Liam Talbot leading the way in the #65 MPC Audi with a 2m06.216s.

That’s where the benchmark stayed, Talbot still on top as the chequered flag flew.

His margin back to Yasser Shahin in the #777 MPC Audi was four-tenths, Schumacher just another tenth back as the two Valvoline-backed Audi drivers continued their see-sawing battle.

Martin Konrad was the best of the non-Audis in the #75 SunEnergy1 Racing Mercedes followed by Kevin Tse in the #91 Craft-Bamboo Mercedes.

Practice continues this evening with a twilight session for all drivers starting at 5:05pm local time.

From Saturday you can watch all of the Bathurst 12 Hour action live and free on Motorsport.tv (not available to viewers in Australia and New Zealand).