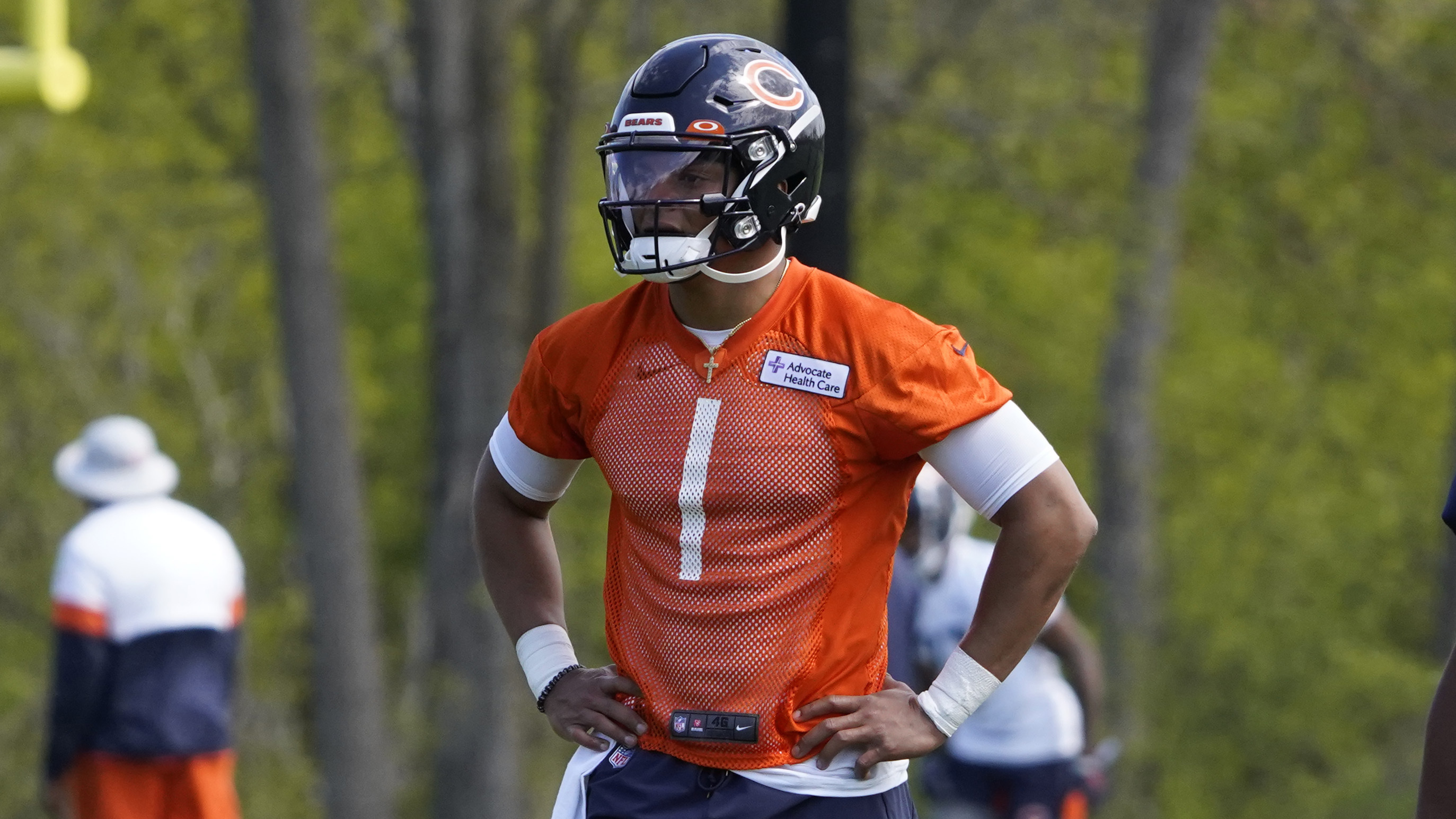 One member of the staff told Albert Breer of Sports Illustrated that Fields is “playing the rookie role very well” in practices, soaking up information and showing a high level of coachability.

The Bears have publicly committed to Andy Dalton as their starter on a number of occasions after signing him to a one-year, $10 million contract in March. Dalton was never expected to be the long-term solution, and the Bears confirmed that when they drafted Fields with the No. 11 overall pick.

“Matt has spoken to Andy Dalton tonight,” general manager Ryan Pace told reporters in April. “That communication and clarity for us is really important. Andy is our starter, and we’re gonna have a really good plan in place to develop Justin and do what’s best for our organization and win games.”

Pace and head coach Matt Nagy are firmly on the hot seat headed into 2021 and may be more comfortable with a veteran leading the charge. Dalton is unspectacular but steady under center, while Fields would offer a higher ceiling like most first-round rookies.

It’s possible that Fields winds up outplaying Dalton to such a degree that it’s impossible for him not to be under center Week 1. Bears fans aren’t going to have much patience for Dalton struggling with a potential star waiting in the wings.