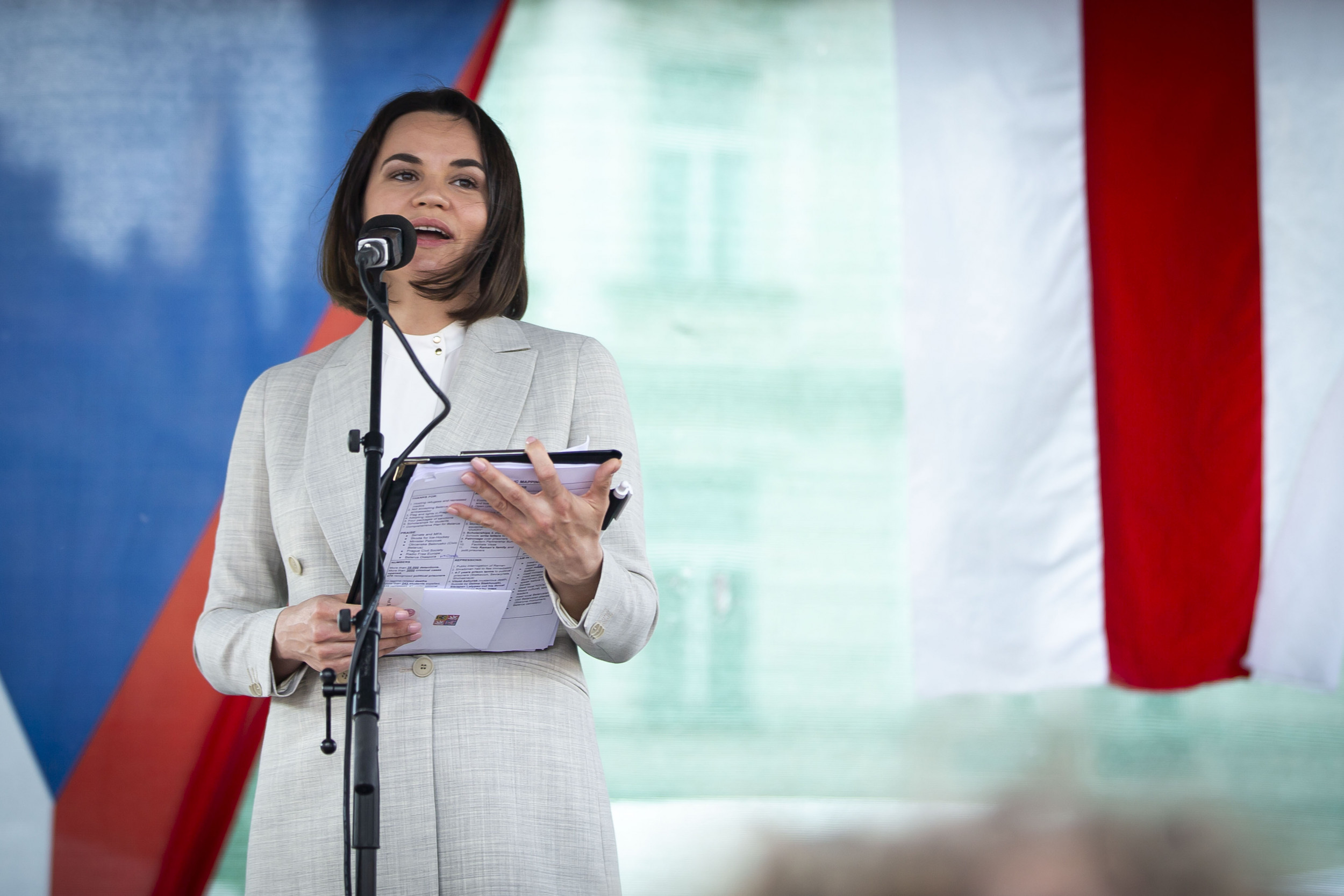 A Belarusian opposition leader on Wednesday compared President Alexander Lukashenko’s crackdown on protesters against his authoritarian rule to “Stalinism” while speaking to the Czech Republic’s Senate in Prague.

Lukashenko’s reelection to a sixth term after Belarus’ August 2020 presidential election, largely viewed as invalid, led to months of protests and a brutal crackdown. The main opposition candidate in the 2020 election, Sviatlana Tsikhanouskaya, said the crackdown is “a terror that our country has not experienced since the time of Stalinism,” referring to Soviet Union leader Joseph Stalin.

“The only solution to the crisis in Belarus can be free elections,” Tsikhanouskaya said.

She asked the Czech Republic’s Senate to set up an international conference to investigate and prosecute crimes that she said have been committed by Lukashenko and his government.

Belarusian police have arrested more than 35,000 people, and thousands of protesters were beaten by officers.

In audio testimony to the U.S. Senate’s Foreign Relations Committee later Wednesday, Tsikhanouskaya said that although there were defections by law enforcement officers amid the protests in Belarus, the opposition thinks discontented officials will be useful by staying in their jobs.

“We changed the strategy a little bit, and we ask the people in the regime to stay in their places but to give us inside information,” she said.

In the Czech Parliament, Tsikhanouskaya also called on European countries to impose more sanctions on the Belarusian government, to halt trade in Belarusian oil products and fertilizers, and to not cooperate with the country’s state institutions and banks.

International condemnation and isolation of Belarus have deepened since Belarusian flight controllers on May 23 told the crew of a Ryanair airliner of an alleged bomb threat. They instructed the pilots to land in the capital, Minsk, where journalist Raman Pratasevich was pulled off the plane by authorities and arrested.

“The terrorist nature of Lukashenko’s dictatorship now becomes evident to the whole world,” said Tsikhanouskaya, who received a standing ovation in the Czech Senate.

Tsikhanouskaya was in Prague at the invitation of Senate Speaker Milos Vystrcil. She also met with Czech President Milos Zeman and Prime Minister Andrej Babis.