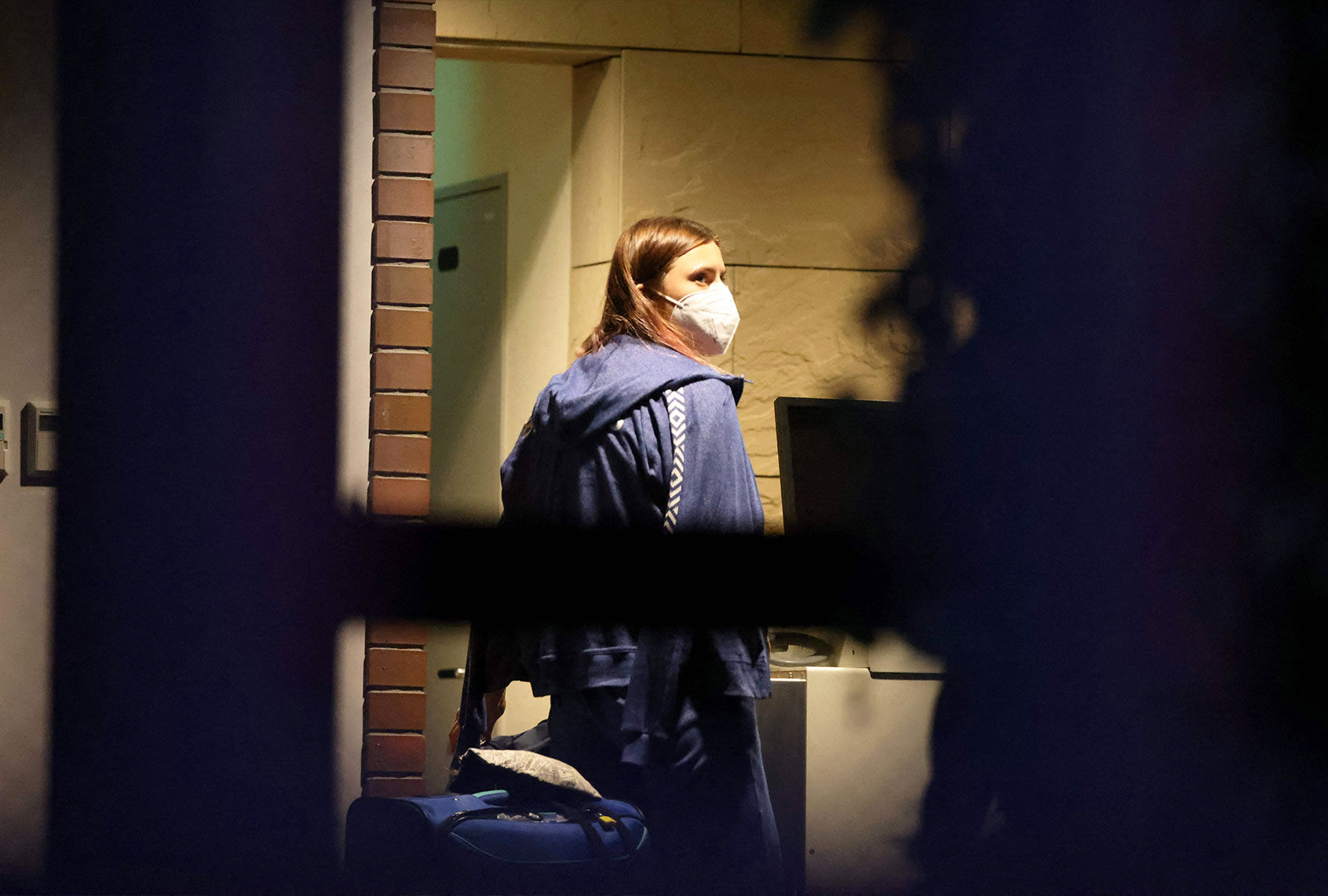 Belarusian Olympic sprinter Krystsina Tsimanouskaya has been granted a visa from Poland after the athlete announced she would seek asylum from the Belarusian government, the Associated Press reports. Tsimanouskaya says that after she criticized the officials managing the Belarusian track and field team on social media, she was immediately taken to the airport to board a flight to Istanbul.

Tsimanouskaya refused to board, and approached the police and even the International Olympic Committee for help. Now that the 24-year-old runner’s humanitarian visa application has been accepted by Poland, and Szymon Szynkowski vel Sek, a Polish deputy foreign minister, has said Tsimanouskaya can seek refugee status in Poland. Her husband, Arseni Zdanevich, has fled Belarus for Ukraine.

Tsimanouskaya’s criticism may have seemed trivial from the outside; she posted her objection of Belarusian officials putting her in the 4×400 relay even though she’d never raced in the event before. However, Belarus’ National Olympic Committee has been led for almost 30 years by its authoritarian President Alexander Lukashenko and his son Viktor, both of whom were banned from attending the Tokyo Games for their repression of Belarusian athletes and political dissidents, broadly.

“Lukashenko perceives all criticism as part of a plot by Western countries,” Valery Karbalevich, an independent Belarusian political analyst told the AP. “Tsimanouskaya’s protest is viewed as part of a broader movement of hundreds of Belarusian athletes who stood against the beatings of peaceful demonstrators and for a year have been taking part in street rallies.”

As much of the spectatorship of the Olympics this year has devolved into racist, sexist cultural debate about whether gymnastics legend Simone Biles is a “quitter,” news of Tsimanouskaya’s plight to seek safety from her government amid the Olympic games offers a stark reminder of the political realities that belie all the ceremony and fanfare. The Tokyo Olympics may have banned any and all political protest and symbols, but it can’t very well ban the real-life oppressions and threats the athletes seek to protest or protect themselves from.

Tsimanouskaya is by no means the only Belarusian who’s faced harsh consequences or threats from the Belarusian government for even mild criticism of it. The authoritarian government has pushed many dissidents to flee the country for its safety, and the AP reports many have often wound up seeking and finding refuge in Poland, where Tsimanouskaya is currently staying. And as she stays at the Polish embassy Monday, the Olympic games continue to unfold in Tokyo.

Sporting events are often packaged and presented as apolitical, supposedly meant to offer mindless escapism from the political realities of a world on fire from climate change, racist and relentless police brutality, endemic sexual abuse and cover-ups, and autocratic, repressive governments. Throughout the Cold War, the Olympics often featured a frenzy of athletes from around the world seeking asylum, including as many as 117 athletes defecting from their countries at the Munich Olympics in 1972.

Decades later in 2021, the Olympics remains an inherently political, high-stakes institution, however much officials would like to conceal this. This year’s Olympics was halted for nearly a year by a pandemic, and its return while the pandemic remains widespread and deadly has been protested by many residents of Tokyo, who are put at risk by the event despite its stringent safety measures. Olympic games have often come with harm to locals, displacing communities and, in Greece which hosted the games in 2004, even sparking national economic disaster.

In addition to concerns about the pandemic and the safety of locals in Tokyo, this year’s Olympics have also raised serious concerns about the unequal treatment and severe policing of Black women athletes by rulemaking bodies. Tsimanouskaya’s case, all while the games are continuing to unfold, shows that reckoning with the real-world at the Olympics isn’t just inevitable, it’s a feature of the event, as it somehow claims to be apolitical.

State media in Belarus have since called Tsimanouskaya’s fleeing the Olympics to Poland a “cheap stunt” and “disgusting act,” and also called her participation in the Olympics a “failure.”