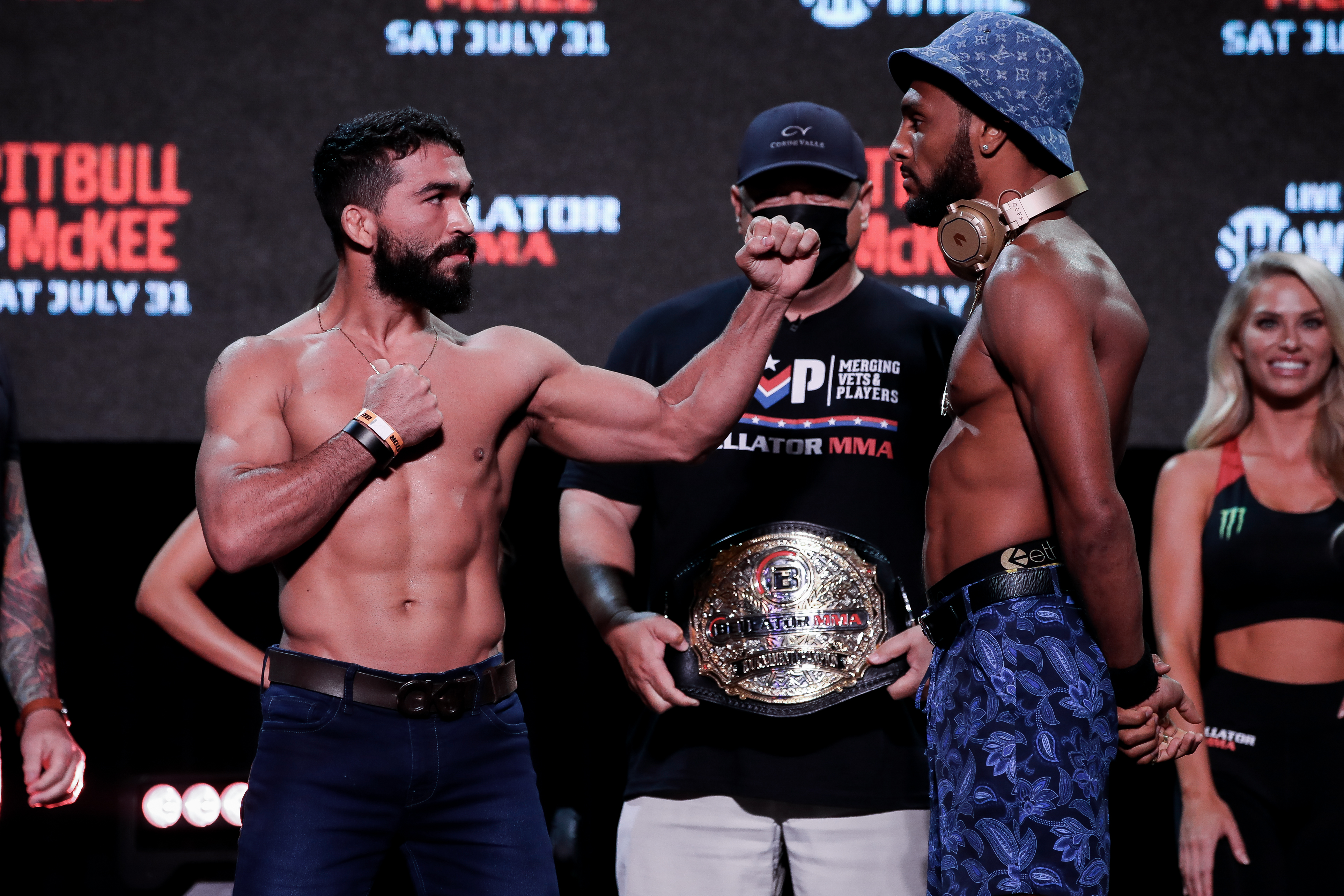 Bellator 263 takes place Saturday, and you can join us for official results.

The event takes place at The Forum in Inglewood, Calif. The main card airs on Showtime following prelims on MMA Junkie.

In the main event, lightweight and featherweight champion Patricio Freire (32-4 MMA, 20-4 BMMA) puts his 145-pound title on the line against A.J. McKee (17-0 MMA, 17-0 BMMA) in a fight that doubles as the featherweight grand prix final.