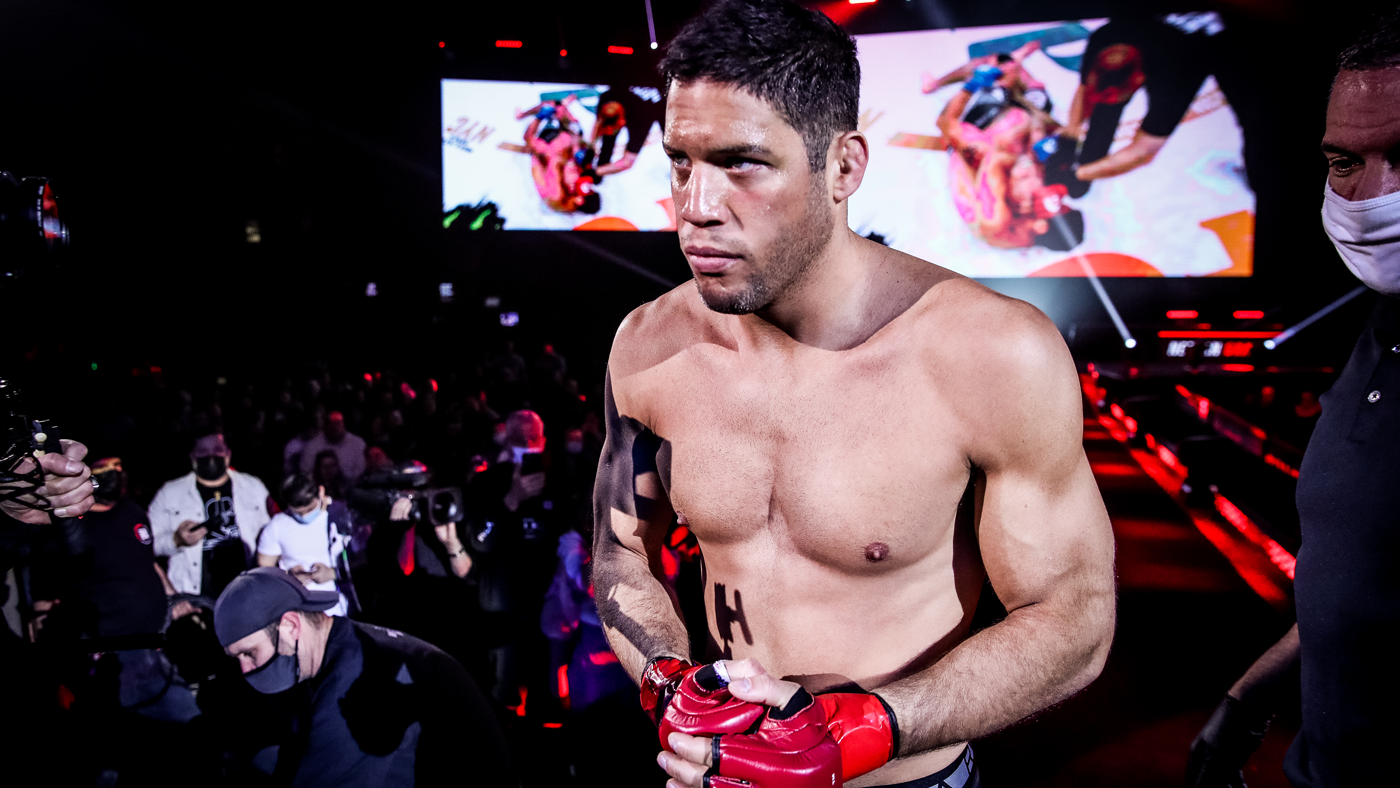 Neiman Gracie and Goti Yamauchi have trapped many victims in the webs of their complex grappling. But only one can walk away on top when the two vaunted submission specialists meet in the main event of Bellator 284 from the Sanford Pentagon in Sioux Falls, South Dakota.

Gracie (11-3) emerged as one of the promotion’s most promising stars after submitting Ed Ruth in the Bellator Welterweight Grand Prix quarterfinals in 2018. Since then, the No. 5 ranked welterweight has searched to recapture the magic of his 9-0 starting run. Gracie has alternated losses and wins in his last five fights. He successfully retired Jon Fitch but was outpointed by elite Bellator welterweights like Logan Storley, Jason Jackson and Rory MacDonald. The 33-year-old is a premier modern banner carrier of the legendary Gracie family. Nine submission wins are on brand and a TKO of Mark Lemminger showed his evolution.

“A lot of people were criticizing me because the fight was mostly striking, but I made Logan Storley have a fun fight… how hard is that?” Gracie said at media day this week. “I think it’s gonna be more grappling on this fight because he’s not afraid to go to the floor. Storley was afraid to go to the ground — no disrespect, but he said that.”

Yamauchi (27-5) had his fair share of success at featherweight and lightweight but makes his welterweight debut on Friday. Fighters often switch divisions to refresh their careers, but Yamauchi has been one of Bellator’s better fighters for a long time. The submission savant — who has a ridiculous 21 career submission wins — pieced together a 13-4 record since debuting with Bellator in 2013. Yamauchi has only dropped decisions to Dan Moret (split) and Michael Chandler (unanimous) in the last five years. His recent victories include a TKO over Chris Gonzalez, submissions of Daron Cruickshank and Saad Awad, plus a decision over Daniel Weichel. A win over top-five ranked Gracie could reward Yamauchi with big fights two divisions up from where Yamauchi started his career.

Can’t get enough boxing and MMA? Get the latest in the world of combat sports from two of the best in the business. Subscribe to Morning Kombat with Luke Thomas and Brian Campbell for the best analysis and in-depth news.

“I think lightweight and welterweight are the hardest weight classes in MMA. I’m moving up. I used to fight tough guys at lightweight, but I’m a little happier and healthier this time. Way better now at 170,” Yamauchi said. “This is my weight class. I’m not cutting less; I got bigger. Real weight. Muscles, not fat. I work even harder, but now, with health and some quality muscles. I think welterweight is a good opportunity to prove I was doing something wrong with the weight.”

The co-main event has significant implications in the heavyweight division. Former interim Bellator heavyweight champion Valentin Moldavsky (No. 1) bounces back from a loss to undisputed champion Ryan Bader by challenging the division’s most promising prospect. Steve Mowry (No. 5) has finished all 10 of his professional fights via knockout or submission. While Mowry has faced more experienced opposition than Moldavsky, this is his direct route to a heavyweight title fight.

Here’s the fight card for Bellator 284 with the latest odds from Caesars Sportsbook.

Neiman Gracie vs. Goti Yamauchi: Yamauchi is a name that is often overlooked by Bellator fans. He has remained one of the most consistent fighters over the last nine years. The submission threat is real and his resolve is evident in the decision to move up another weight class. Gracie has struggled to break through to the championship level in Bellator, but he remains a significant presence in one of the company’s deeper divisions. Gracie benefits from a two-inch height advantage and the fighters are equal in reach. Despite how close those statistics are, I expect Gracie to carry the bigger frame. Gracie has evolved at a faster rate in the striking and should carry power behind his size. A grappling-heavy fight could produce fireworks or duds. Alternatively, they may negate one another and force a striking exchange. I favor Gracie to win this more often than not. Gracie via UD

Another team has Kevin Durant’s attention. Plus, four reasons for Yankees’ struggles as they head to Fenway
What’s happening to the Yankees? Plus, previewing Serie A