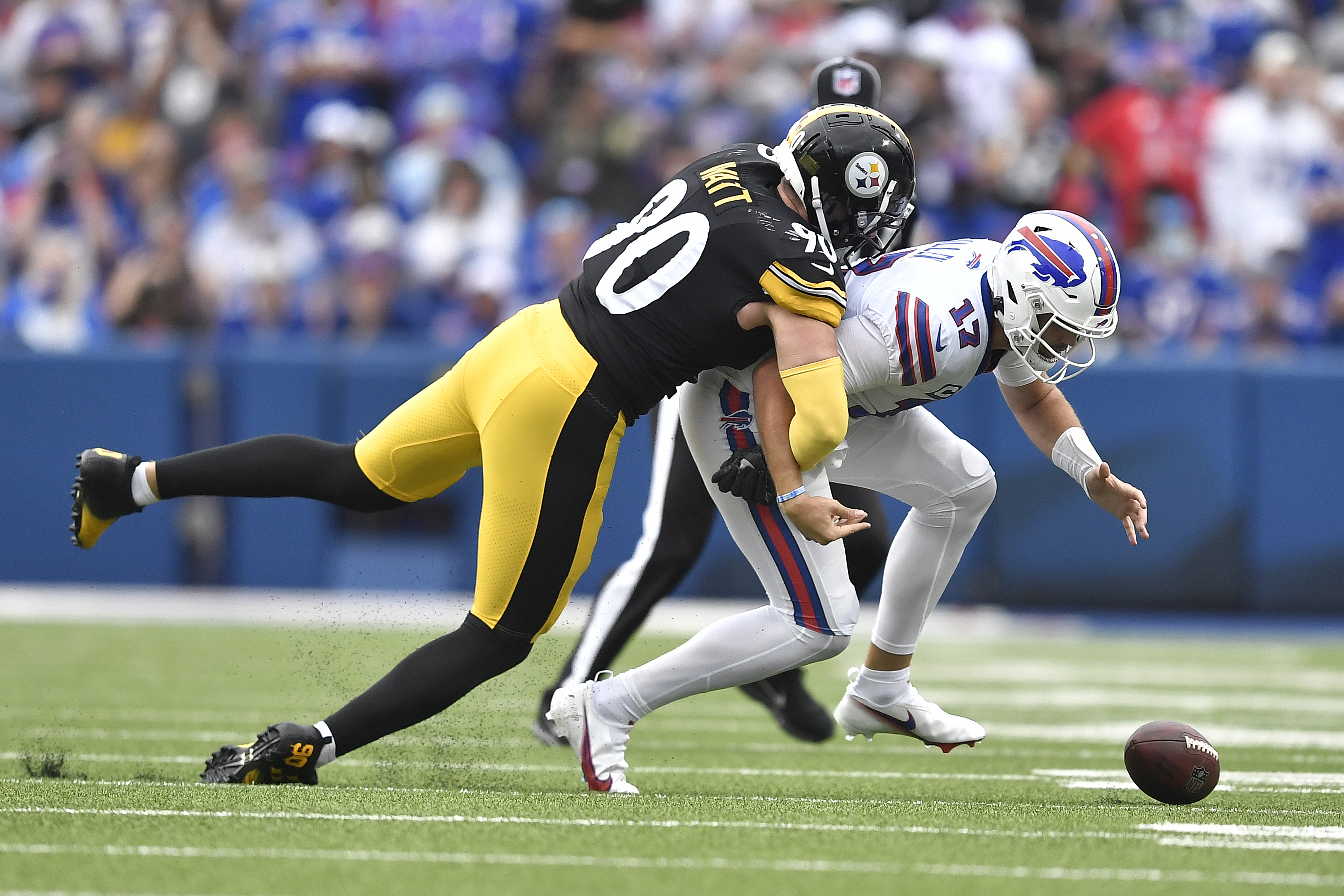 The Pittsburgh Steelers kicked off their 2021 season with a key conference win, earning a 23-16 victory over the Buffalo Bills.

Down 10-0 at halftime, Ben Roethlisberger and the Steelers found more success in the second half to earn a come-from-behind road win at Highmark Stadium. The Pittsburgh defense was especially impressive, holding last year’s No. 2 scoring offense to just six points in the second half.

Pittsburgh’s special teams did their part as well with a blocked punt returned for a touchdown that extended the lead in the fourth quarter:

Buffalo had a pair of field-goal drives down the stretch, but it wasn’t enough to pull out the win.

Josh Allen was held to just one passing touchdown as the Bills struggled offensively. It’s an early setback for a team considered a top Super Bowl contender entering the season.

There wasn’t much room for the Bills to operate, with the Steelers defense playing well at all three levels. Cameron Sutton held his own against Stefon Diggs, while T.J. Watt was showing why he earned a huge extension before the start of the season.

Chases down Josh Allen for the strip-sack.

Allen finally came through with a touchdown pass to Gabriel Davis just before halftime:

It still wasn’t easy to move the football as Allen struggled with efficiency, finishing with just 5.3 yards per pass attempt.

The Bills then further hurt their cause by turning it over on downs in each of the first two drives of the second half. Those plays represented significant turning points in the game.

#Bills turn it over twice on downs featuring highly questionable calls and decisions.

Everything the Bills have done on 4th downs has been wrong

The second fourth-down stop was a strangely designed play to Matt Breida that lost seven yards on 4th-and-1.

The next drive ended even worse for the Bills as the Steelers blocked a punt and ran it back for a touchdown.

Buffalo easily finished with more offensive yards in the game (371-251), but these types of key plays made a huge difference in a low-scoring battle. With just one touchdown on four red-zone trips, the final result is understandable.

Allen will need to clean things up in future games for the Bills to reach their lofty goals this season.

The Steelers had to have been embarrassed by their offensive showing in the first half Sunday.

Not only were the visitors held scoreless, they finished with just 54 yards of offense with three first downs and five punts.

Fairly brutal 1st half for the Steelers offense. Picking up where they left off down the stretch a year ago

The Steelers offense is hideous. They can’t block, and Roethlisberger is picking up where he left off

The offensive line was an issue as many predicted entering the season.

Harris is averaging 1.1 ypc. The offensive line was the biggest question mark going into today, and with numbers like that — plus two sacks of Roethlisberger — clear that unit still has A LOT of work to do.

There was finally some ball movement in the second half, with Chase Claypool providing a significant boost to the offense:

Hey there’s some Matt Canada trickeration. Chase Claypool gets a 25-yard gain with that end around.

Chase Claypool has decided to take it upon himself to wake up the Steelers offense.

Diontae Johnson finished the drive with an impressive catch in the end zone.

That was the only offensive touchdown for Pittsburgh, but it was all the Steelers needed as the defense and special teams took care of business.

The Steelers have a lot of offensive firepower between Johnson, Claypool, JuJu Smith-Schuster and Najee Harris, each of whom had quality moments in the game. Even without much consistency, a few good plays from each could be enough for the Steelers to squeeze out wins this season.

The Steelers will have their first home game in Week 2 against the Las Vegas Raiders. The Bills will go on the road next week for a divisional battle against the Miami Dolphins.