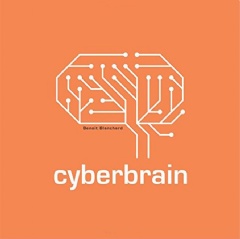 Is suppressing the mind really the answer to eradicating crime that plagues one’s country?

Crime has always been rampant, no matter what century it is, whether it be a premeditated operation or just a simple crime such as theft. The criminal mind is as complex as the theories of this world. Whatever may be the reason for how one becomes a criminal, it is a mystery that is left unsolved. It’s difficult to understand how a normal person such as a friend, neighbor, or coworker can become a criminal overnight. Which poses the question “How does a person become a criminal?”

Benoit Blanchard’s new release “Cyberbrain” (Friesen Press, 2014) is an audiobook about suppressing criminal thought by implanting “cybers” in the brains of newborns to eradicate crime. The story begins with Patrick Kobayashi, creator of the Cyberbrain program, who plans to expand mind control throughout North America under the auspices of the American president. Max Wilson, an ethical neurosurgeon whose purpose in life is to prevent Cyberbrain’s expansion outside the United States, and one of the first wave of Cyberbrain implants, plans to battle the extraction of cybers and save the community before it spreads.

But, how can Max battle with the implant in his brain?

With Dr. Alston’s help, who uncovered Kobayashi’s plan to expand mind control through Cyberbrain’s implants, he helps Max extract the cyber from his brain, and as a result, became the only person to have his cyber removed, and the most wanted person in the country.

An action-packed thriller audiobook that’ll have listeners hooked on what comes next. Will Dr. Alston’s war on Cyberbrain prove that Kobayashi has something far more menacing in mind? Find out more and grab your copy at Amazon.