Celebrities are paying their respects to Breonna Taylor on what would’ve been her 28th birthday.

On March 13, 2020, the 26-year-old African American woman died after undercover Louisville police officers burst into her home, where she lay asleep with her boyfriend, Kenneth Walker, and opened fire, striking Taylor five times. The officers — Myles Cosgrove, Brett Hankison and Jonathan Mattingly — have not been charged in Taylor’s death.

Taylor’s killing, in addition to that of George Floyd two months later, sparked protests worldwide calling for an end to police brutality and systemic racism. Taylor became a symbol of America’s failure to protect Black women.

On Saturday, June 5, public figures used Taylor’s birthday as an opportunity to not only honor the young woman’s memory but reaffirm their commitment to lasting change. 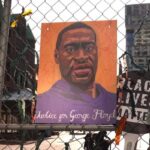 Beyoncé wished Taylor a “happy heavenly birthday” on her official website, which the popular fan account @BeyLegion then tweeted on Queen B’s behalf. She also included an adorable photo of Taylor as a baby. 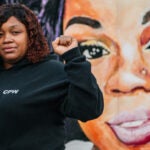 Bernice King, daughter of Martin Luther King Jr., retweeted one of Taylor’s own celebratory tweets from her 25th birthday, or rather “Bre Day,” in 2018.

Tennis legend Billie Jean King’s birthday wishes included a solemn reminder, “Breonna was an EMT and a first responder. She was killed in March 2020 by Louisville police who broke into her home looking for someone else. To date, the officers have not been charged.”

Rosanna Arquette tweeted about how the tragedy of Taylor’s death was preventable. “We want to be celebrating people’s birthday and graduations while they are alive and thriving not because they were killed by gun violence. Today is Breonna Taylor’s birthday who was killed in her own home by police officers. Rest in power Breonna.” 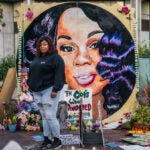