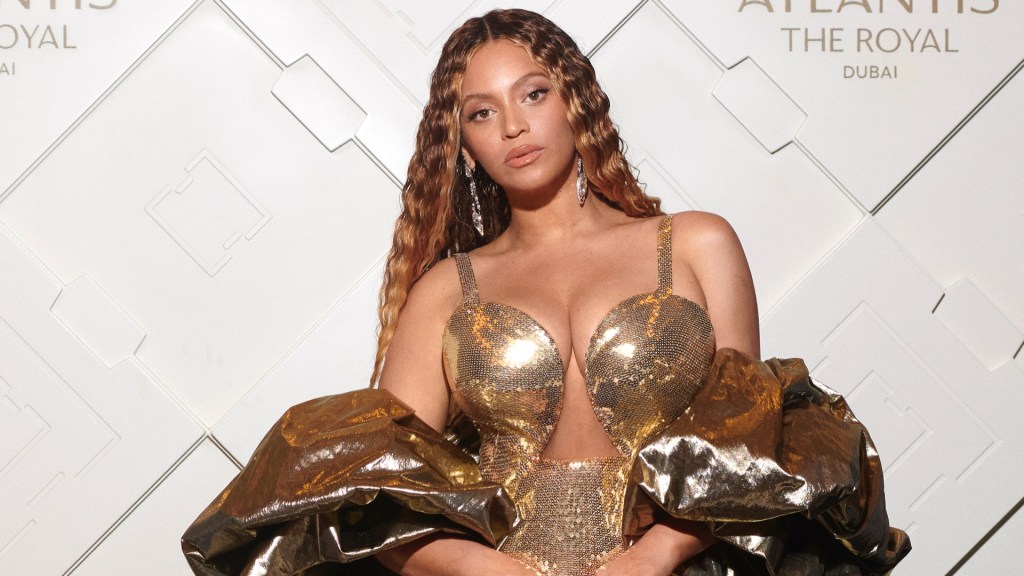 Beyoncé has unveiled the next collaboration between Adidas and IVY PARK — PARK TRAIL.

According to The Hollywood Reporter, the Grammy award-winning icon previewed the new looks a day after her heavily discussed Dubai performance.

The upcoming collection was highlighted by an array of colors ranging from orange, forest/military green, dark purple, and a beige cream aesthetic. Hypebae reports that the color palette was inspired by “the resilience of the outdoors” and “the spirit of the streets,” emphasizing gender neutrality.

Models donning pieces from the seventh collaboration were spotted near Nobu by the Beach, a high-end restaurant at the Atlantis Royal —the same locale where Bey performed on Saturday (Jan. 21).

The PARK TRAIL models were dressed in highlighted pieces from the collection, such as the camo sequin jacket, orange puffer coats, military-style blazers in the dark green and cream colorways, hoodies, sweatsuits, and jersey dresses.

While Beyoncé wasn’t onsite at the event, her creative director Andrew Makadsi made sure her music scored the IVY PARK preview. Makadsi played tracks from her critically acclaimed LP, Renaissance, including “Cuff It,” “Cozy,” “Heated,” and “Break My Soul.”

Janet Jackson’s “What Have You Done for Me Lately” and Madonna’s “Vogue” also could be heard from the speakers.

Adidas and IVY PARK’s PARK TRAIL is set to debut in Adidas stores and online on Feb. 9, 2023.

The singer’s latest collection will carry 56 inclusive apparel styles, including sizes from XXXS to XXXXL.

PARK TRAIL will also feature three footwear styles and twelve accessories, with the collection’s prices ranging from $30 to $600.