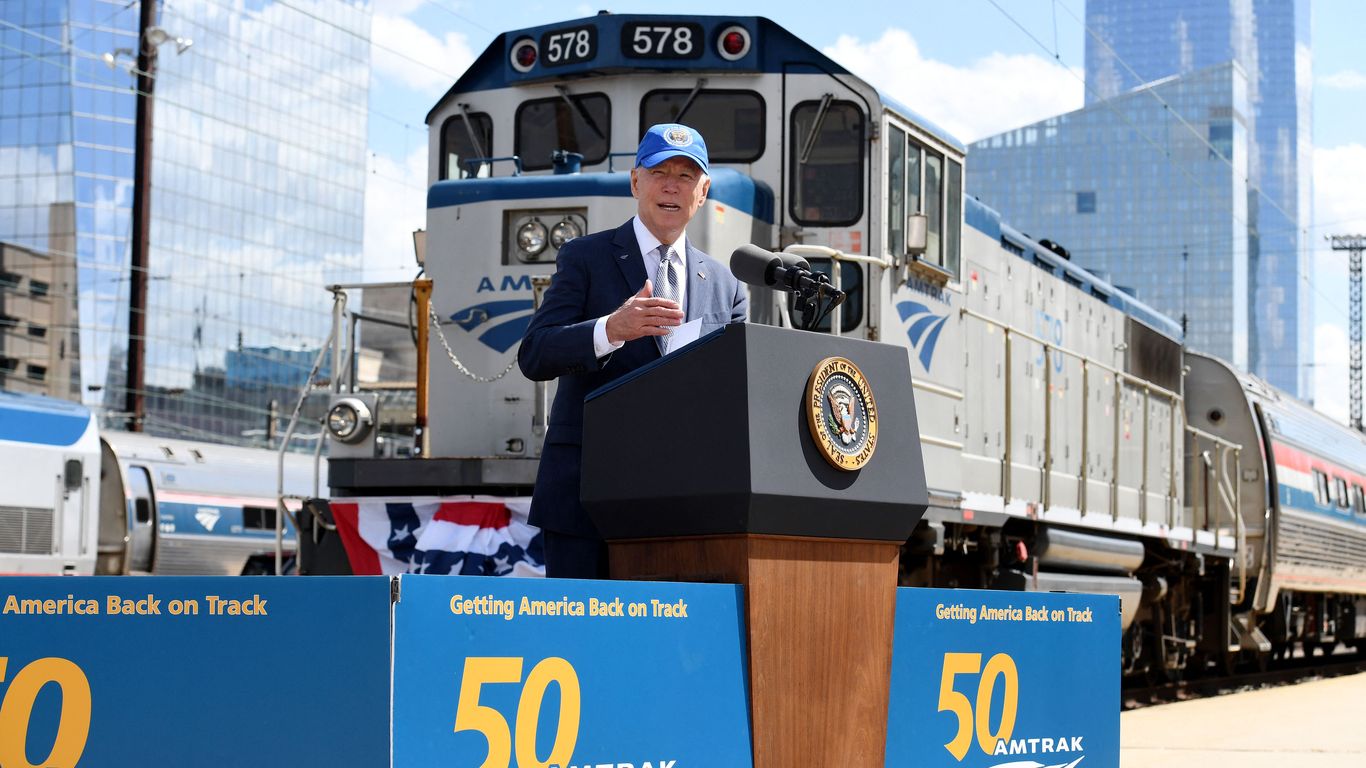 President Biden, Vice President Kamala Harris and members of their administration are fanning out across the country to sell their nearly $4 trillion infrastructure proposal as they move beyond their first 100 days in office.

Why it matters: The all-hands-on-deck, “Getting America Back on Track” tour comes as key administration officials also are trying to court a bipartisan group in Congress to back the legislation.

Between the lines: On Thursday, the day after delivering his joint address to Congress, the president flew to Atlanta.

The vice president visited Baltimore last Thursday and Cincinnati on Friday. She’ll head to Milwaukee — where the Democrats’ held their COVID-reduced convention last summer — on Tuesday.

The bottom line: The administration’s itinerary doesn’t just tell its travel destinations but its political strategy.