Senate Republicans leading efforts to reach a bipartisan compromise on infrastructure legislation had proposed a $50 billion increase in spending compared to Republicans’ previous offer. In a Friday afternoon phone call between Biden and Capito, the president said their increased offer still fell short of his expectations.

“The president expressed his gratitude for her effort and goodwill, but also indicated that the current offer did not meet his objectives to grow the economy, tackle the climate crisis, and create new jobs,” White House press secretary Jen Psaki said in a statement. 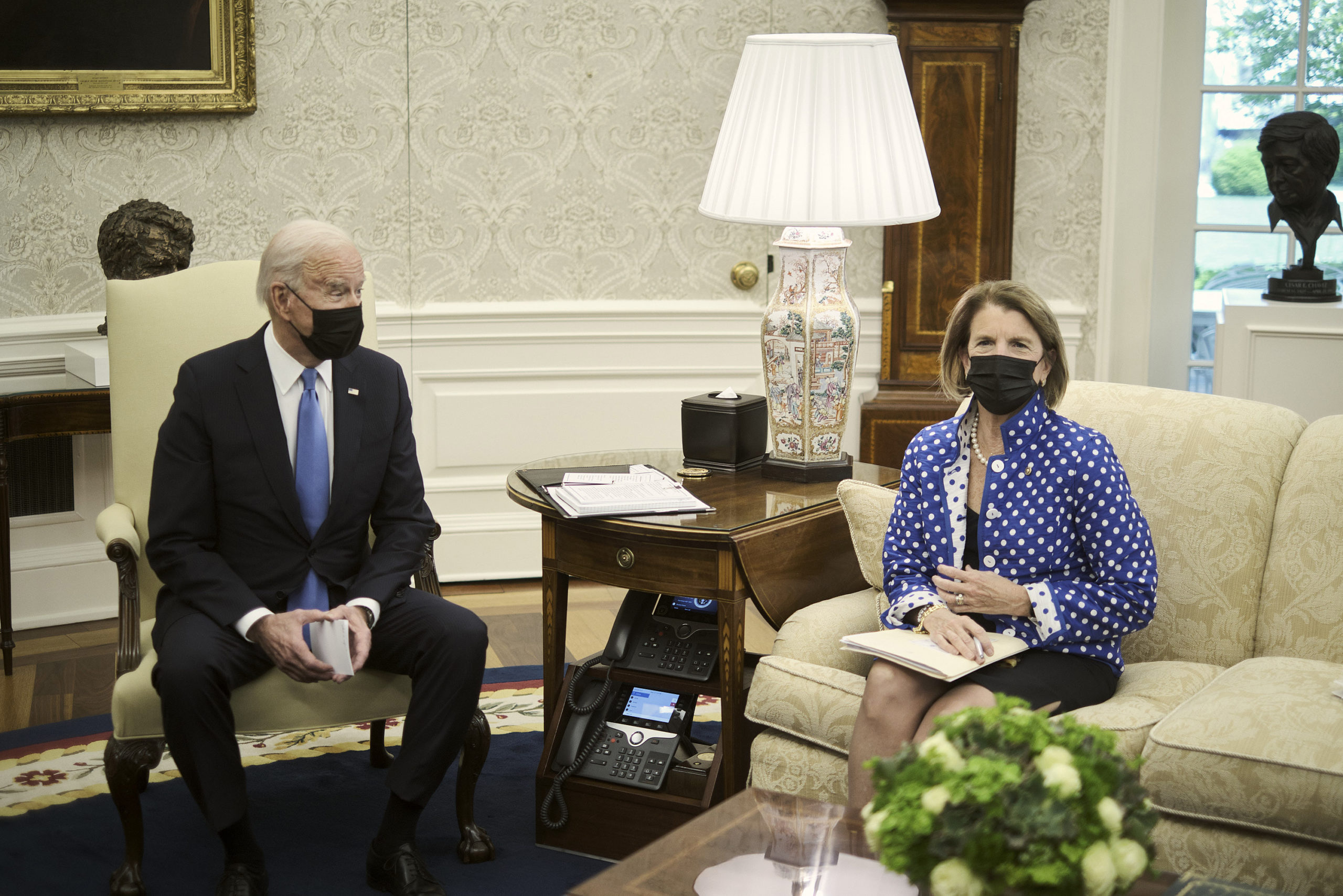 President Joe Biden makes a statement to the press as Sen. Shelley Capito (R-WV) listens during a meeting with a group of republican senators to discuss the administration’s infrastructure plan in the Oval Office at the White House on May 13, 2021 (T.J. Kirkpatrick/Pool/Getty Images)

Biden also told Capito “he would continue to engage a number of senators in both parties in the hopes of achieving a more substantial package,” the White House said. The two have agreed to speak again Monday.

Capito and her colleagues have proposed an infrastructure plan that would cost $928 billion over eight years, but only $257 billion would be new spending, more than what Congress was expected to approve. The offer was made after Biden proposed a revised $1.7 trillion infrastructure plan, less than the original $2.3 trillion plan he unveiled in late March.

Psaki told reporters during a press briefing Thursday that the administration was open to a “range of options” on infrastructure. Biden made another concession to Republicans this week, offering to replace his proposed corporate tax rate hike with a 15% minimum corporate rate. (RELATED: Psaki Dismisses Buttigieg’s Timeline For ‘Clear Direction’ On Infrastructure Talks)

Biden also spoke Friday afternoon to Democratic Oregon Rep. Peter DeFazio, chairman of the House Transportation and Infrastructure Committee, the White House said. The committee is expected to mark up an infrastructure plan introduced by House Democrats that encompasses much of the president’s plan, according to Reuters.

The two agreed on “the benefits of continued engagement with Democratic and Republican senators as the House works on infrastructure advances this coming week,” Psaki said in her statement.