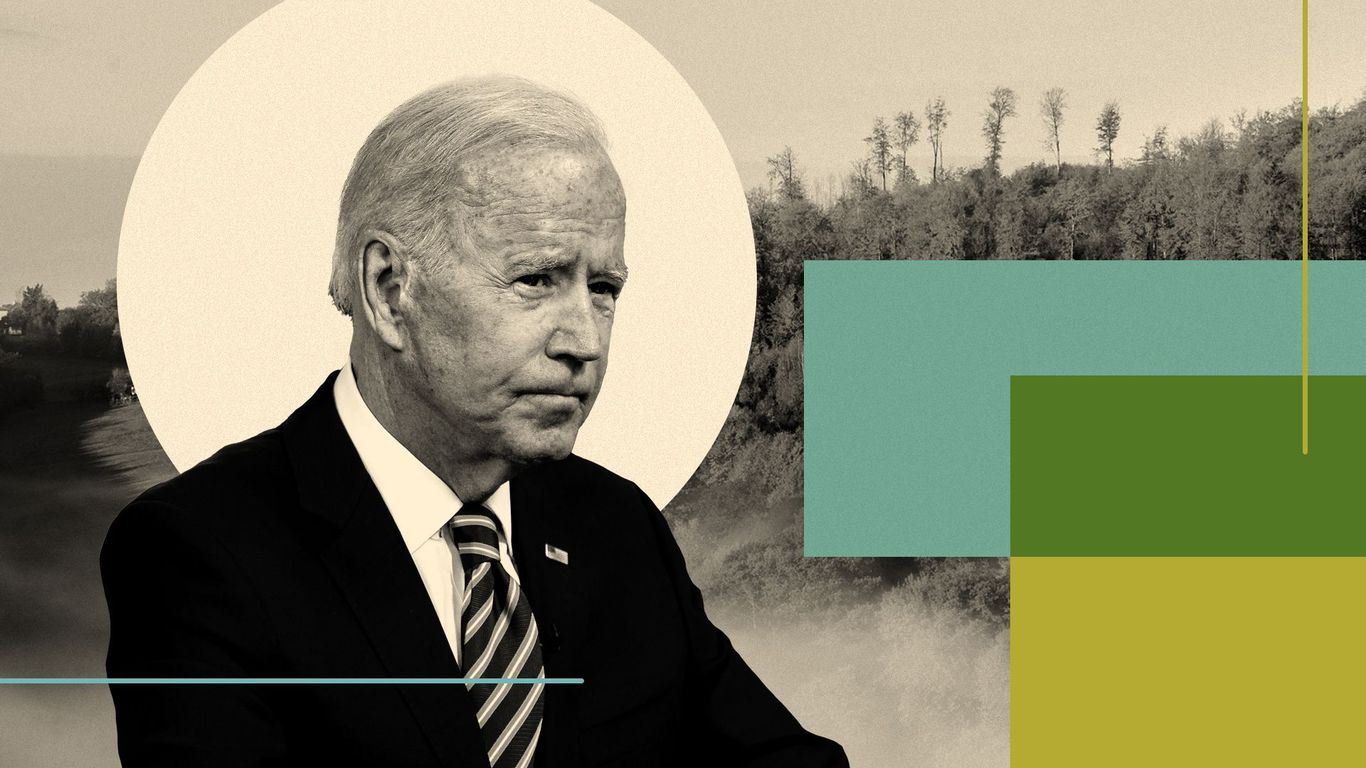 President Biden is about to have his first big opportunity to rally global climate action as he visits Rome for the G20 meeting and Glasgow for the crucial COP26 climate summit.

The big picture: Biden will arrive in Glasgow on Monday with a significant new goal: $555 billion in climate-related spending. But tensions with China, lingering mistrust of the U.S. on climate and the inherent difficulties of corralling 197 countries are all working against him.

Why it matters: This is easily the most significant U.N. climate summit since Paris in 2015. It’s billed as the “last best chance” for countries to set a new climate course by pledging dramatic action this decade.

“Everyone is going to be parsing that speech,” said Rachel Kyte, dean of the Fletcher School at Tufts University and an advisor to the U.N. Secretary-General. She says all eyes will be on the two biggest carbon emitters, China and the U.S., both of which have left other countries disappointed so far.

Yes, but: U.N. climate summits are never about just the superpowers, given that each nation on Earth participates and all major decisions are reached by consensus. In other words, every country is its own Joe Manchin or Kyrsten Sinema.

The bottom line: “They will be everywhere trying to drive this process to an outcome where the world feels like there’s an agreement that gives everyone confidence that we have the right objectives and we have the determination to get there,” says Pete Ogden, formerly a senior member of Barack Obama’s climate team and now VP for climate at the U.N. Foundation.