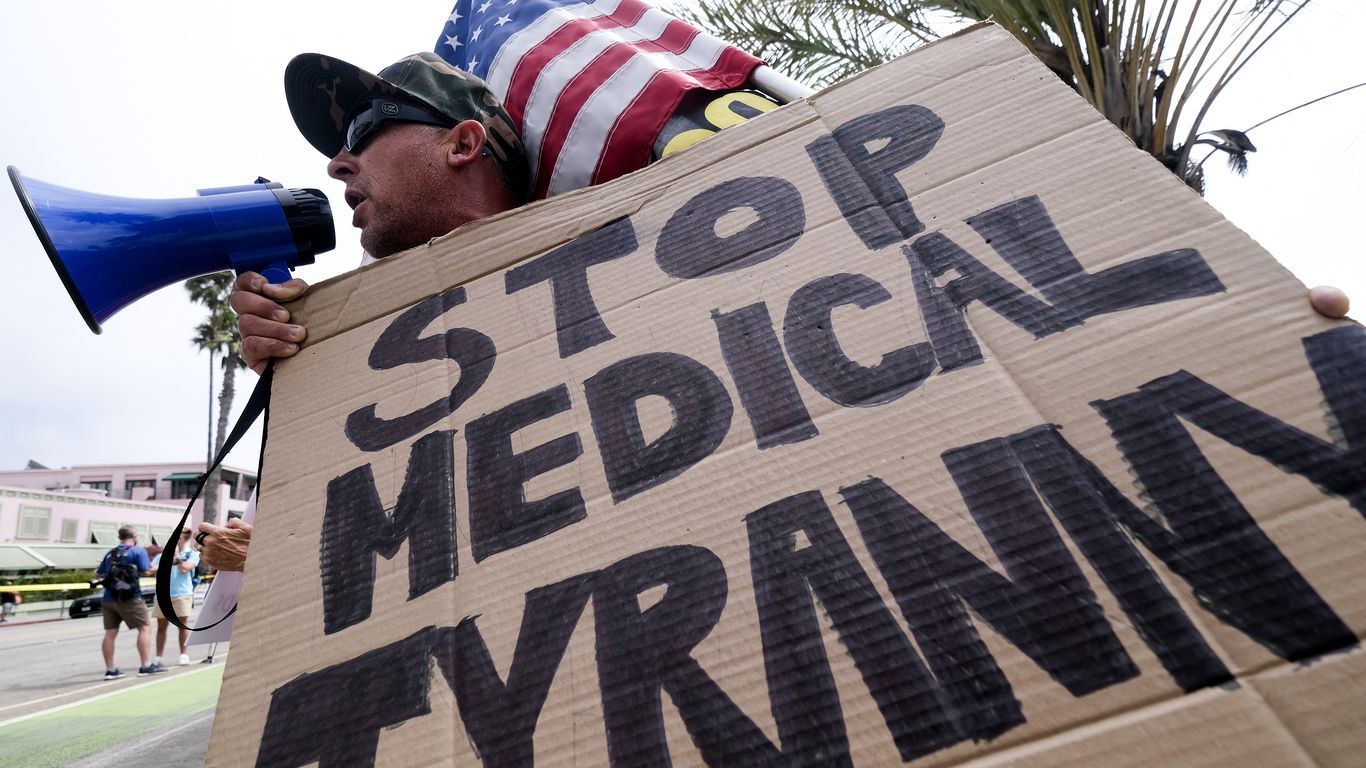 President Biden on Thursday announced aggressive new mandates on vaccinations and testing. Axios experts break down what the announcement means for politics, business and health care.

Axios’ political reporter Hans Nichols: White House officials know that Biden was elected to contain the virus — and that if he’s not successful, his entire presidency is at risk.

Axios’ health care reporter Caitlin Owens: Most voters are vaccinated and polling suggests Biden may not face as much backlash as Republicans hope — especially if voters ultimately see his heavy hand as helping life get back to normal.

Axios’ business editor Kate Marino: Many corporate leaders have been looking for stronger guidance on vaccine mandates from the federal government. The downsides are that there are people who may quit jobs while we’re in a labor mismatch and war for talent.