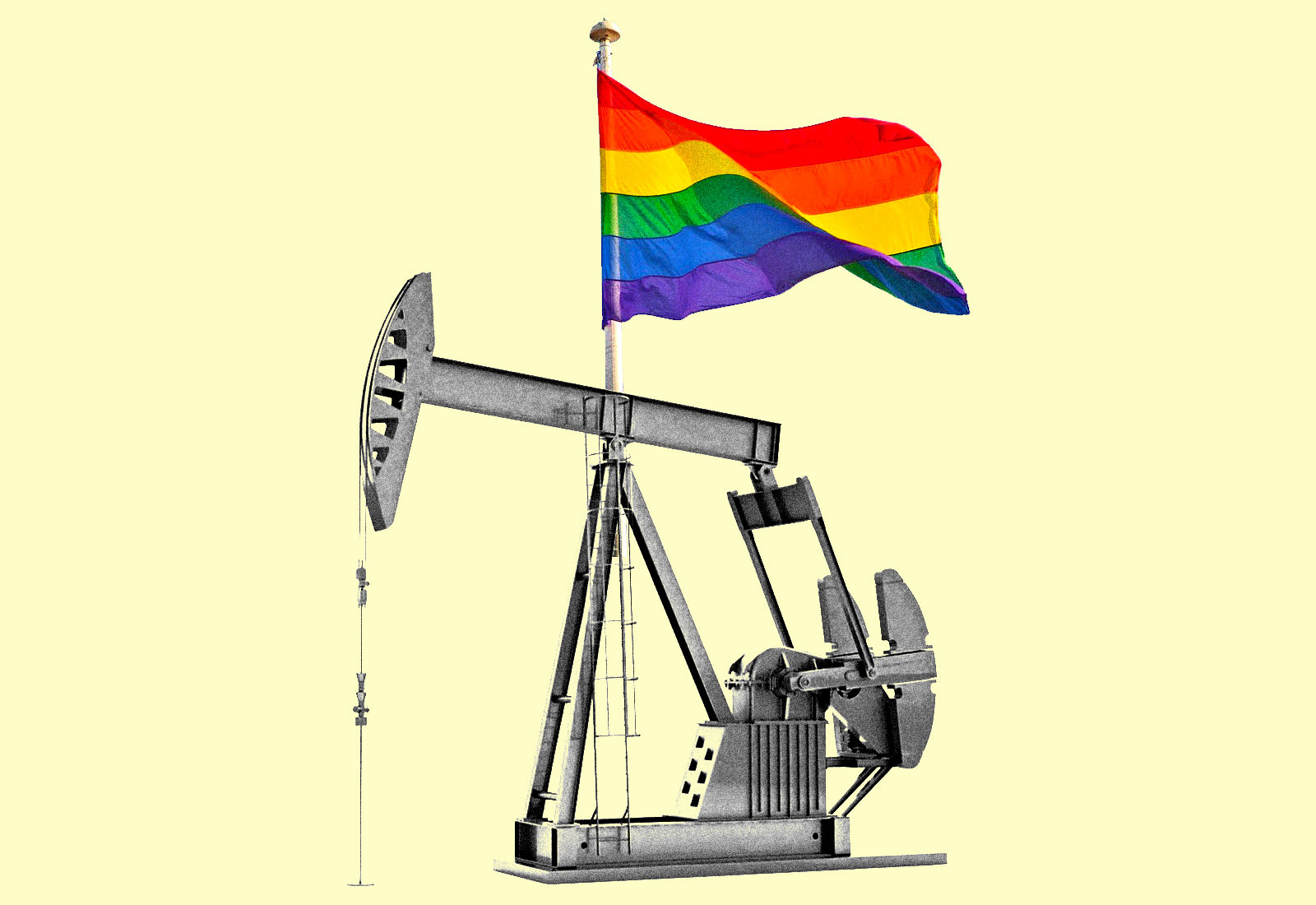 June is Pride Month, and Corporate America won’t let you forget it. Every year around strawberry season, social media is flooded with logos decked out in rainbow colors, a show of public support for the LGBTQ community. But those pretty logos are often accused of being a form of “rainbow-washing” — marketing spin that boosts a company’s social justice cred, with little substance behind it.

This week, the American Petroleum Institute hopped on the rainbow-colored bandwagon, adding the classic gradient to its logo on Facebook, Twitter, and Instagram. (The oil and gas industry’s biggest lobbying group isn’t keen on TikTok, apparently.) One corner of the Twitter universe was not having API’s change of look, with reactions ranging from the woozy face 🥴 to the vomit face 🤮.

Before rainbow-washing, there was “greenwashing,” another form of marketing spin. It all started with some dirty towels in the 1980s. An environmentalist named Jay Westerveld coined the term after visiting Fiji, where he saw a note in a resort asking customers to pick up their towels to preserve the oceans and reefs (“help us help our environment!”). The irony struck Westerveld, who knew that the resort was expanding regardless of the environmental consequences. “I don’t think they really cared all that much about the coral reefs,” he later told the Guardian.

Soon after his trip to Fiji, Westerveld wrote an essay in 1986 about what he called “greenwashing”  — a play on the “whitewash” metaphor for glossing over vices — and the term caught on quickly among environmentalists. Around the same time, Chevron put out commercials that resembled low-budget nature documentaries, showing a grizzly bear awakening from hibernation to a lush meadow that was once an oil exploration zone and a fox escaping from a coyote by jumping into an oil pipe, an apparent attempt to burnish the company’s environmental record. The campaign went on to win an Effie advertising award, as well as becoming the standard for greenwashing.

Over the years, the -washing suffix has been used to describe other corporate PR tactics. The 2010s brought “pinkwashing,” when some of the companies slapping pink ribbons on everything for breast cancer awareness were selling products linked to breast cancer. More recently, “woke-washing” has emerged as a catchall term to refer to brands trying to burnish their reputation with various social justice platitudes.

The oil and gas industry has been accused of all sorts of woke-washing, from Chevron putting out a Black Lives Matter statement to a Shell gas station adding an apostrophe to its logo, turning into She’ll for International Women’s Day. And API’s rainbow logo wasn’t the industry’s only foray into Pride Month. Chevron put out a tweet with the hashtag #ChevronPride, celebrating the 30 year anniversary of its PRIDE employee network: “To celebrate, we’re holding a series of joyful events that highlight intersectionality and honor our personal identities and experiences that make each one of us unique.” BP and Phillips 66 also tweeted Pride statements.

LGBTQ workers in the oil and gas industry have reported harassment, and oil companies have taken measures to address discrimination (in Exxon’s case, implementing policies it once opposed). But even with high marks on the Human Rights Campaign’s corporate equality index, an attempt to judge companies’ LGBTQ policies, oil majors are getting called out for rainbow-washing. Chevron, for example, has funneled more than $6 million to PACs working to keep GOP leaders in Congress — many of whom have blocked legislation on climate change and LGBTQ rights. Last year, before the presidential election, Republicans voted to keep their 2016 platform, which diminishes the threat of climate change and also called for a ban on same-sex marriage.

Companies are increasingly feeling the need to show their support for progressive causes — but when people start poking into what’s happening behind the scenes, some of those rainbow logos lose their shine.