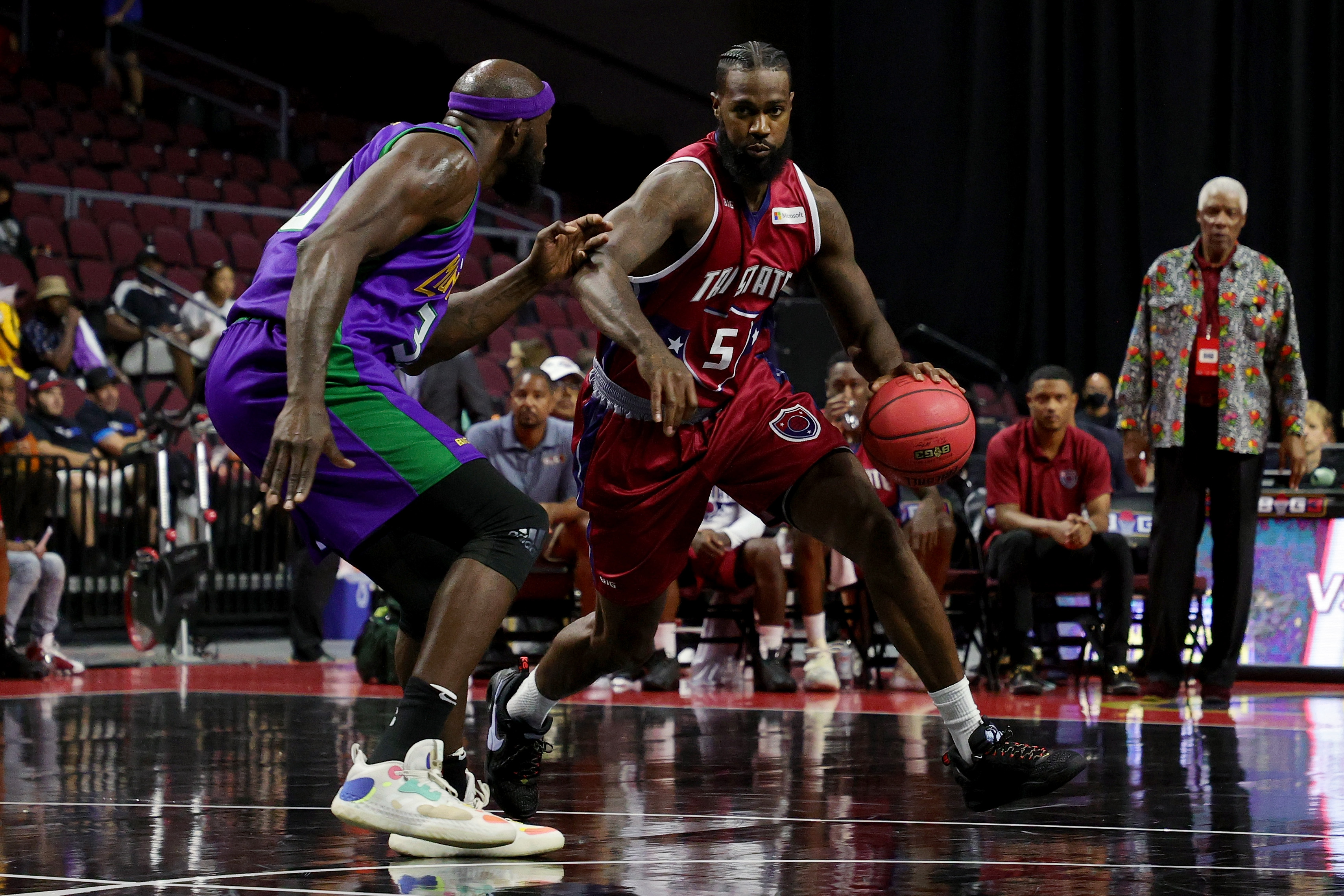 After a successful 2021 debut last week, the BIG3 season resumed Saturday with three games from Orleans Arena in Las Vegas.

The marquee game of the day featured Triplets taking on Power. Triplets is the defending BIG3 champion after going 7-1 and defeating Killer 3’s in the 2019 title game.

Triplets’ quest for a second straight title got off to a strong start last week with a 51-39 win over Bivouac. Their 12-point margin of victory was tied with Trilogy for the largest in Week 1.

Power, the fourth-place finisher two years ago, began the 2021 season with a 51-46 win over Enemies.

Trilogy rode a hot start in the first half to a 50-43 win over 3 Headed Monsters despite the best efforts of Kevin Murphy.

3 Headed Monsters did catch fire in the second half to erase a 26-17 halftime deficit. Head coach Gary Payton’s squad got within three points at 46-43 before Jarrett Jack put the game away with a four-point shot.

JARRETT JACK FOR THE WIN!

The game-winner was Jack’s only non-two-point basket of the game. The former Georgia Tech star finished with 10 points and three assists.

Murphy was a one-man show for the 3 Headed Monsters with 25 points in defeat.

The Monsters star made 10 field goals, including three from three-point range and one four-point shot. Mahmoud Abdul-Rauf was the only other player on the team that made more than one basket.

Joe Johnson almost single-handedly carried Triplets to a 50-47 win over Power in the second game of the day.

The seven-time NBA All-Star dropped 34 points, most in a BIG3 game this season, and grabbed nine rebounds. He also called game on a three-pointer with the score tied at 47.

Johnson has been one of the most unstoppable forces in the BIG3 since joining the league in 2019. He was named MVP and led the Triplets to a championship in his first season.

No other Triplets player had more than six points. Jamario Moon did show off his shooting touch with two three-point field goals. The Triplets as a team made eight shots from behind the arc.

Cuttino Mobley continues to do everything he can for Power. The 45-year-old Rhode Island alum scored 22 points Saturday after putting up 26 in Week 1 against Enemies.

Killer 3’s looked to be in control of things with a 26-16 lead at the intermission. Franklin Session and Josh Powell were fantastic all day. They combined for 30 points, 15 rebounds, four assists and two steals in defeat.

Coming out of the break facing a 10-point deficit, 3’s Company immediately got back into the game with a 25-9 run to go up by six.

Jeremy Pargo, who finished with a game-high 22 points, made three four-pointers. His last one sealed the win for his squad.

Killer 3’s only made two three-point shots in defeat.

Mario Chalmers had a strong offensive game to support Pargo. The two-time NBA champion racked up 13 points and made three three-point field goals of his own.

The second half of the BIG3’s Week 2 schedule will take place Sunday, starting with Enemies vs. Ghost Ballers. Tri-State will square off against Bivouac, and Ball Hogs will take on Aliens.