Biggest Positions of Need for the Browns Entering 2022 NFL Offseason 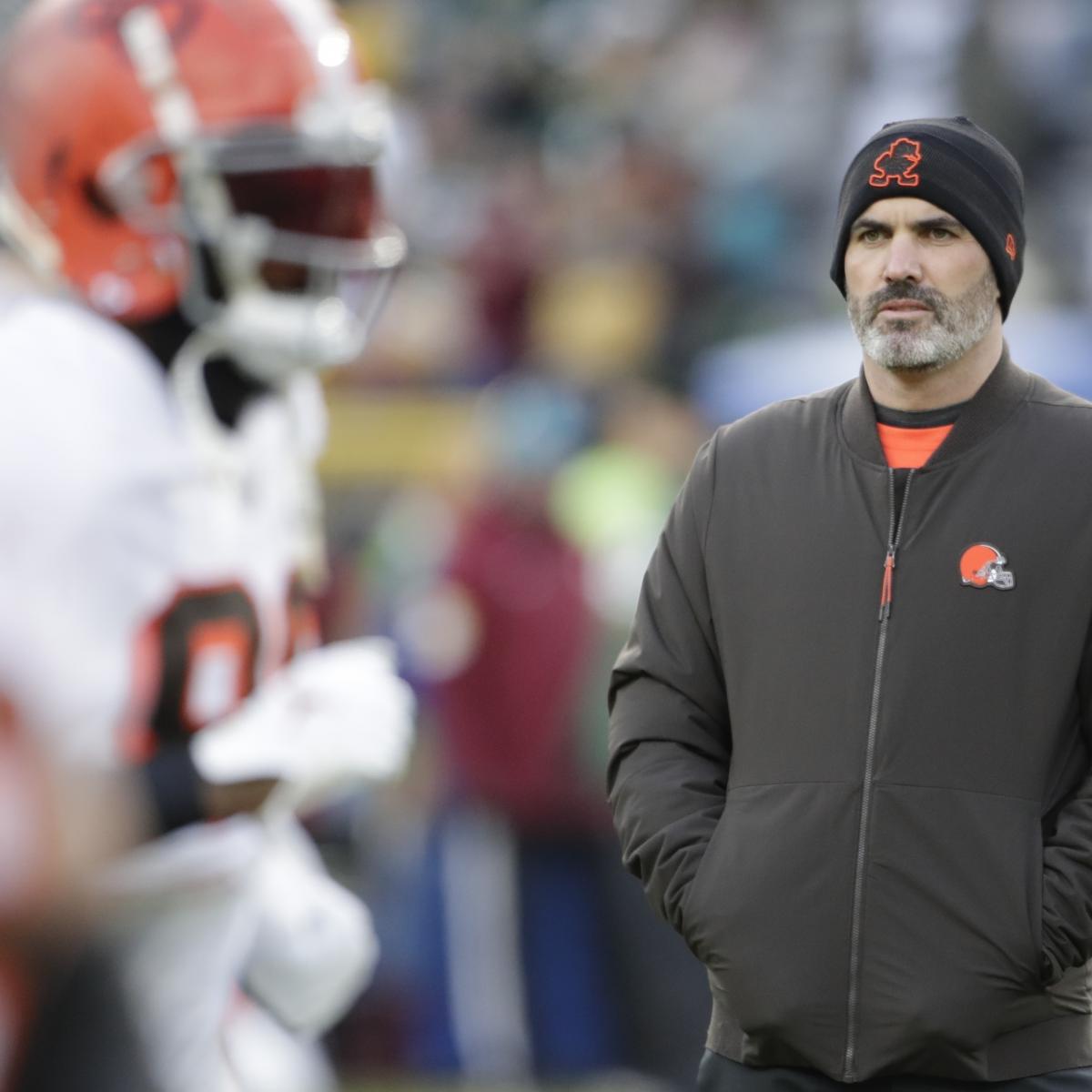 The Cleveland Browns should begin the offseason upheaval of their roster by finding more help for Baker Mayfield.

The quarterback had limited options in the passing game after Odell Beckham Jr.’s tumultuous departure in the middle of the season.

The Browns have depth at running back, tight end and offensive line after financially committing to those positions in previous offseasons.

Head coach Kevin Stefanski and his staff must now seek out a star wideout in free agency or the 2022 NFL draft to give Mayfield the best chance to succeed in his fifth season with the franchise.

Cleveland’s best approach at wide receiver should be through the first round of the 2022 NFL draft.

The Browns already have over $10 million committed to six players for next season, and four of those contracts belong to offensive players, per Spotrac.

Cleveland has been willing to shell out for help on the offensive line and at tight end in previous years, but the elite free-agent wide receivers may cost too much for the franchise.

Instead of paying Davante Adams, Chris Godwin or Mike Williams, the Browns can find an impact player in the draft. All they need to do is look to an elite college program in the state of Ohio for an answer.

Ohio State’s Chris Olave and Garrett Wilson should be the top two wide receivers in the draft class. Alabama’s Jameson Williams suffered a torn ACL in the College Football Playoff National Championship and he may be viewed as a risky selection because of that.

Donovan Peoples-Jones and Anthony Schwartz are nice depth pieces to have at wide receiver, but neither looks like a clear No. 1 at the position.

Cleveland should draft an elite wide receiver to learn under Jarvis Landry and eventually take over the top spot on the depth chart.

The Cincinnati Bengals mastered the improve-by-draft strategy with Ja’Marr Chase, and the Baltimore Ravens have a plethora of young wide receivers on their roster. The Pittsburgh Steelers succeeded with Chase Claypool through the talent grab as well.

Cleveland needs to stay in contention with its AFC North rivals, and one way to do that is to get Mayfield a top threat in the passing game.

Cleveland has an important decision to make regarding the future of Jadeveon Clowney.

The veteran pass-rusher recorded nine sacks, 19 quarterback hits and 11 tackles for loss on his one-year deal with the team in 2021. He is more than deserving of another contract from the Browns, but they have to figure out if they want to stick with the Clowney-Myles Garrett tandem.

There is also the possibility that the Browns get outpriced on the free-agent market if a few teams were impressed with the 28-year-old’s output. Clowney had nine sacks for the first time since the 2018 season.

Cleveland could pivot its attention to a younger edge-rusher, such as Haason Reddick or Harold Landry, or it could select one in the early stages of the draft.

The Browns’ approach at defensive end could be predicated on whether Clowney comes back, but even if he does, they should explore getting younger at the position.

Cleveland has a good chunk of money committed to the defensive backfield through the Denzel Ward and John Johnson contracts. But it might need to find more cash for that area of the field in the offseason because of the threats inside the AFC North.

The Browns gave up the fifth-fewest passing yards in the NFL in 2021, but they also conceded 29 passing touchdowns, which was tied for the ninth-worst total.

Ronnie Harrison is an unrestricted free agent, and the team could use some depth behind Ward and Greg Newsome at cornerback.

The Browns could be aggressive in the defensive back market again and pluck Jessie Bates III away from the Bengals to fill the position next to Johnson at safety.

Carlton Davis, Stephon Gilmore and Steven Nelson could also be among the free-agent targets in the secondary as well.

Cleveland must have no weaknesses in that area of the field to contend with the loaded wide receiver rooms in Baltimore, Cincinnati and Pittsburgh.

The Browns can level the playing field in the division a bit with a key addition at defensive back and an elite wide receiver for Mayfield.

The franchise has plenty of work to do in the next few months, but there is potential for the team to improve and push back into the playoff mix in 2022.