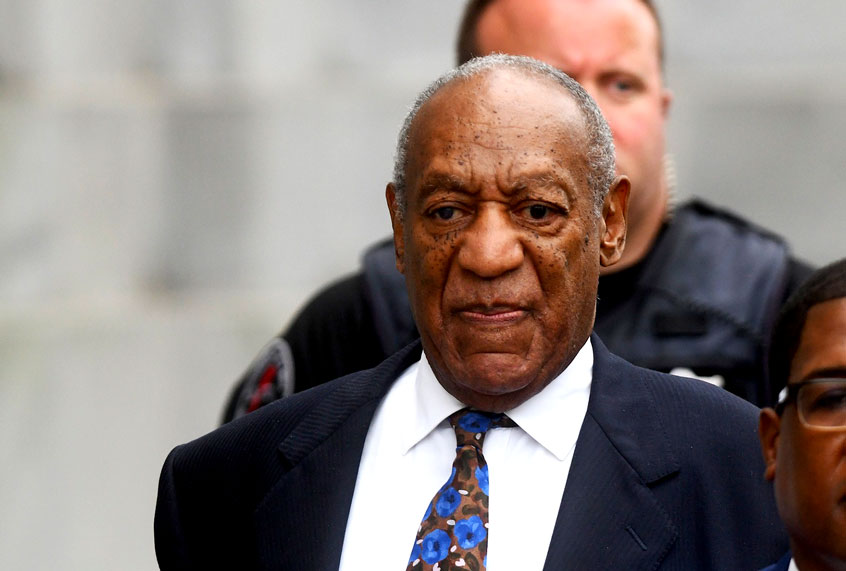 Bill Cosby departs the Montgomery County Courthouse on the first day of sentencing in his sexual assault trial on September 24, 2018 in Norristown, Pennsylvania. (Mark Makela/Getty Images)

The Pennsylvania Supreme Court has overturned Bill Cosby’s sexual assault conviction on Wednesday, after Cosby has served just under three years of his three-to-10-year sentence, according to the AP. The court said it found an agreement with a previous prosecutor that prevents Cosby from being charged in the case.

According to the Associated Press, District Attorney Kevin Steele, who had seen to Cosby’s arrest, had actually been obligated to uphold his predecessor’s promise to not charge Cosby. Steele’s predecessor made this promise when Cosby gave incriminating testimony in the civil suit of Andrea Constand, who accused Cosby of drugging and sexually assaulting her several decades ago. However, the AP reports that there is no evidence this promise by the former district attorney was ever put in writing.

The court wrote in its decision that overturning Cosby’s conviction and barring any further prosecution “is the only remedy that comports with society’s reasonable expectations of its elected prosecutors and our criminal justice system.”

The court also wrote that the trial judge at Cosby’s trial, who had first allowed just one of his other accusers to testify, before allowing five other accusers to testify about their alleged experiences with Cosby in the 1980s, had tainted the trial by doing so. However, a lower appeals court in Pennsylvania says it was appropriate for the prosecution to call these witnesses to show a pattern in Cosby’s alleged behaviors.

Last month, Cosby was denied parole by the Pennsylvania Parole Board for his refusal to complete a sex offender treatment plan. The actor, who has been accused of sexual assault by 60 women, has also said that he would rather serve his full sentence than acknowledge any remorse over the alleged encounter with Constand.

Cosby was originally convicted and sentenced in September 2018, found guilty of three counts of aggravated indecent assault. Despite how Cosby has been accused of sexual assault by dozens of women, his other accusers did not go to the police.

Cosby was first accused of date rape and sexual abuse by several women decades before the #MeToo movement rose to prominence in 2017. But for the most part, the allegations were ignored until a 2015 cover story by New York Magazine which featured 35 of Cosby’s accusers sitting in rows of chairs.

The magazine reported that Cosby’s dozens of accusers presented “almost as a longitudinal study — both for how an individual woman, on her own, deals with such trauma over the decades and for how the culture at large has grappled with rape over the same time period.” The first allegation against Cosby was made decades ago in the 1960s. At the time, his conviction in 2018 was seen as a mark of crucial progress in the ongoing movement for justice for survivors.