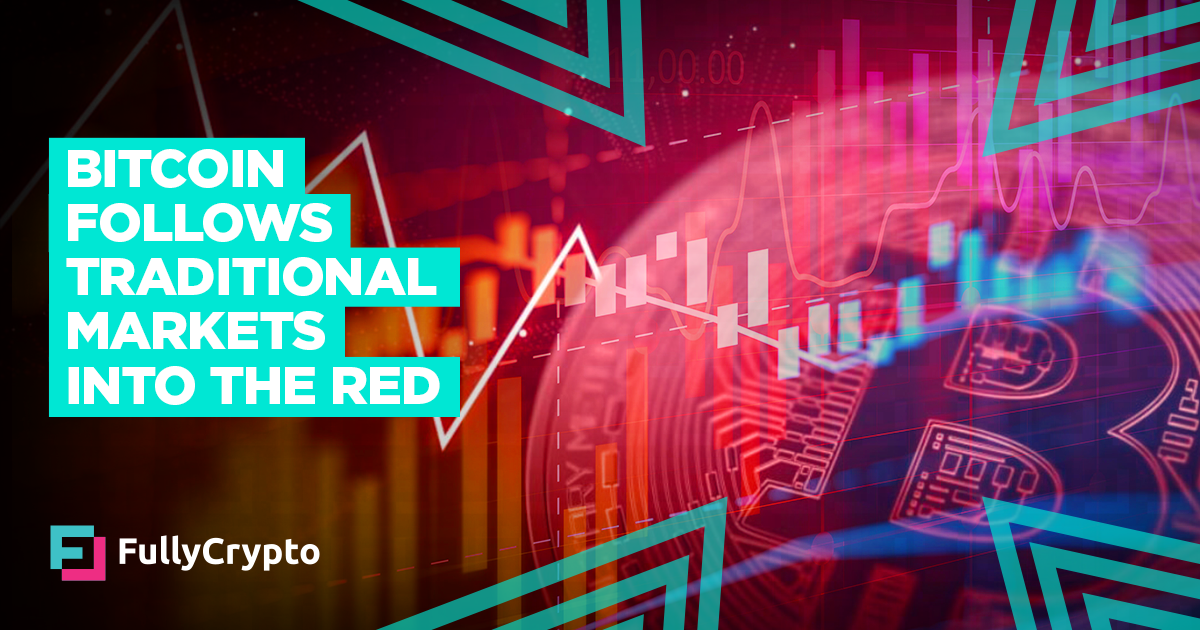 Bitcoin has followed traditional markets into the red following weeks of stagnation around the $30,000 mark. Nervousness around the increase in coronavirus cases worldwide has spooked the markets which, coupled with the fact that they, like Bitcoin, enjoyed a spectacular 2020 means that the inevitable cooling off may finally have arrived. This couldn’t have come at a worse time for bulls as Bitcoin has now dropped to a key area that, were it to break, would see little resistance until $24,000. On the flip side, the U.S. Dollar Index has broken a key resistance, which typically spells bad news for Bitcoin.

Bitcoin was already looking dicey following its double rejection at $36,000, and the premonitions of doom that followed have so far panned out:

As we can see, the heady rush that took Bitcoin from $20,000 to $42,000 has provided us with very few areas of resistance on the way down. Were Bitcoin to break through the current block there is nothing to stop it heading down to $24,000, with $20,000 below that, a move that would eliminate seven months worth of gains.

A key reason why Bitcoin is struggling so much can be seen in traditional markets. The Delta variant of the coronavirus, coupled with the low vaccination take up in the U.S., has spooked investors in traditional markets into thinking that the economy could be about to suffer another downturn. This has resulted in drops in major stock indices as well as individual companies:

Conversely, the U.S. Dollar Index, which we have warned on several occasions was waiting in the wings to spoil the Bitcoin party, has broken through a major line of resistance:

This fear in the markets combined with a potentially resurgent dollar could mean that what was shaping up for a boring summer for Bitcoin could instead be one of drama, but quite the wrong kind.