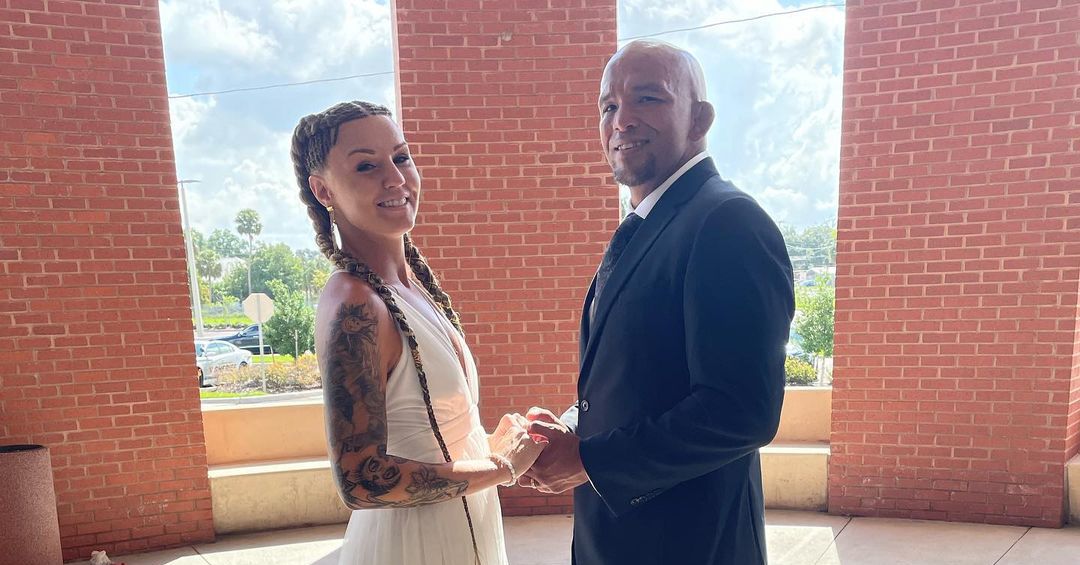 The Bare Knuckle Fighting Championship stars announced Wednesday that they wed at a ceremony in Florida. Hart and Beltran shared pictures from the happy occasion on Instagram.

A Queen isn’t afraid of what’s in front of her because she knows a King is behind her….

…and a whole army

[Joey Beltran] so happy today we went from basically to officially – and you are MY KING! It’s time to dominate the world

We decided to choose us today. I remember after the first day I met you [Britain Hart] I knew you were my one. 2 days later I remember telling [boxing trainer Adam Castro] I think I’m gonna marry Britain Hart. Today we made it official. I couldn’t be happier to marry the person that knows me the most and is my best friend! I love you Britain cheers to forever

Hart has become one of BKFC’s standout fighters after she defeated Paige VanZant this past February and then cut a memorable promo in which she described herself as “not a person,” but “a f*cking feeling.” She returns to the ring this Saturday to fight Jenny Clausius at BKFC 19 in Tampa, Fla.

A former UFC and Bellator fighter, Beltran has also found success with the BKFC. He captured the promotion’s heavyweight title in 2019 and has put together two straight title defenses, most recently defeating Sam Shewmaker at BKFC 18 in June.