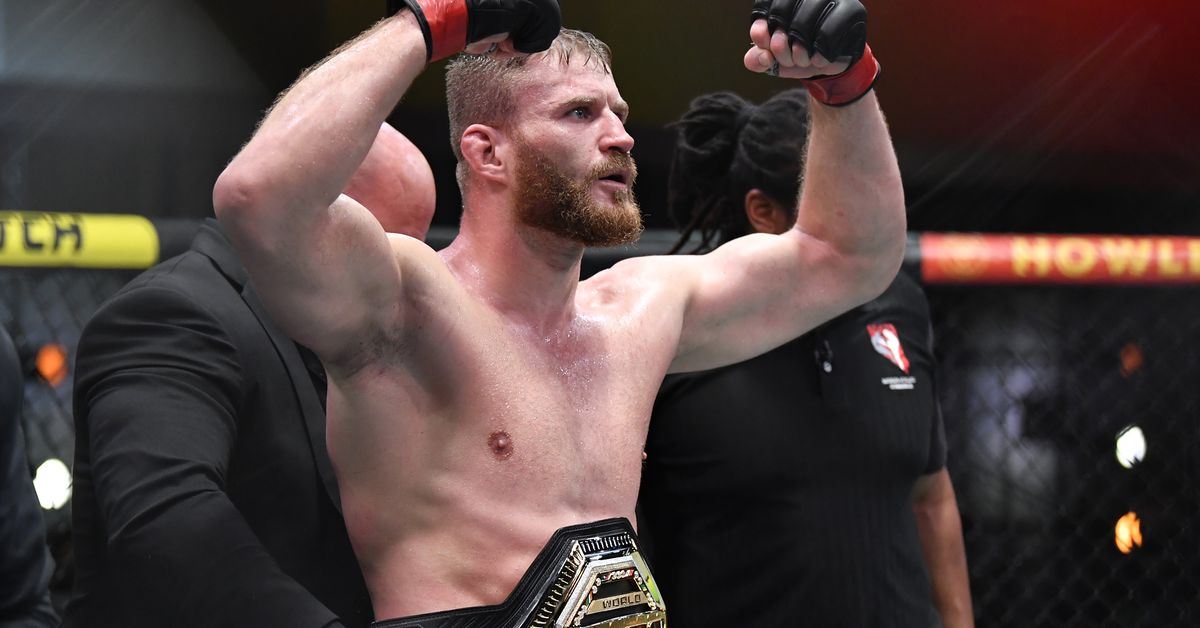 The latter vacated the belt last year when he announced that he would be moving up in weight to compete at heavyweight and, since then, Blachowicz has gone on to beat Dominick Reyes and Israel Adesanya in back-to-back title fights, cementing himself as the rightful champ.

Speaking to Submission Radio in a recent interview Blachowicz, who most recently defended his title against Adesanya, explained why fans consider him the new light heavyweight king.

“I think people start to respect me—not start, they respect me,” Blachowicz told Submission Radio (transcription via Denis Shkuratov). “They know that I’m the true champion right now. You see what Jon Jones is doing, nobody knows what is in his head right now. Maybe he will not fight anymore because he thinks that he’s not so good. No, he is so good, but we catch [up to] his level and even we are now much better than he was. And I think that he knows that and that’s why he doesn’t want to fight anymore. I think that. But we will see.

Blachowicz is gearing up to fight Glover Teixeira in his next title defense at UFC 266 and, as much as he respects Teixeira, Jan won’t hesitate to utilize his ‘legendary Polish power’ against the Brazilian on fight night, predicting another brutal knockout victory.

“Yeah, I’ll enjoy this fight,” Blachowicz said. “I’m excited. He’s a good fighter, lots of experience. He’s older than me (laughs). A really, really good fighter with lots of experience, with amazing jiu-jitsu, with really good wrestling, good boxing style. And also, I think he’s gonna be the best version of himself in this fight, because maybe this is going to be his last chance for the title. Maybe also one of the last fights in his career. I think he’s gonna do everything to beat me and I have to be ready for this. So I am excited.”

“It’s a pleasure for me that I would be his last fight in his life with me,” he added. “So I do the best fight I can do to give it to him. But sorry Glover, I have to knock you out. It’s not my problem.”

UFC 266, which is expected to feature Blachowicz vs. Teixeira as the main event, is scheduled to take place on Sept. 4 at a TBA location.