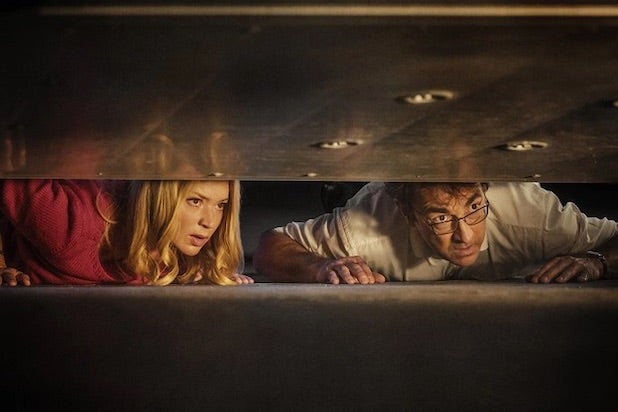 The black tragicomedy is about a terminally ill woman and a suicidal man on the run who team up in an attempt to locate the child the woman hasn’t seen in almost 30 years. It also won awards for Dupontel’s screenplay and for its cinematography and set design.

The only other film to win more than one award was the documentary “Adolescents,” which won in the Best Documentary and Best Editing categories.

“Two of Us,” France’s entry in this year’s Best International Feature Film category at the Oscars, was nominated for four awards and won one, for Best First Film.

Thomas Vinterberg’s “Another Round,” another international Oscar contender, won the foreign-film award over nominees that included Sam Mendes’ “1917” and one American film, Todd Haynes’ “Dark Waters.”

The awards were the first since last year’s stormy Cesar ceremony. That show had been preceded by the resignation of Cesar President Alain Terzian and the entire board of governors after protests over voting irregularities and the paucity of Black nominees, and it ended in tumult when some guests walked out in protest after Roman Polanski won the award for best director.

This year’s Cesars, under the leadership of Veronique Cayla and director Eric Toledano, gave two awards to Black actors, both in the categories for best newcomers: Jean-Pascal Zadi won for “Tout Simplement Noir,” while 14-year-old Fathia Youssouf won for “Cuties,” the Sundance film that stirred up controversy in conservative circles after it aired on Netflix last year.

The ceremony took place at the Olympia in Paris in a socially-distanced presentation with only nominees in attendance.