Black economists make up only 1.5% of Federal Reserve staff

Home /General/Black economists make up only 1.5% of Federal Reserve staff 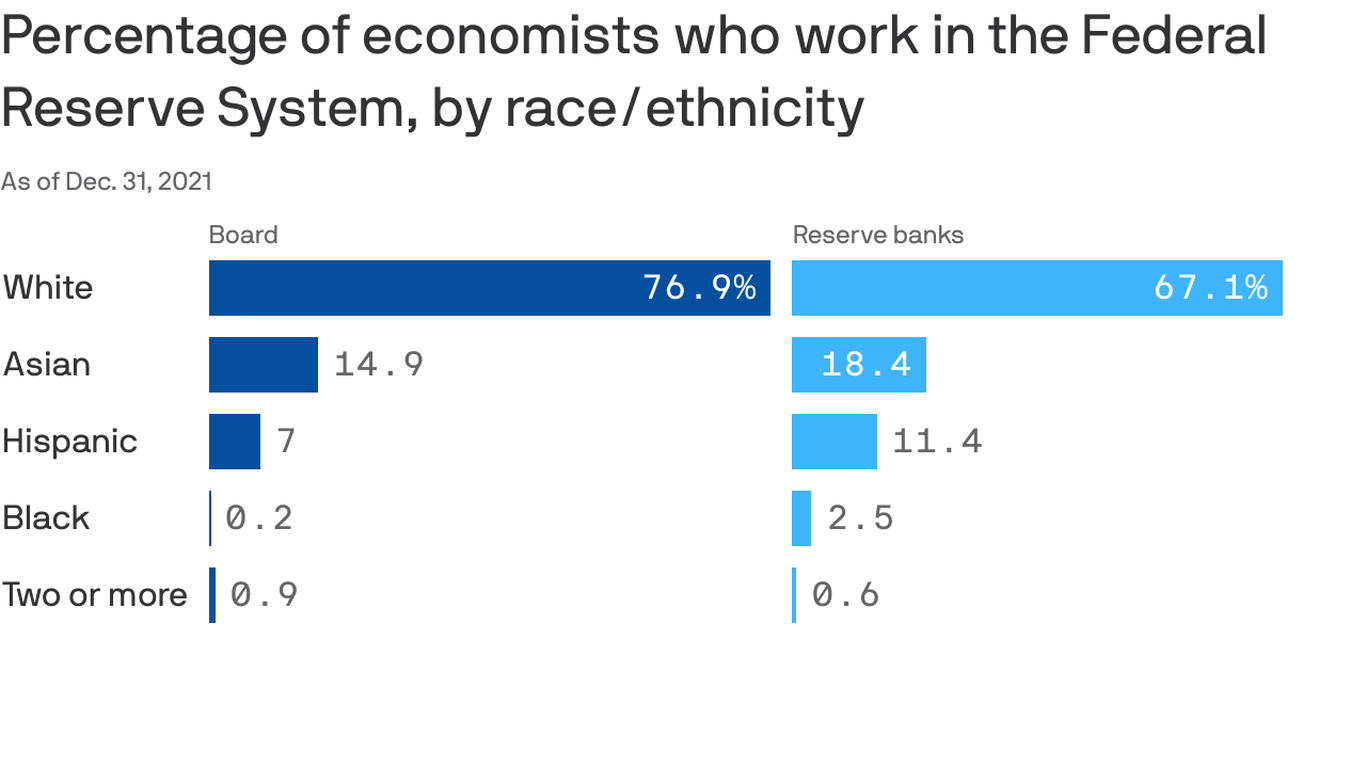 Black researchers remain woefully underrepresented in the Federal Reserve system, comprising only 1.5% of its 945-person staff of economists, according to Fed data published publicly for the first time on Thursday.

Why it matters: The numbers highlight the Fed’s struggles with diversity as its 12-bank system and Board of Governors in D.C. make crucial decisions about economic policy that have a wide range of impacts on communities of color.

Zoom out: The new data confirms what was already previously known.

What’s new: Sen. Bob Menendez (D-N.J.), who serves on the Senate Banking Committee, on Thursday said he voted against confirming Jerome Powell to a second term as Fed chair due to the central bank’s “serious diversity problem.”

What to watch: The new Fed board will include two Black governors, Lisa Cook and Philip Jefferson. Cook is the first Black woman on the panel in its 108-year history.